Jake Gyllenhaal told Howard Stern that he’s looking towards the future with girlfriend Jeanne Cadieu, after the pair finally went public with their relationship.

Jake Gyllenhaal, 40, is so in love with his girlfriend, Jeanne Cadieu, 25. The actor gushed over the blossoming romance on The Howard Stern Show on Monday, October 4, and even hinted that the couple are ready to take some big steps in their relationship. “All I want is to be a good husband and a father…That really is what I want,” Jake told Howard Stern, per E! News. “And now that I have fulfilled a lot of things in my career that I feel comfortable with, I can safely say that. I don’t know if I could have said that before.”

The Spider-Man: Far From Home star sparked romance rumors with his model girlfriend back in 2018, but they kept their relationship out of the spotlight. On Sept. 26, Jeanne stepped out at the 2021 Tony Awards to support Jake, which the actor said he greatly appreciated. “It was nice having her there,” he told Howard. “It was great.” 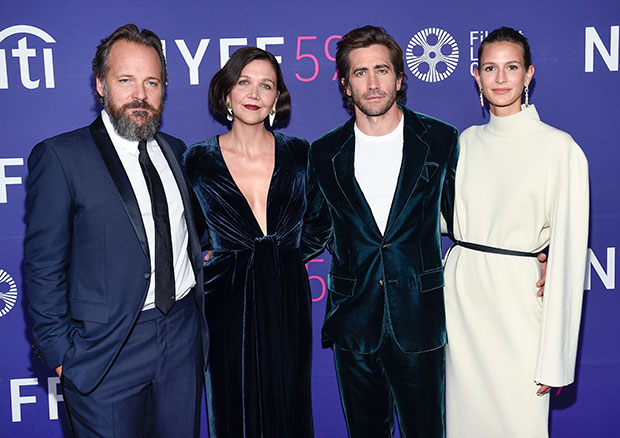 When Howard asked Jake if he plans to marry Jeanne, the Nightcrawler actor slightly dodged the question — but did reiterate his love for his girlfriend. “There’s only so far I’ll go as, you know, in talking about it,” Jake said. “I love her so much. She’s such a good person.” He also noted that having their relationship in the spotlight due to Jake’s career “is a choice” for both he and Jeanne. “I mean, I don’t think she really enjoys, you know, all the other stuff,” he explained, “and so that’s part of the reason why I just adore her. And not at all the main reason but, you know, one of them.”

Jake’s remarks about Jeanne come after the pair went public with their relationship by posing together on the red carpet for the premiere of Jake’s sister Maggie Gyllenhaal’s latest movie The Lost Daughter on Sept. 29. Afterwards, a source EXCLUSIVELY told HollywoodLife that Jake is looking forward to wherever their relationship will lead them next, after years of focusing solely on his successful acting career.

“Jake is such a good guy and he’s spent so many years working hard and focusing on his career,” our source said. “But now he’s reached a point in his life where he’s ready to think about the next chapter. He’s focused on maintaining a successful career and also pursuing aspects of his personal life. He’s crazy about Jeanne and they make a darling couple.”