Jessica Plummer, 28, won over the hearts of I’m A Celebrity viewers earlier this week, when she became extremely emotional after receiving her luxury item; a mug with a picture of her daughter on it. Since then, she’s immersed herself camp life, appearing to be settling into her new home at Gwrych Castle. But a simple mistake left her admitting she’d “messed up”.

The campers have all been pulling together to ensure they make their stay in the creaking ruins as comfortable and warm as possible, and Jessica took on the job of collecting the fire wood, but it wasn’t as easy as she thought.

During her first attempt to cut the wood into blocks they can throw on the fire, the EastEnders actress ended up breaking the wood splitter, leaving her fellow campers astonished at her strength.

AJ Pritchard and Giovanna Fletcher were shocked as the machine snapped as she attempted to use it.

“Jess, how strong are you?!” Giovanna shrieked in disbelief. 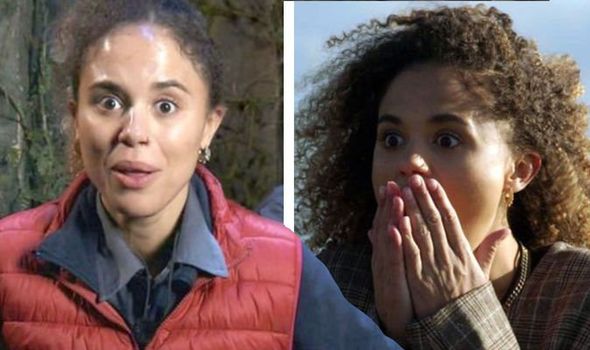 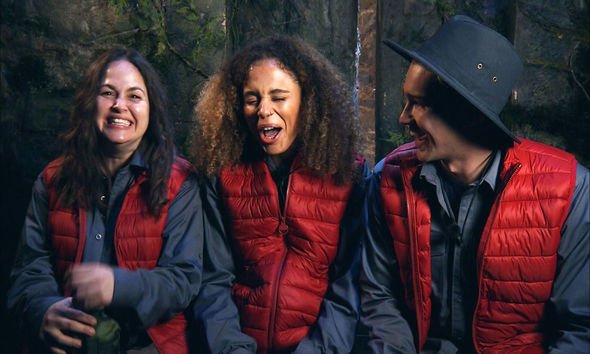 AJ laughed: “How have you broken that?!”

Jessica, who surprised herself, replied laughing: “Oh no! I’ve messed up.”

Last night, the 28-year-old took part in her first live trial, a challenge that saw her go head to head with Strictly’s AJ. 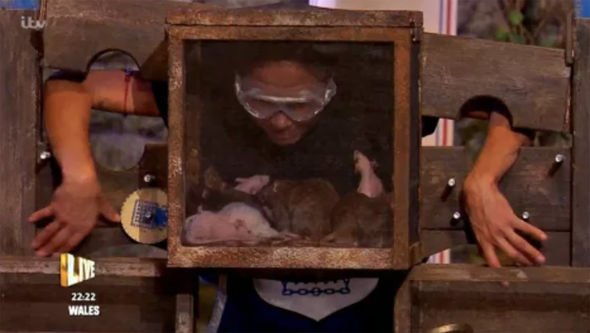 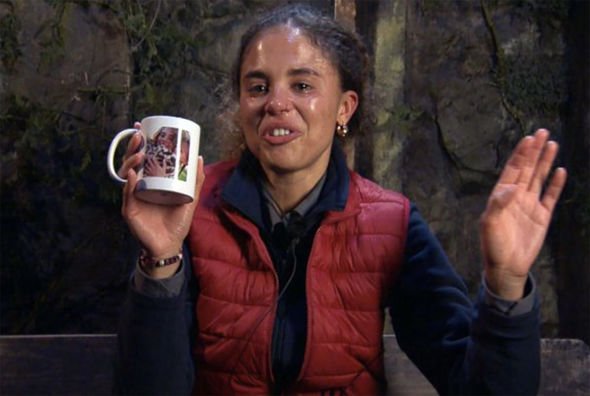 But her efforts seemed to ruffle a few feathers with fans who claimed the production crew had turned a blind eye to her “cheating”.

It comes after the 12 campmates were split into two rival groups after being summoned in front of Ant and Dec.

The “lords and ladies” were tasked with a series of challenges where the winners would be treated to a banquet after the show.

While the men eventually took the crown this time around, viewers pointed out that there seemed to have been a little bit of cheating going on that went unnoticed by producers.

As she and AJ were called up to face sticking their heads in a box full of rats while locked in stocks, Jessica’s panic seemed to take over.

Unable to assume her position, a masked ITV production assistant struggled to get her into the wooden structure in time and she was left able to complete the trial with the full motion of her arms, while AJ had to make do with using just his hands to unscrew the stars.

After a klaxon marked the end of the trial, viewers weren’t happy when she announced she had won the same amount of stars as AJ, pointing out she had a “clear advantage”.

Taking to Twitter, one said: “I’m sorry but Jess should be disqualified. She took so long that they didn’t even clamp her hands. She had a clear advantage over AJ. Not okay.”

Another agreed: “Ummmmm that was clearly unfair, her hands weren’t clamped?”

But someone else pitied the actress, whose panic worried Ant and Dec. They penned: “She tried her hardest and the men won anyway.”

“It seemed like she was having a panic attack,” another worried.

I’m A Celebrity continues tonight at 9pm on ITV.

Related posts:
November 21, 2020 Celebrities Comments Off on Jessica Plummer: I’m A Celebrity star admits she ‘messed up’ in major camp blunder
Celebrity News:
Alexis Sharkey WAS Murdered – Cause Of Influencer's Mysterious Death Finally Revealed
Emmerdale’s Katherine Dow Blyton fears axe over Harriet Finch and Malone murder storyline
Josh Duhamel in Talks to Replace Armie Hammer in ‘Shotgun Wedding’ Opposite Jennifer Lopez
Love Island’s Callum Jones details living with girlfriend Molly Smith and their new family addition – EXCLUSIVE
Dolly Parton Turns 75: Reese Witherspoon and More Celebs Pay Tribute
Recent Posts
This website uses cookies to improve your user experience and to provide you with advertisements that are relevant to your interests. By continuing to browse the site you are agreeing to our use of cookies.Ok