Back on track! Julianne Hough and Brooks Laich are in a good place in their relationship following their previous marital issues.

“Brooks and Julianne are totally fine and are working through any issues they previously faced,” a source tells Us Weekly exclusively. “At the end of the day, they love each other and they are still together.”

Us broke the news in January that the couple — who wed in July 2017 — “were having problems” in their marriage in December 2019.

A second source told Us that Hough, 31, and Laich, 36, were “going through a rough patch.” 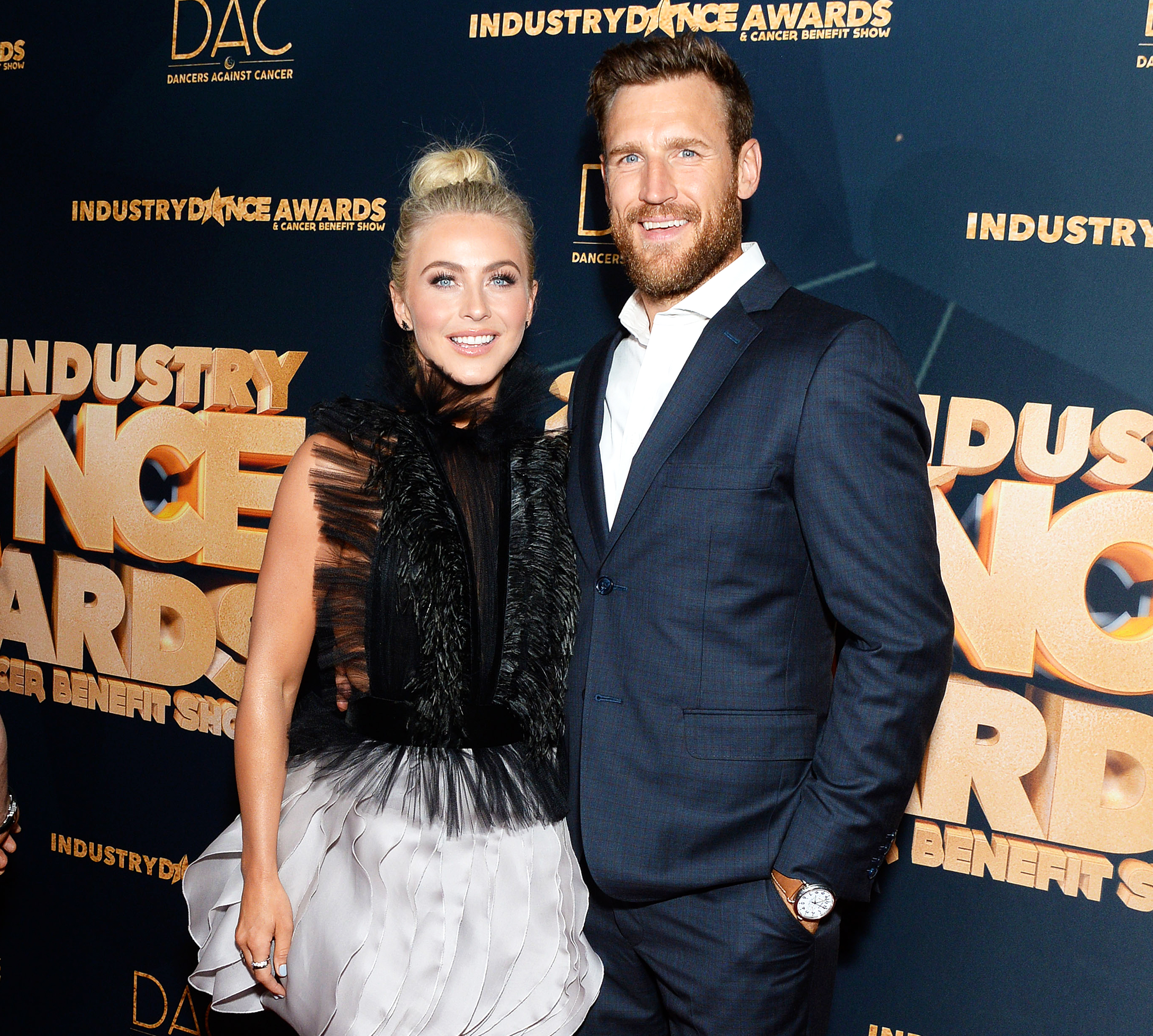 The insider added, “They have both been in different places for work so they haven’t been able to spend as much time together this past few months.”

The hockey player hinted at their marital issues in December when he shared via Instagram that his 2020 goal was “working on becoming a better man, a better version of me.”

Since then, Hough has been spotted without her wedding ring on multiple occasions. The Dancing With the Stars judge’s ring was missing in Instagram videos that she posted in December and January. Hough also did not wear her ring while cohosting NBC’s New Year’s Eve with Carson Daly on December 31.

“Julianne doesn’t think about her ring and her not wearing it is not to make some sort of statement,” a source told Us in January.

The insider added that the Grease: Live star “doesn’t wear it unless she needs to” and “most of the time she’s running around from rehearsals, etc.”

The source continued on that the pair “take ‘sabbaticals’ away from each other, but then they also meditate with each other and focus on healing.”

Although the couple have encountered some setbacks, Hough and Laich have stepped out together numerous times. The twosome were spotted hugging outside the Hollywood Burbank Airport in January. One month later, the couple went out for breakfast at Joan’s on Third cafe in Los Angeles. Laich also joined Hough on Valentine’s Day to support her as she prepared for a speaking engagement for her Kinrgy movement.

Laich revealed in a March episode of his and Gavin DeGraw‘s “How Men Think” podcast that lately he’s made his sexuality a priority in his life — thanks to his wife.

“Nothing dirty can exist between two people in love,” he explained. “A big part of my journey in 2020 is exploring my sexuality. And by that I don’t mean if I’m gay or straight. I mean, in my sexual relationship, what is my sexuality and what am I craving, and what are my desires and what are my wife’s?”

Laich added, “I’ve been exposed to a beautiful new side of life that I’d never explored or thought to explore. It’s amazing.”