Kaley Cuoco and Karl Cook are getting divorced after just over three years of marriage, and—in case you’re wondering—yep, they have a prenup. And yep, it’s pretty ironclad.

A source tells Us Weekly that Kaley has an “ironclad prenup in place” and that “her assets are protected.” 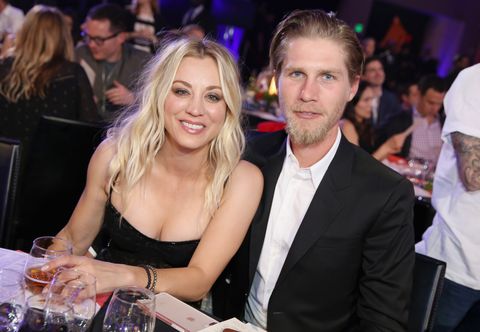 Details of the prenup are still under-wraps, but Us Weekly reports that both Kaley and Karl have been ordered to share details about “current income and expenses as well as property assets (owned both separately and together) and debts” within 60 days of their divorce filing.

ICYMI, Kaley and Karl shared news of their split in a joint statement to People:

The added, “We have made this decision together through an immense amount of respect and consideration for one another and request that you do the same in understanding that we will not be sharing any additional details or commenting further.”