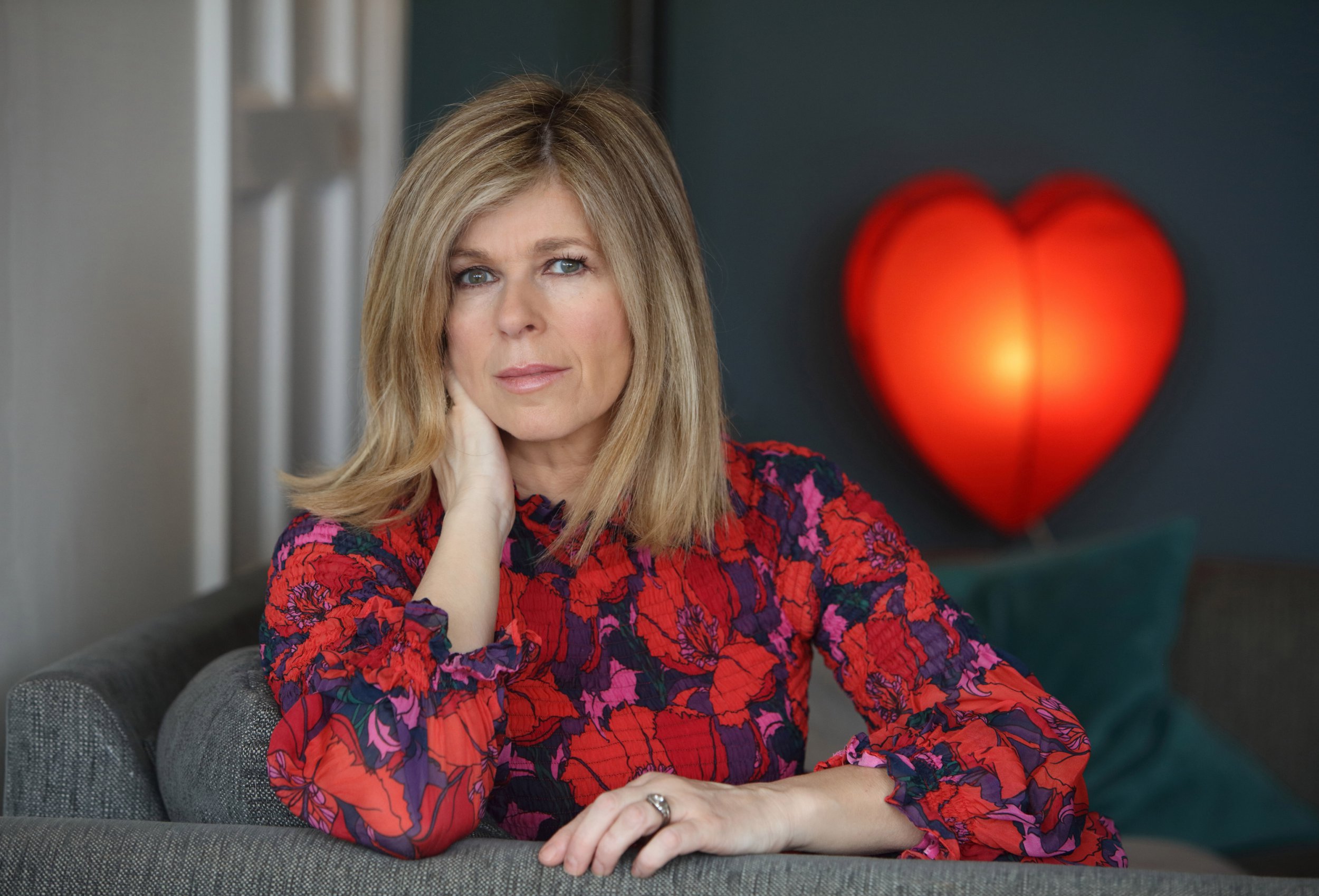 Earlier this year Derek returned to the family home he shared with Kate and their two children, Darcey and Billy, however despite the challenges that have faced her over the past year her smile has been unwavering.

Speaking about her ITV comrade, Charlotte said she is ‘full of admiration’ for Kate and mused it is ‘lovely’ working with her.

Charlotte told Hello! magazine: ‘She’s always got a smile on her face and despite everything she’s been through, has been so brave.

‘I’m full of admiration for how strong she’s been, to be able to do interviews about Covid, and people being ill.

‘We’re all there for her 100% and keep everything crossed that things will be okay with Derek.’

Kate – who was nominated for a National Television Award for her stirring documentary Finding Derek – recently shared her fears that anger over her husband’s condition and how the government handled the pandemic would consume her.

The star said she made a personal choice not to look for someone to blame for her husband’s battle amid former aide Dominic Cummings’ testimony, for fear of being ‘consumed by anger and frustration.’

She said: ‘I’ve made a really conscious decision to not down go down the road of looking to blame and forgive because so much could have been different and I just feel on a personal level I would be consumed with anger and frustration about everything.’

Kate went on: ‘I spent a lot of time reflecting on how things might have been different in lots of ways, both in the government’s handling it, in the scientific advice, in the doctors’ advice specifically to Derek. It was definitely confused, wasn’t it?

‘I think hindsight’s a wonderful thing but it doesn’t mean to say we shouldn’t address what went wrong.

‘So obviously there were things that could have helped, we now know but just as the doctors say, if we’d given Derek this particular medication at this point, we now know that would have definitely helped, but at the time, what we feared is it might have killed him.’

She added: ‘I’m quite generous to the government generally about the fact that they were looking at the situation and thinking, what is going to be the most harmful?

‘If as he said, Boris Johnson was more obsessed with the economy, maybe he genuinely believed that was the biggest risk but it doesn’t mean to say that things like planning for the pandemic, planning for the lockdown, that should have been something that was in place, not just from Boris Johnson’s perspective or Matt Hancock’s perspective, but as a society, that we haven’t got those things in place.’

Read the full story in Hello! magazine, out now.

Related posts:
June 7, 2021 Celebrities Comments Off on Kate Garraway applauded for doing interviews on Covid amid husband's battle
Celebrity News:
'Heroes': The Original Pilot Was 'Too Controversial' to Air
Kim Kardashians Daughter Chicago Gets Caught Trying To Sneak Off With Mommys Designer Bags
Britney Spears wants freedom: What is conservatorship? Why would someone need a conservator?
Snooki Sounds Off on Angelina Pivarnick & Chris Larangeira: Theyre So Messed Up!
Courteney Cox Struggled With Long-Distance Relationship, Ruled Out Zoom Intimacy
Recent Posts