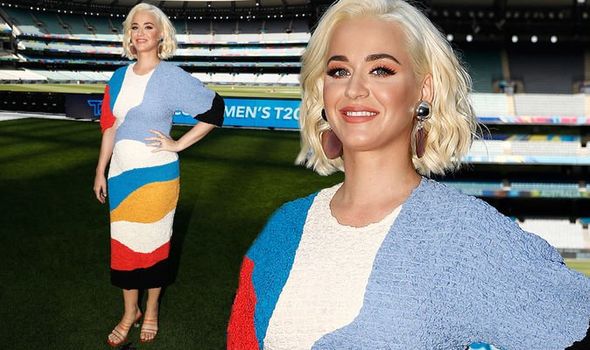 Earlier this week, the singer revealed she is expecting her first child with fiancé Orlando Bloom, 43, in the music video for her new song Never Worn White.

The pop star revealed her pregnancy to the world in the final scenes of the music video, which showed her cradling her baby bump.

True to form, Katy wore a bold colourful look for her outing in Australia today.

The mum-to-be opted for a figure-hugging dress in red, white, blue and orange which clung to her curves and gave fans another glimpse of her burgeoning bump.

Wearing her short blonde tresses in waves to her shoulders, the singer enhanced her good looks with glam make-up and sported a pair of eye-catching earrings. 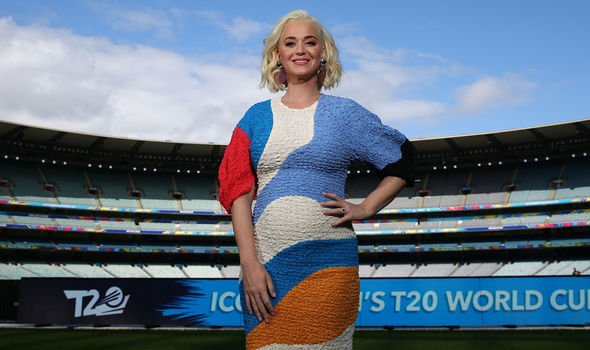 Katy posed for pictures at the Melbourne Cricket Ground ahead of the ICC Women’s T20 World Cup final which takes place tomorrow.

The Roar hitmaker will take to the stage ahead of the big match between Australia and India on International Women’s Day.

Katy told her 91 million Instagram followers: “We’re trying to make it the most attended female sporting event ever… it’s going to be an incredible way to celebrate International Women’s Day.” 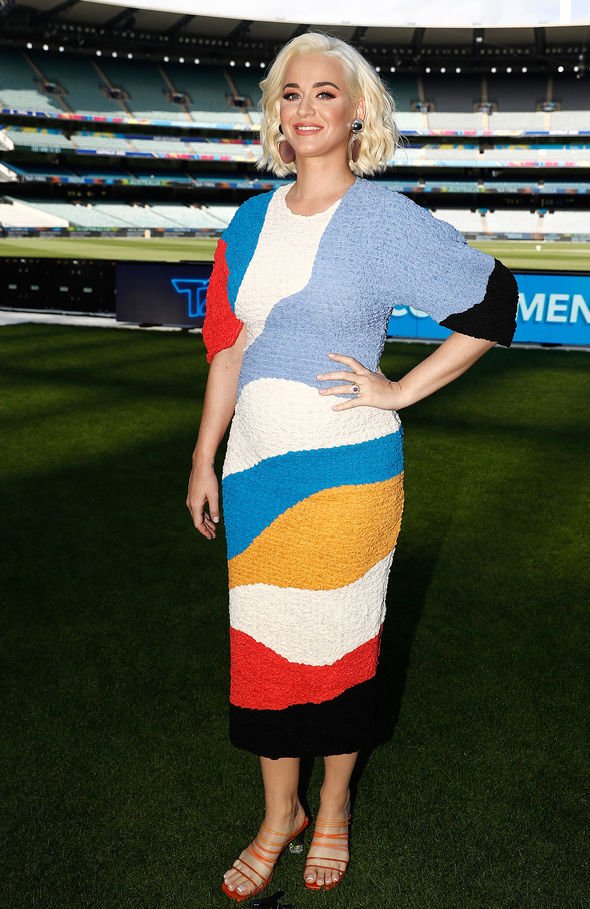 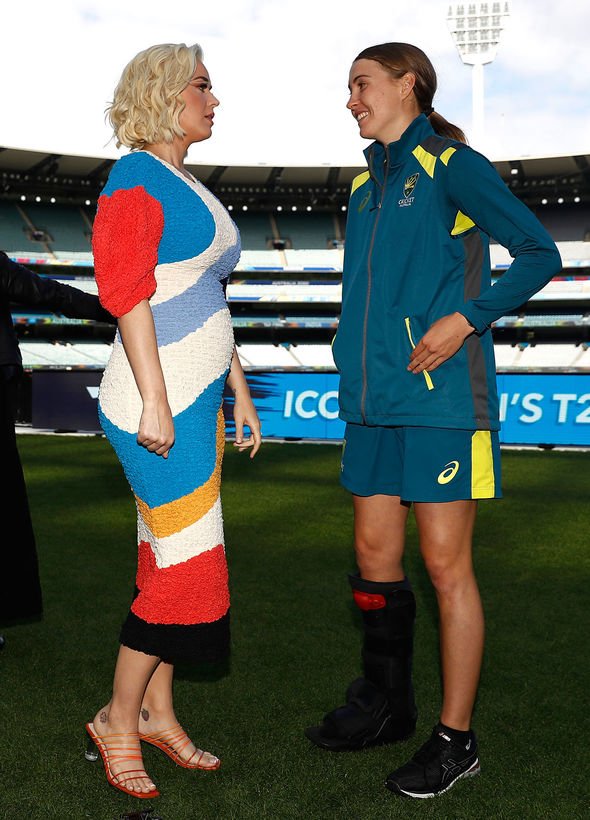 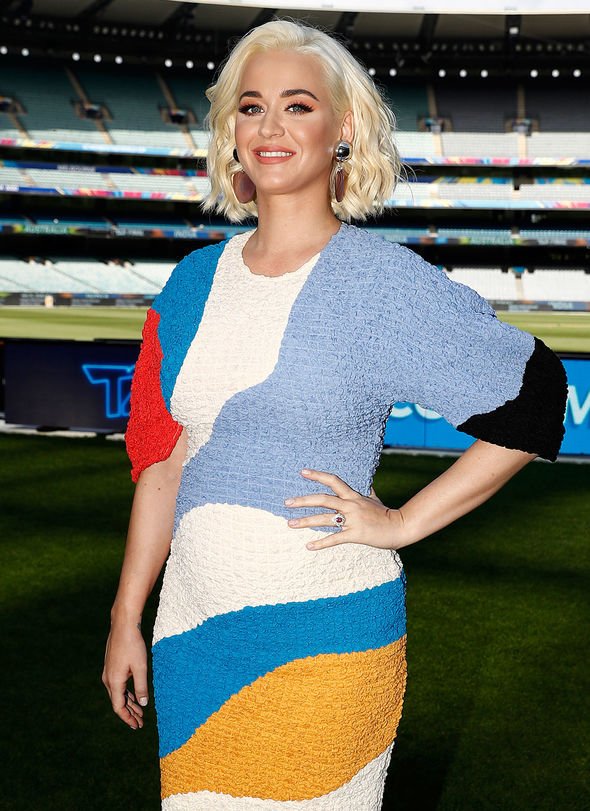 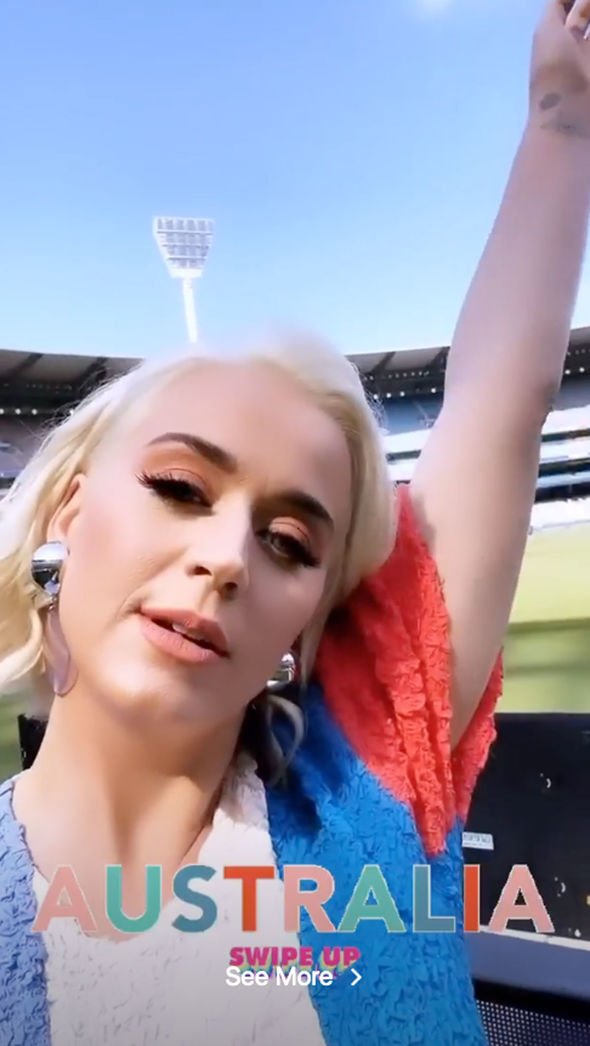 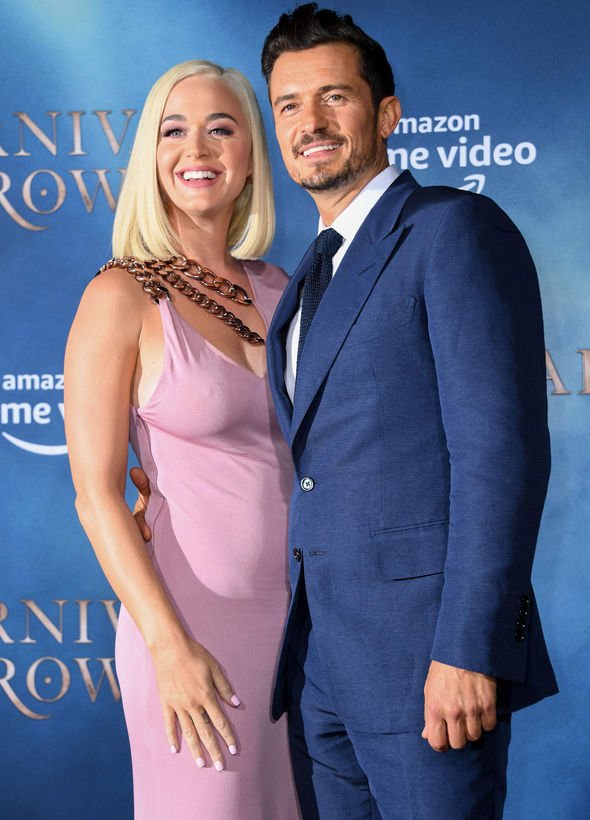 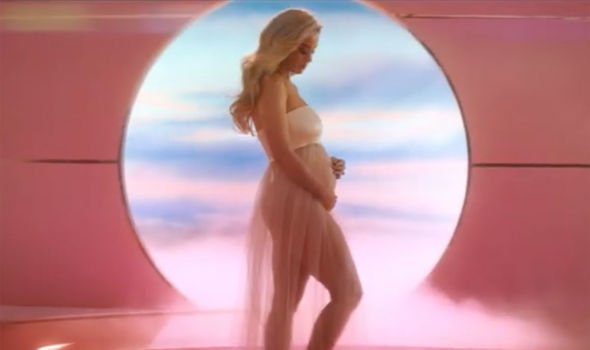 Following her big announcement this week, the pregnant star took to social media to thank her fans for their support.

She told her 108 million Twitter followers: “Love u guys so much.”

The songstress continued: “Was a bit nervous about sharing something so personal like the song n the bump n I hv never gotten this much love n support, it’s overwhelmingly lovely. thank u.”(sic)

After the baby news broke on Thursday, Katy joked: “Omg so glad I don’t have to suck it in anymore,“(Sic) “or carry around a big purse lol,” she added.