Kylie Jenner appears to be making house calls during the coronavirus (COVID-19) crisis and fans are positively pissed. For weeks, the 22-year-old billionaire has been encouraging her millions of fans to stay at home and practice social distancing. This is in an effort to help flatten the curve of the virus. Jenner even stated previously that she and her KarJenner family have been practicing social distancing from each other. But, clearly, Jenner is no longer adhering to the standards that she is pushing on her fans. 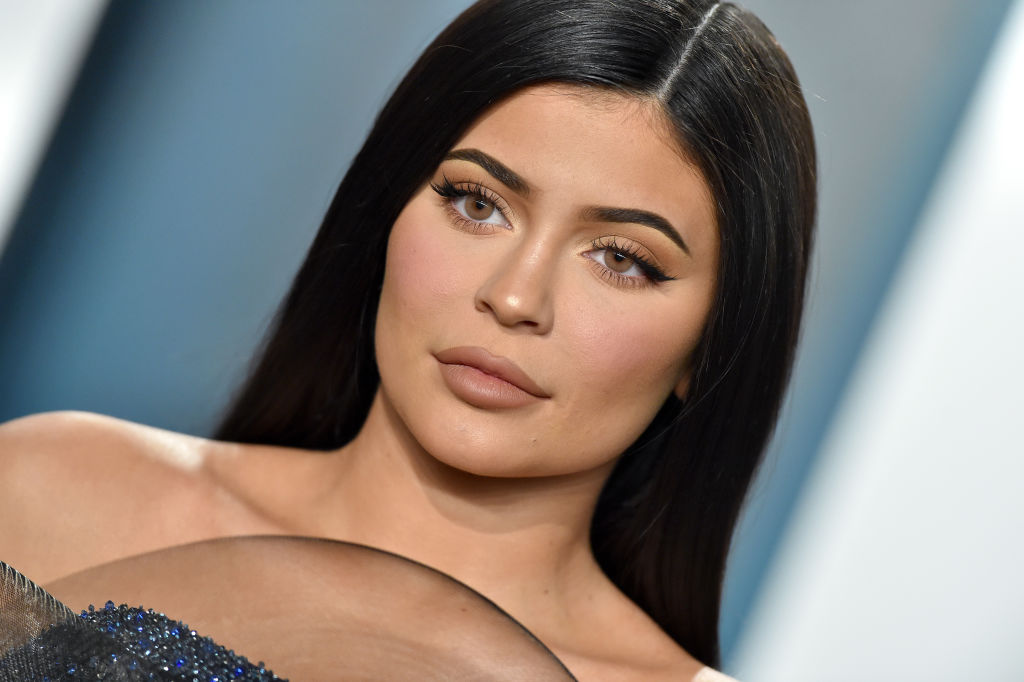 Because of the California Stay-At-Home mandate, Jenner had previously assured fans that she was quarantining in her house. But, calling her Hidden Hills mansion a house would be putting things quite mildly. The $12 million home sits on 1.4 acres of land and, with all its features, it may as well be a resort. Jenner’s house boasts a premiere wine collection, countless bedrooms and bathrooms, a pool, jacuzzi, entertainment room, spa, and more.

Kylie Jenner urged people to stay inside their homes

For weeks, Jenner was pushing out content assuring fans that she was abiding by the rules and staying in her house. In fact, she boasted that she had practice with quarantining as she stayed inside her house for months when she was pregnant with her daughter, Stormi. This, of course, was an attempt to keep her pregnancy hidden from the paparazzi. Jenner shared that she and her two-year-old were passing the time by doing puzzles and watching movies. 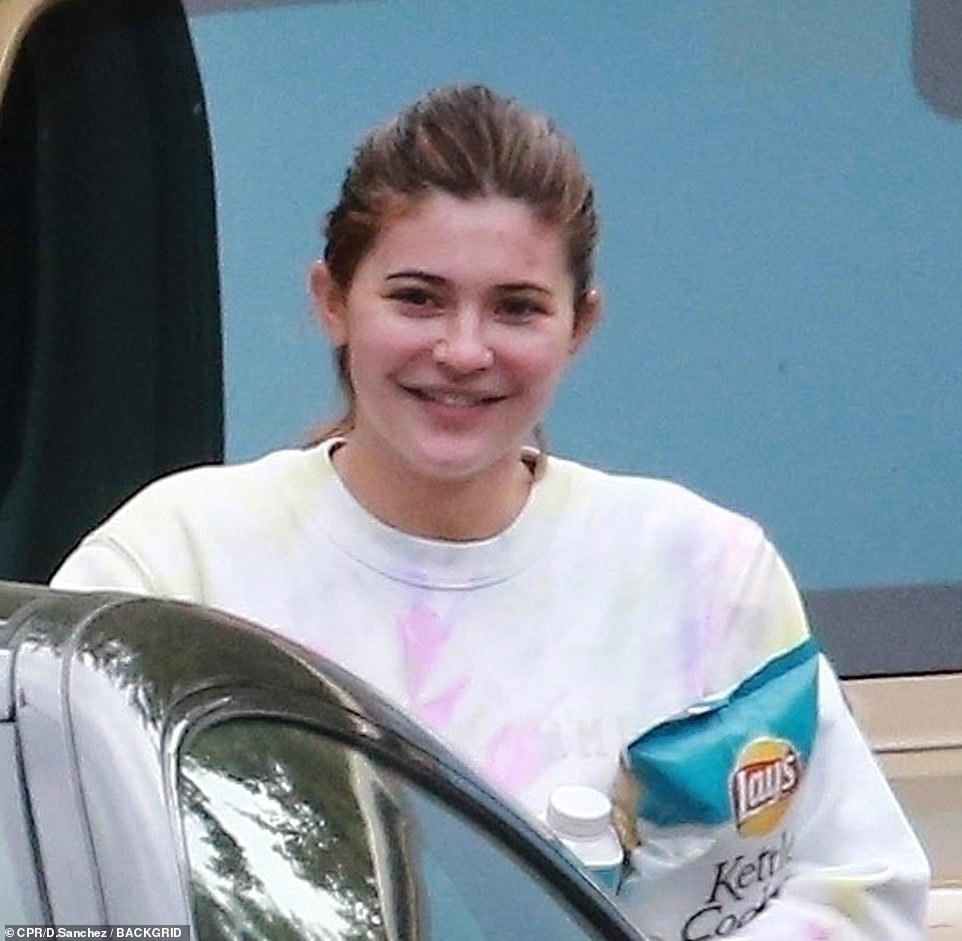 In late March, Jenner even responded to the Surgeon General’s plea for influencers to encourage their fans to stay home. With a whopping 171 million people following Jenner on Instagram alone, her words matter for better or worse. Jenner, once again, declared that she was staying home and urged her fans to do the same. However, shortly after that video, Jenner began to break the rules.

Jenner spends time with her family

Fans first noticed that Jenner was no longer practicing social distancing when she went to do makeup for her sister, Kim Kardashian West. Then her TikTok showed that she was spending time with her mother, Kris Jenner, and Corey Gamble (her mother’s boyfriend.) Following that incident, Jenner, Kris, Gamble, Stormi, and Travis Scott all made a trip up to Palm Springs for the Easter holiday and stayed in Kris’ vacation house. 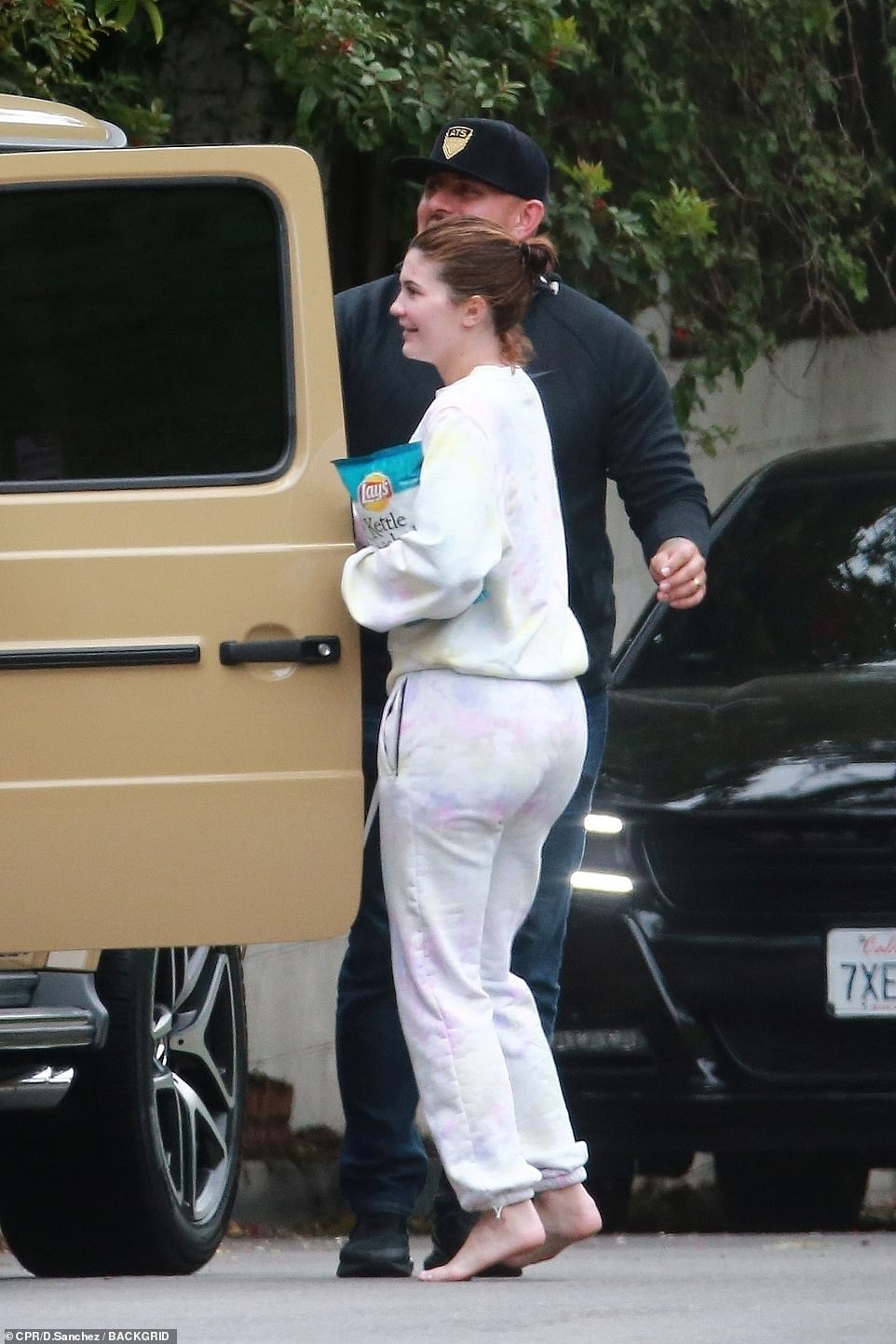 Fans were happy to make excuses for Jenner breaking the stay-at-home mandate up until this past weekend. Over the weekend, Jenner traveled in one of her luxury vehicles to Beverly Hills to pay a visit to her best friend, Stassie Karanikolaou. Daily Mail captured photos of Jenner barefaced and wearing a messy bun and a tie-dye jumpsuit. The billionaire was carrying boxed water and potato chips and also was completely barefoot, without socks or shoes.

Critics, and even fans, were outraged by Jenner’s house call. Not only were they upset that she was out for a nonessential activity (sans shoes no less) but they also found her behavior hypocritical. “Hypocrites as usual,” one person wrote. “The entire family is very good at this – aka living a lie,” another person chimed in. Clearly, Jenner isn’t practicing what she preaches. We just hope that she doesn’t endanger Stormi because of her barefoot house calls.

Related posts:
April 21, 2020 Celebrities Comments Off on Kylie Jenner Is Running Around Los Angeles Barefoot and People Are Pissed
Celebrity News:
Meghan McCain Disapproves of Meghan Markle’s Alleged Ambition to Be POTUS in Shady Tweet
The truth about Judge Barbara Lagoa
Joe Exotic: Carole Baskin Is Going to JAIL For Killing Her Husband!
Lily Collins & Charlie McDowell Are Engaged – See the Ring!
DJ Vlad Accuses Mo’Nique of Trying To Steal His Content; Says Mo'Nique's Husband Is Responsible for Her Bad Reputation
Recent Posts
This website uses cookies to improve your user experience and to provide you with advertisements that are relevant to your interests. By continuing to browse the site you are agreeing to our use of cookies.Ok