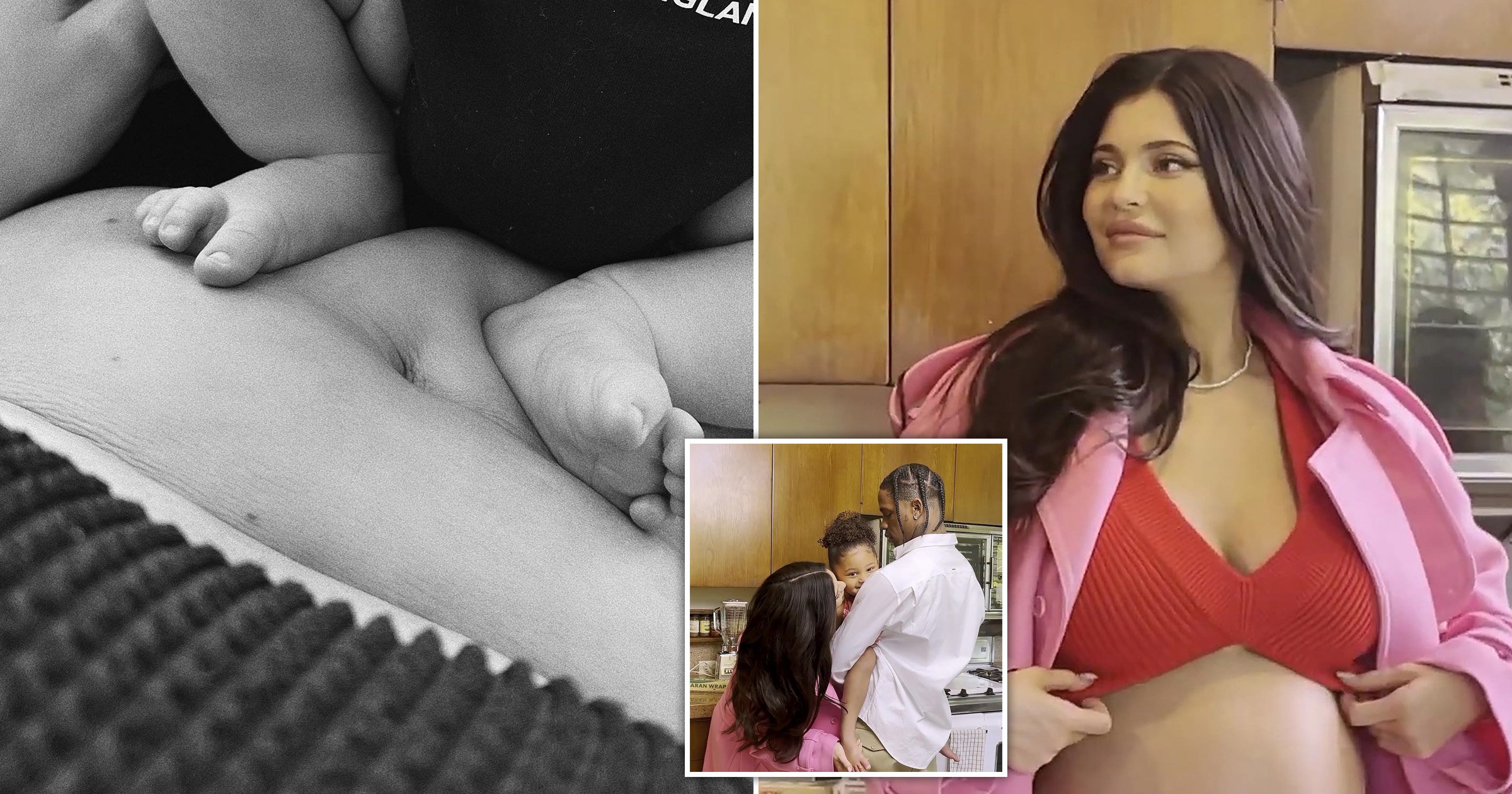 Kylie Jenner gained 60lbs during her second pregnancy but has revealed that she’s already lost an impressive 40lbs so far since giving birth.

The 24-year-old cosmetics mogul, who welcomed a baby boy in February with partner Travis Scott, shared a short boomerang clip in which she detailed her weight loss journey.

She also shared that she was ‘well on the way’ to losing all the weight after she managed to shed two-thirds of it.

The black-and-white clip was filmed from above, as Kylie looked down on her legs while on the treadmill.

Alongside the video, she wrote: ‘Gained 60lbs again this pregnancy’.

‘Down 40lbs [prayer hands] just trying to be healthy and patient. Walking/pilates is my favorite combo,’ she added.

Kylie appears to have gained about 20lbs more this pregnancy than she did during her first, when she welcomed Stormi in 2018.

At the time Stormi was born, she tweeted that she had gained 40lbs, but quickly deleted the post. Her use of ‘again’ in the latest Insta Stories post seems to suggest that her experience this time around was similar to her first pregnancy.

Kylie gave birth to her second child with her partner Travis on February 2.

At the time, they announced that their son’s name was Wolf, but two months later they U-turned and revealed the name didn’t seem to suit him.

At the time of writing, the couple has yet to confirm their little one’s new name.

Since giving birth, reality star Kylie has periodically updated her fans with shots of her on the treadmill or doing other exercises as she works to get rid of the last of her pregnancy weight.

Kylie’s comment that she must be ‘patient’ seemed to match another source’s comment to Life&Syle in February.

At the time, the insider said that she ‘wants to get her body back in shape but is in no rush. She’ll hit the gym when she feels ready.’

In March, Kylie admitted that ‘postpartum has not been easy’ in a candid chat about her mental, physical, and spiritual health.

She again filmed herself working out on a treadmill, but this time she spoke about mental health struggles she dealt with after giving birth a second time.

‘This experience for me, personally, has been a little harder than with my daughter,’ Kylie penned on her Instagram Stories.

She added: ‘It’s not easy mentally, physically, spiritually … it’s just crazy. I didn’t want to just get back to life without saying that because I think we can look on the Internet and for other moms going through it right now, we can go on the Internet and it might look a lot easier for other people and, like, the pressure on us, but it hasn’t been easy for me.

‘It’s been hard. And I just wanted to say that. I didn’t even think I’d make it to this work out today, but I’m here and I’m feeling better, so you’ve got this.’

Kylie continued: ‘And, it’s OK not to be OK. Once I realized that, I was putting some pressure on myself, and I just keep reminding myself, I made a whole human.

‘A beautiful healthy boy, and we have to stop putting pressure on ourselves to be back — not even physically, just mentally after birth. So yeah, just sending some love. I love you guys.’