Not only are fans over Lea Michele, but brands she works with are too!

In light of accusations made by her former Glee co-star Samantha Ware, the 33-year-old has been dropped by HelloFresh, a weekly meal-delivery service, which she frequently partners with on Instagram.

As the controversy grew on social media and more former cast members came out with their own stories of cruel behavior, a former fan tweeted at the company:

Luckily, they were already on it! The brand replied:

“HelloFresh does not condone racism nor discrimination of any kind. We are disheartened and disappointed to learn of the recent claims concerning Lea Michele. We take this very seriously, and have ended our partnership with Lea Michele, effective immediately.”

Her most recent post in collaboration with the company was barely two weeks ago:

So grateful for HelloFresh, now more than ever? Even though I’m just hanging at home, taking care of myself has become even MORE important. And HelloFresh delivers fresh ingredients and recipes we love, contact-free!✨Use my code LEAMICHELE60 for $60 off plus free shipping on your first box! (Additional restrictions apply, visit HelloFresh.com for more details) #HelloFreshPartner

Lea has yet to publicly address the controversy which erupted over the past day after Ware tweeted out allegations (below) on Monday against Miz Michele:

“LMAO REMEMBER WHEN YOU MADE MY FIRST TELEVISON GIG A LIVING HELL?!?! CAUSE ILL NEVER FORGET. I BELIEVE YOU TOLD EVERYONE THAT IF TOU HAD THE OPPORTUNITY YOU WOULD ‘S**T IN MY WIG!’ AMONGST OTHER TRAUMATIC MICROAGRESSIONS THAT MADE ME QUESTION A CAREER IN HOLLYWOOD…”

This came in response to a tweet made by the momma-to-be, who shared on May 29:

“George Floyd did not deserve this. This was not an isolated incident and it must end. #BlackLivesMatter”

Ware appeared in 11 episodes of Glee, but her tweet received support from some series regulars! Amber Riley, who portrayed Mercedes Jones, tweeted out a few very telling GIFs:

Seems like she’s got some tea to spill… But it doesn’t even stop there!!

Alex Newell, who portrayed Wade “Unique” Adams for three years, shared a few of his own reactions — and unfollowed Lea on the social media platform:

More info came out from Dabier, who shared that the show’s lead wouldn’t let him sit with his fellow actors:

Sounds like some real life Mean Girls s**t!! Man, it turns out she was the one dumping slushes on people all along!

Jeanté Goldlock, who worked as an extra on the FOX series, recalled being referred to as “cockroaches”:

“did somebody say cockroaches? because that’s what she used to refer to the background as on the set of glee. but we grow up and we don’t stay background forever sooooo…”

Lea has some MAJOR apologizing to do, though we’re not too sure if anyone will accept it at this point… 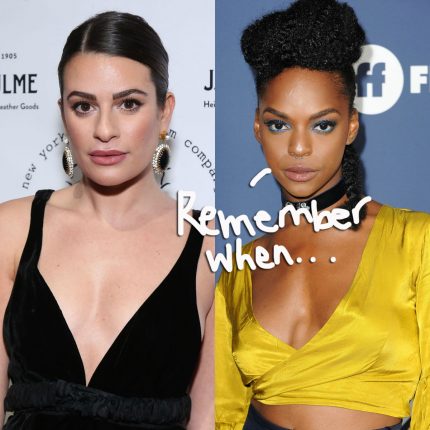 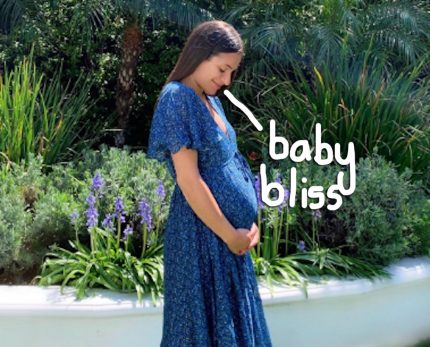 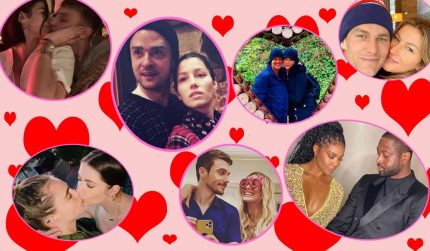