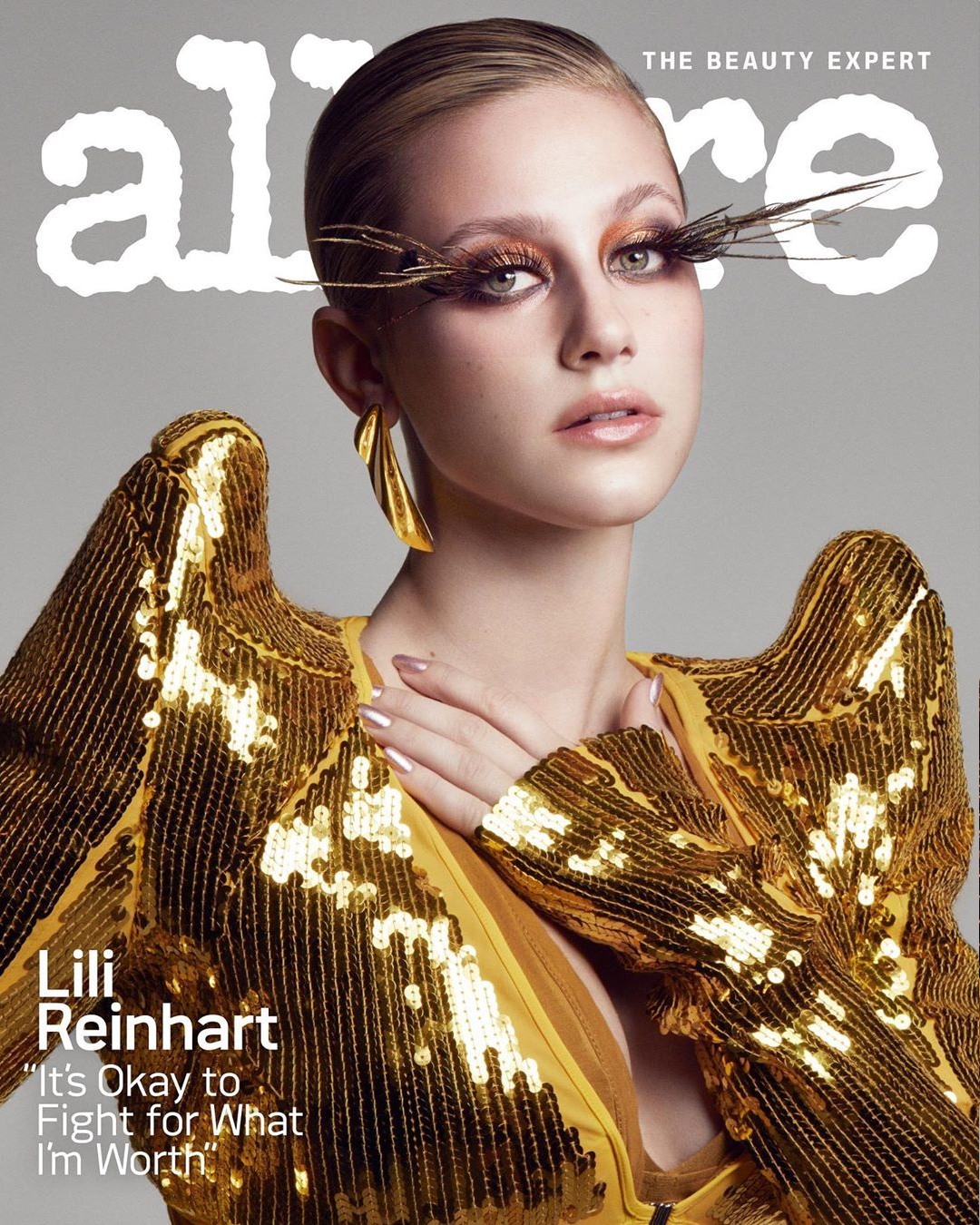 Wow, this is the first time I’ve really seen Lili Reinhart’s beautiful gold-green eyes. Her eye color is really enchanting and unusual! Lili covers the latest issue of Allure and they did this insane thing to her eyelashes, but I guess it’s fine? Lili is probably best known for her role in Riverdale, but I’m not watching that, so I only know her from Hustlers, where she stole some scenes away from Jennifer Lopez and Constance Wu. She’s really beautiful and she reminds everyone of Brittany Murphy (RIP). Anyway, you can read Lili’s Allure piece here. Some highlights:

She’s not vegan: Reinhart is not vegan, gluten-free, keto, or on a macrobiotic diet. She is a self-described picky eater and considers this a treat. “No one wants to go [here] with me,” she says about The Cheesecake Factory.

General thoughts: She volunteers thoughts on cute babies (just her goddaughter, for now), romantic love (something she prefers to fall into rarely, and fiercely), taking a spouse’s surname (she favors hyphenation), and being the “grandma” of her friend group.

How her name came to be: Her parents named their second daughter after the actor Lili Taylor. There wasn’t any special connection. “They just liked the spelling of her name. It’s the French spelling.”

She was 16 when an adult work associate attempted to force himself on her. “I felt physically pinned down to the ground while someone dry humped me, basically,” she says. She has spoken publicly about the assault before — but in retrospect, she believes those statements were premature. “I think I shared my story…before I had really understood it. I kept thinking of it as something physical, but it was more so a psychological abuse…that spanned a couple of months. I went along with it and was trying to get his approval because we were working together…. I wanted my work environment to be easy.”

On mental health: She recently read an article she can’t get out of her head, about a child under the age of 10 who ended his life after being severely bullied. “Now more than ever, we need to be bringing the idea of mental health into schools and teaching it. It’s about communicating clearly.” She recalls experiencing crippling anxiety when she was growing up. “I felt very alone. But I was not being bullied, which made it really hard for my parents to understand.”

Equal pay: “Going into projects in the future, I’m much more aware of it. So is my lawyer.” She’s also learned from the experiences of women like Michelle Williams and Taraji P. Henson. “I was taking notes,” she says. “Taraji Henson had said something like, when she renegotiated for Empire, she knew her value to the show. She knew what that value was, and she demanded it… I do know the value that I bring as someone who attracts an audience. And I’m not going to accept less than what I think I’m worth. And it’s okay to fight for what I’m worth.”

Sometimes, I feel so proud when I hear younger women talk about stuff like equal pay and how they’ve dealt with harassment and abuse, because I feel like what the industry went through with Me Too and then Time’s Up… it really did make a difference. It really did change some hearts and minds. Younger girls and women really did learn some stuff and there will be changes we can see immediately and changes that we’ll see in the years to come. It’s clear that Lili has been paying attention to what the older actresses have said publicly and she’s learned from it, from negotiating her worth to how to speak about her assault.

Also: she’s on the cover of Allure for several reasons, including Riverdale and her Cover Girl contract, but she’s also releasing a book of poetry! That’s kind of cool. 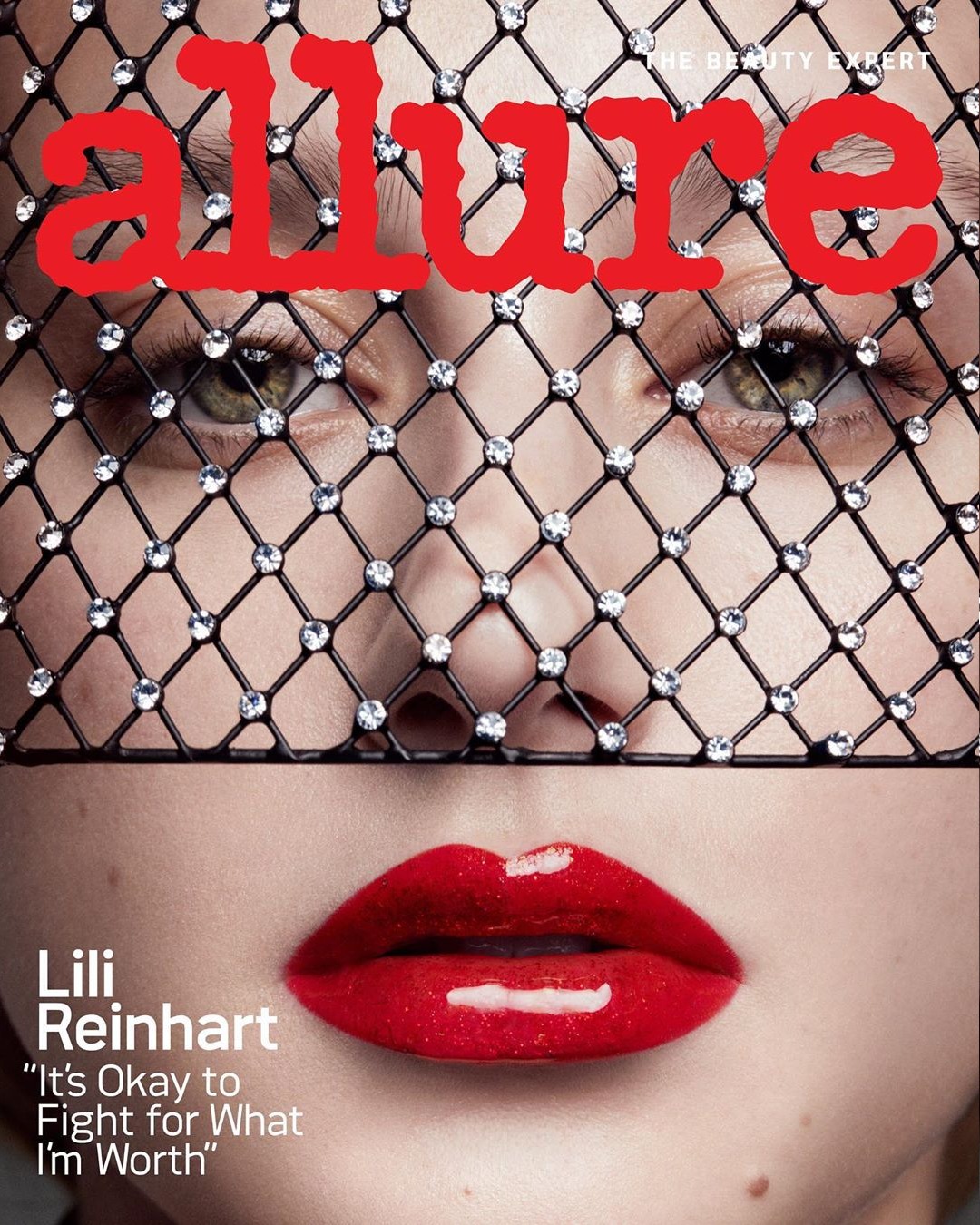