The Duke and Duchess of Sussex officially made their first joint public appearance since their January 2020 announcement that they will be stepping down from senior royal life. They attended the Endeavour Awards on March 5, and their outing was — hmmm, how can I put this lightly? — iconic. Meghan glowed like a human angel in a cerulean Victoria Beckham dress. Harry held an umbrella for her like the chivalrous darling he was raised to be. The rain made their photos sparkle! It looked straight out of a fairytale. Meghan and Harry’s body language was full of love, too, according to Traci Brown, body language expert and author of Persuasion Point: Body Language and Speech for Influence.

"They’re broadcasting that they’re a tight unit and really in support of each other," she observes. This is an especially important message for the couple to send as they approach their transition out of senior royal life on March 31.

Let’s get straight to the most glorious photo that has ever graced the World Wide Web: Harry and Meghan, beaming in the rain, sheltered by an umbrella-ella-ella-ay that even Her Royal Highness Rihanna herself would approve of, lit up by paparazzi flashes and not giving a care in the world. While skeptics might say this was an act for the cameras, Brown believes it’s the real deal. "It’s clear that they’ve had fun together," she says, noting their wide smiles. "They look to be pretty well in step." (FYI: In the world of body language, two people falling into step with each other basically means they’re on the same wavelength.)

If you would like to pause reading this story to screenshot the photo above and save it as your phone background, print it out as wallpaper for your bedroom, or text it to your tattoo artist for your next appointment, feel free. This story will resume when you are ready.

All right. Good to keep reading? I promise the cuteness will continue. 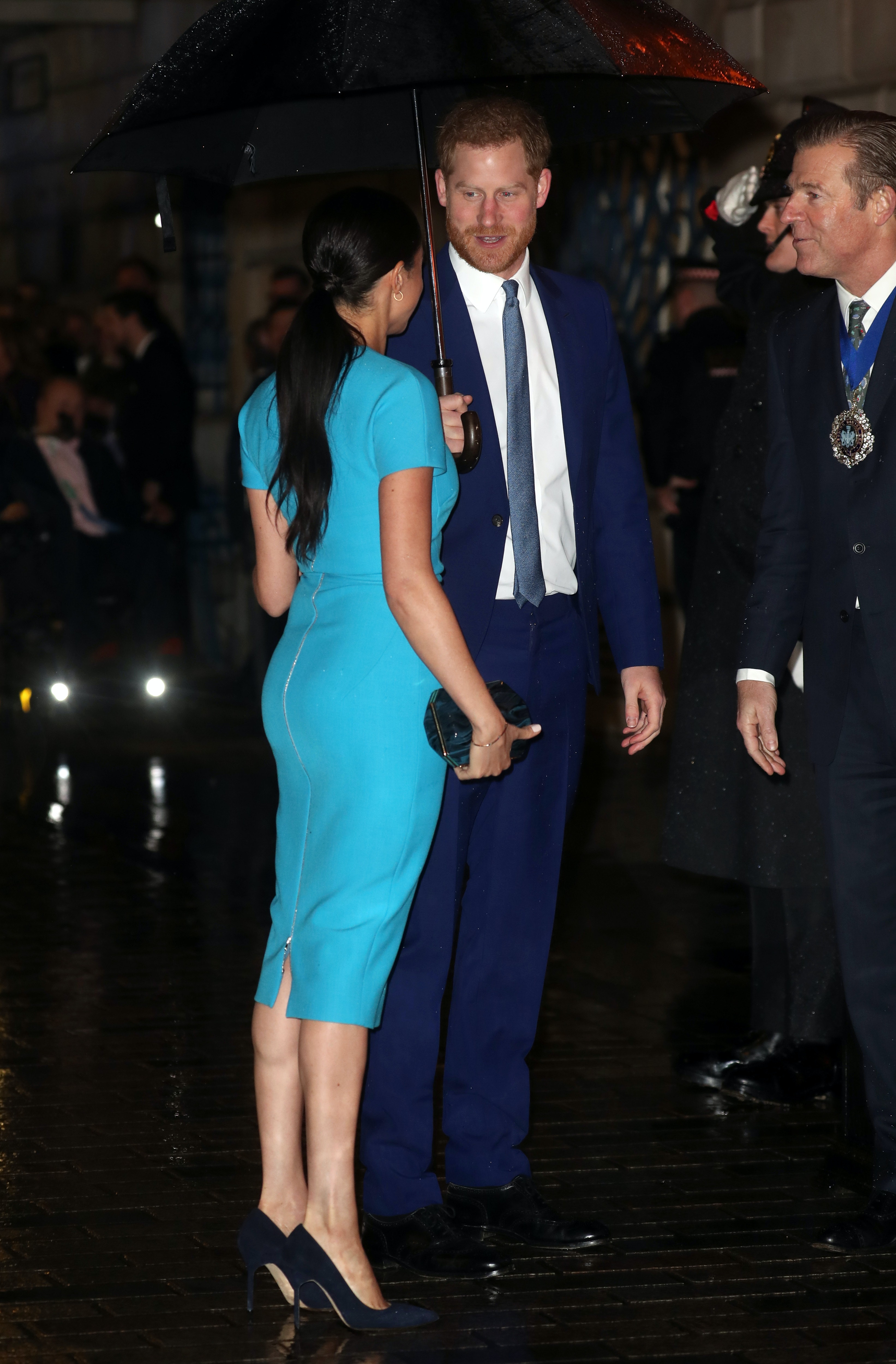 This photo might not be as flashy as the one that went viral, but it contains a few significant clues about their bond. "She’s fully facing his way and they appear to be locking eyes, looking at each other in close range, even as others look to them. That’s real intimacy," Brown points out.

Also worth noting: See how Harry is protecting Meghan from the rain? She calls that "chivalrous." Throughout their entrance to the event, Harry seems totally set on keeping his love dry. "This one is even cuter because he’s holding the umbrella but steps out from under it while still covering her," Brown says. A man who’s committed to ensuring your good hair day: What a concept!

As they gear up for this next phase of their life, that’s the best news of all.