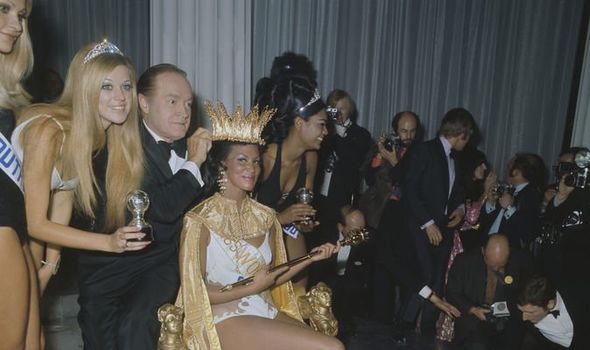 It’s half a century since anarchy, chaos and racism tainted the 1970 Miss World competition. Beamed live from London’s Royal Albert Hall amid scenes that could have come straight from a Carry On film, a global TV audience of more than 100 million certainly got an eyeful.

Protesters had planted themselves in the audience and objected noisily to the “cattle market” about to begin. Hurling flour bombs and leaflets, their feminist anger was fuelled by comedian and compere Bob Hope, his innuendo never knowingly undercooked.

The furious young agitators were hauled away by the police and while the 58 contestants waited anxiously in the wings, the BBC briefly pulled the plug on transmission until order was restored.

It was also the first time Jennifer had encountered the sickening ugliness of racism. 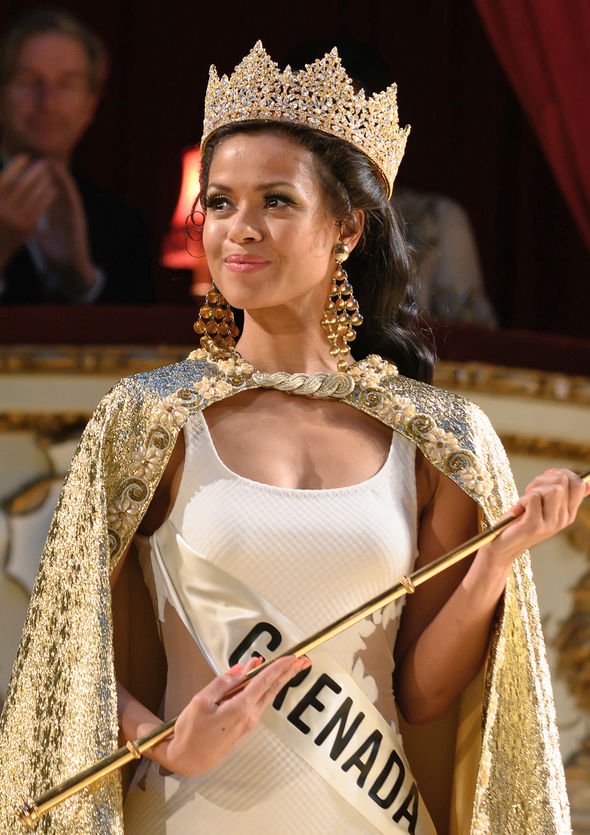 From her home in Oakville, Ontario, she explains with pragmatic calm, “At the time, I did receive a lot of letters of support from people in the UK and generally they believed that I stood out and were not surprised I’d won. But the media made it out to be a conspiracy, especially as two women of colour came in at one and two, and they had to find some reasons why it had been fixed.”

But she was bemused by the reaction of one of the judges, the actress Joan Collins.

“She said it was just because of my sex appeal that I’d won. I’d watched her as a small child when she was filming Island In The Sun with Harry Belafonte not far from my home and when I remembered many of the roles that Joan Collins herself had played, it struck me as very ironic that she should target sex appeal because she certainly knew what that was,” Jennifer adds drily.

And the reason Jennifer, now 72, mum, grandma and the mother of extreme reinvention – author, broadcaster, airline hostess, model, diplomat, farmer, beachfront apartments’ owner, trade specialist, high commissioner to Grenada and registered psychotherapist – is catching up with her past is because she features in a compelling new film, Misbehaviour, which centres on that infamous evening of November 20, 1970. 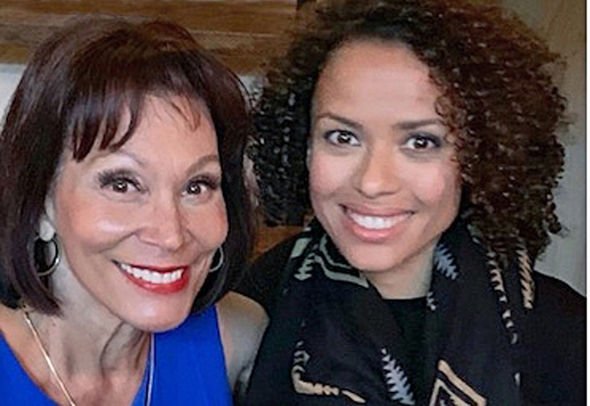 The idea for a film started taking shape following Radio 4 show The Reunion in 2010.

Hosted by Sue MacGregor, it brought together key people involved in the 1970 protest, including Jennifer, Sally and Jo.

“Sally and Jo seemed genuinely surprised to know of the rest of my life and the career paths I had taken,” says Jennifer. “Perhaps in some respects, they’d expected me to remain just a former beauty contest winner. 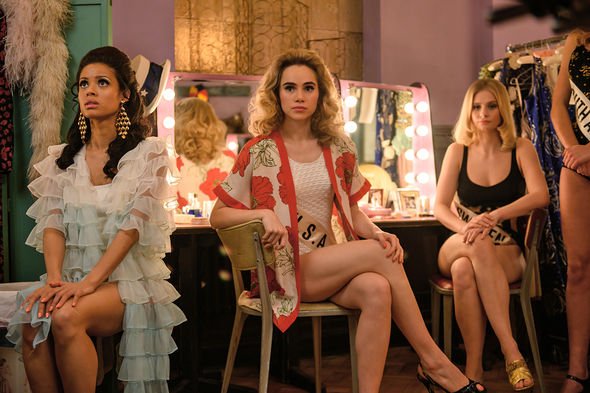 “There were few opportunities for women of colour back in 1970 and if there was the possibility of taking part in a beauty contest it was a big deal. The women’s liberation movement didn’t take this into account and to write all women off as being exploited was a simplistic argument,” adds Jennifer, who considered the movement to be insular and badly thought through.

“Calling women cows and things like that is not helpful. You can instead, help to level the playing field for women and support them to have more opportunities so they don’t have to enter contests and if they do, it’s because it’s their choice,” she continues. “Surely, as women, shouldn’t we all be supporting each other?”

The gestation period from radio show to shooting was many years.

When casting was complete, Gugu emailed Jennifer, saying she’d be thrilled to meet her on the tiny island of Grenada.

Jennifer wasn’t so sure. 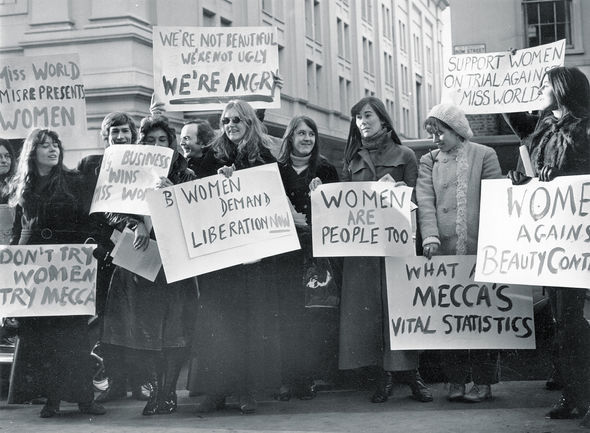 She’d recently sold her apartment building, Jenny’s Place, on the famous Grand Anse beach and wasn’t planning on returning for a while.

Her daughter, Sophia, 45, who lives near Toronto with her husband and their three sons, put her straight, “Mum, c’mon.”

And as Jennifer admits, “I was very flattered that she should put herself out and come to Grenada, plus she was doing this on her own dime. So Sophia came with me, Gugu brought her mum from England and we had a wonderful time.”

Not so wonderful and, in fact, deeply offensive to both the 36-year-old British actress and Sophia was the moment seen in the 1970 Miss World BBC video when all the contestants onstage were asked to turn, then turn again, until their behinds were facing the judges for better inspection.

“Well, yes, it was very strange but I just came to the conclusion that this was what they did at the Miss World contest,” says Jennifer. “Later, when I lived on a remote farm with my family in Ottawa and there were livestock sales, I realised why some called aspects of the beauty contest a cattle market.”

She and Pearl had bonded in London back in 1970, but their histories and life stories were a world apart.

In a moment of political correctness on the part of Miss World organiser Eric Morley, Miss Africa South had been entered during that country’s most oppressive era of apartheid rule.

Bizarrely, Pearl found herself competing against another girl from her own country – Miss South Africa, who was white.

A steely determination, strong sense of self-worth and a fearless spirit have always stood Jennifer Hosten in good stead and they all played into what would be her on-the-night “package”. She was most definitely in it to win.

And then there was “the weapon”. It’s what Jennifer and her big sister, Pommie, named the stunning one-of-a-kind gold crocheted evening dress she’d had made in Trinidad for the Miss World contest. It’s been tucked away in a box for decades and when shooting began she sent it to the production company.

It was as if the gown had been made for Gugu – it fitted her like a beautiful glove. 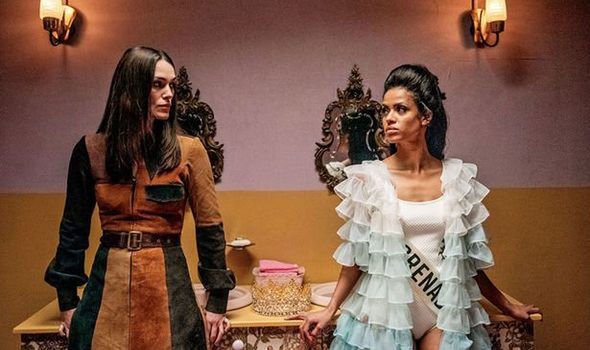 Despite her close ties to Grenada, Jennifer has lived mostly in Canada for many years.

Her ex-husband, David Craig, father of their son, Beau, 43, is Canadian and Jennifer’s mother was born in Toronto, yet this gracious, kindly woman still has such a melodic Caribbean lilt she could hush a crying baby in a minute.

She and David, an IBM engineer, met before the Miss World competition and the 12 months of travel that her reigning year brought her.

It was both rewarding and exhausting and when she handed the crown to Miss Brazil the following year, Jennifer was ready to return to the relative quiet of the West Indies.

She and David married and lived in Bermuda for two years before moving to fishing, shooting and hunting country in Ottawa.

Ploughing snowmobiles through to the nearest passable road, learning to milk Holstein cows at 6.30am, grave-digging, being appointed Grenada’s high commissioner to Canada, the realisation that in the empty landscape of Calgary you don’t need false eyelashes and working as a diplomat in Bangladesh, have all meant she’s packed a lot into her life. 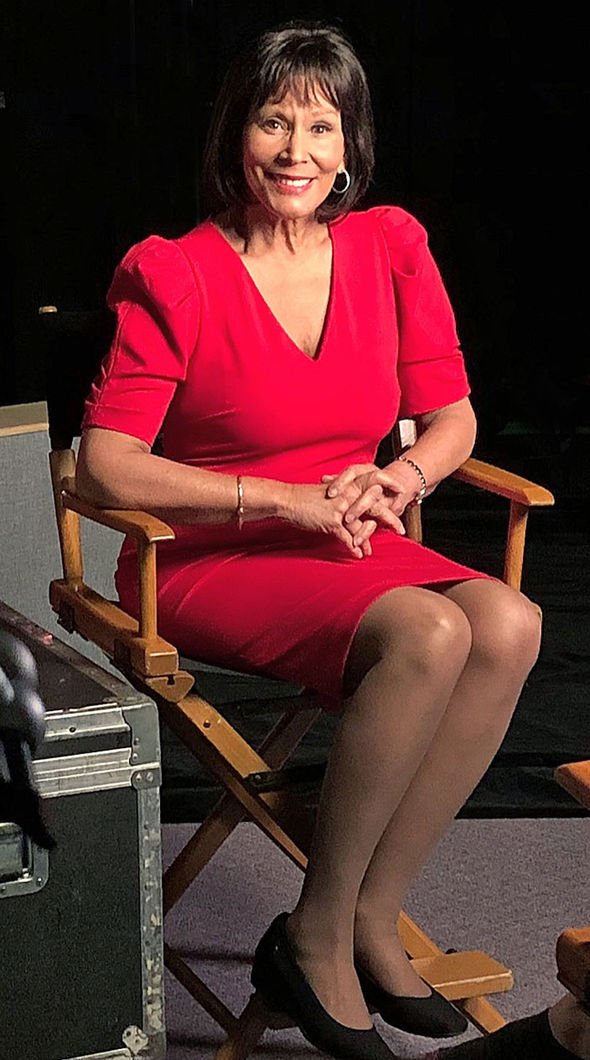 After 28 years of marriage, Jennifer and David divorced.

She’s since remarried – twice – but is happily single again and, as you might imagine, her life is full.

Especially with her five grandchildren.

“I love where I live and what I love most is being a grandmother,” she smiles.

Nothing much fazes Jennifer.

She, her family and Gugu watched Misbehaviour for the first time at a private screening during the Toronto Film Festival in October.

“Gugu was anxious, Sophia was the most apprehensive and I could see my daughter-in-law Rebecca wiping a tear away at the end. ‘What brought that on?’ I asked. ‘It’s so inspirational,’ she said. That’s a pretty good result if that’s the case. I was extremely impressed and thought they portrayed things as close to reality as possible.”

In January 2019, Jennifer had been invited to watch some of the filming.

“There was something about Gugu’s essence that reminded me of me,” she confesses.

“I thought, ‘Well, these casting people are amazing,’ you know.

“I sat with the director, Philippa Lowthorpe, and had to turn away because it brought tears to my eyes, seeing just how much Gugu had put into the role. 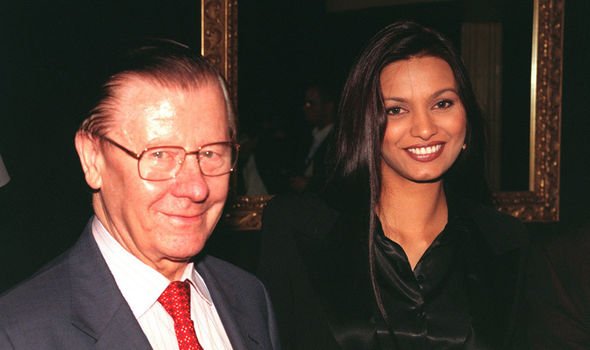 “I felt almost as if I was her mother looking at her. She’d really nailed the part. The accent is perfect. I told her I was so glad they chose her to play the part of me. The only person who could have done it better was me.”

Jennifer loves London and is delighted to be in the city for the film’s premiere tomorrow with her son, daughter and their spouses.

She believes it will be something of a homecoming – but how times have changed since her last trip.

• Misbehaviour is in cinemas from Friday.

Jennifer Hosten’s memoir, Miss World: How I Entered A Pageant And Wound Up Making History (£22.95, Sutherland House Books) is out on Tuesday. You can buy it from Express Bookshop.