It seems like Pete Davidson is not letting Kanye West’s music video and threats bother him at all!

As you know, his song Eazy already had raised eyebrows earlier this year for lines like, “God saved me from that crash, just so I could beat Pete Davidson’s ass,” which made his negative opinions about Kim Kardashian’s beau crystal clear. But things took a scary turn this week when the music video for the track featured a clay Davidson getting kidnapped and buried up to his neck before Ye planted some rose seeds around his head. The cartoon rapper also held a decapitated head in the clip – which fans have assumed is the actor. The video concluded with the text reading:

“Everyone lived happily ever after / Except Skete you know who / JK he’s fine.”

Related: Kim Kardashian Made A Subtle Change To Acknowledge Her Newly Single Status

Many people found the visuals in the music video to be disturbing and have expressed concern for the comedian. But what does Davidson think about all of this? Well, it turns out that he cannot help but find the humor in it. A source told Entertainment Tonight:

“He finds the fact that Kanye included a cartoon version of him in his music video hysterical. He is almost flattered by it all because it is so ridiculous to him.”

You would think Pete would be worried since, you know, Ye literally buried the claymation version of him alive. Just saying! But apparently, The King of Staten Island star is unbothered by it!

In fact, the insider added that Davidson “is not threatened by Kanye in any way, shape or form” even with the 44-year-old rapper’s intense social media posts and music about him. They continued:

“He’s using this to grow in more ways than one, including for himself and his relationship with Kim. He is turning all of the negativity into a positive thing.”

Meanwhile, it sounds like Kimmy Kakes is taking the situation more seriously. As we previously reported, a source told People that the Keeping Up With the Kardashians alum is “furious” and “really upset with Kanye that he’d do this.” We were too, gurl!

Despite the drama, the whole issue has helped Pim become even closer. According to Entertainment Tonight, the insider shared that the 28-year-old Saturday Night Live star has been making an “extreme effort” to support Kim through Ye’s antics, explaining:

“Pete is so understanding and has made an extreme effort to put any of his emotions aside and just be a support system for Kim during this difficult time and transition. Pete has grown so much as an adult, man, public figure and partner through this process, even though he has unexpectedly been thrown in the middle of things, including Kanye’s rants and the publicity that followed.”

At least Kim has Pete by her side, and he has a “positive” attitude about all of this. Are you surprised by his supposed reaction to Kanye’s music video, Perezcious readers? Let us know your thoughts in the comments! 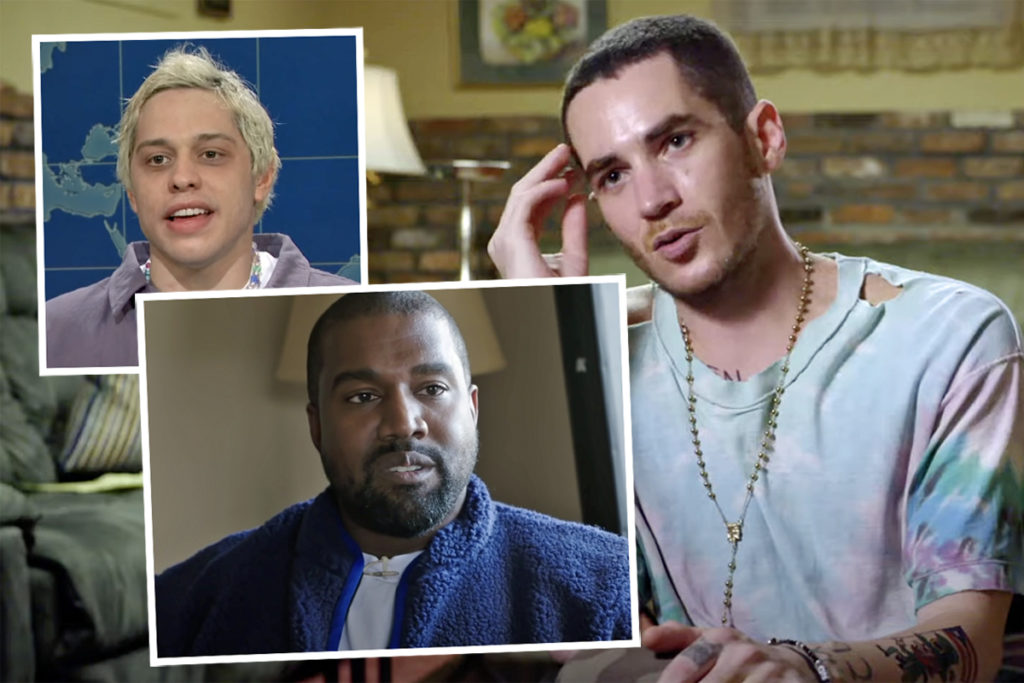 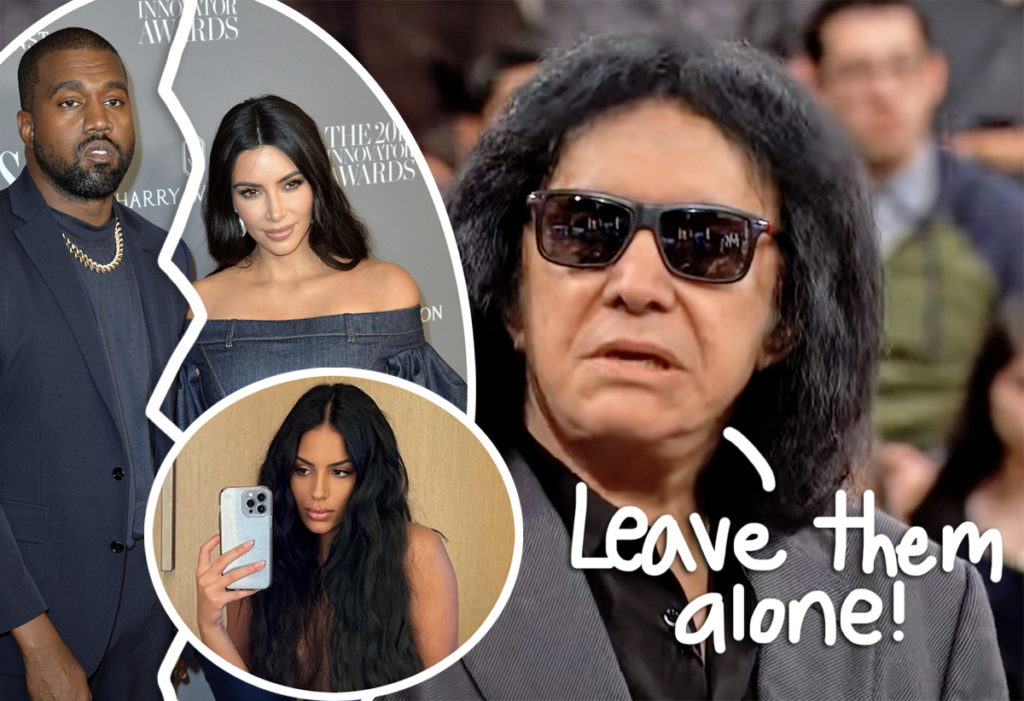 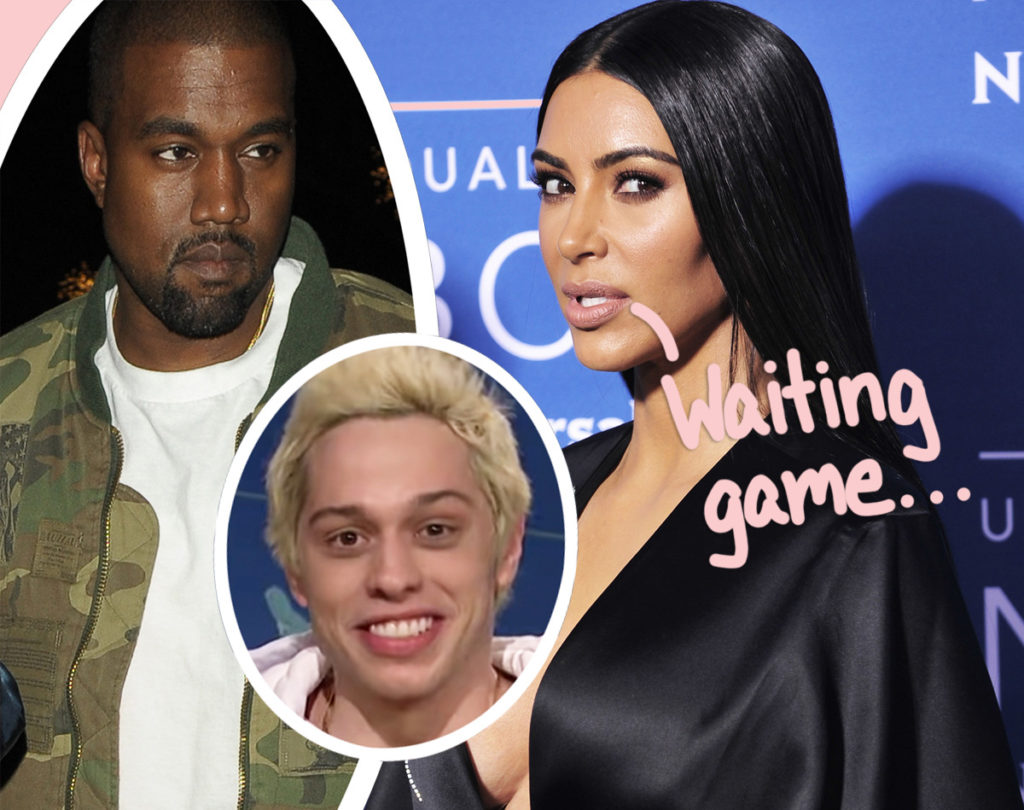 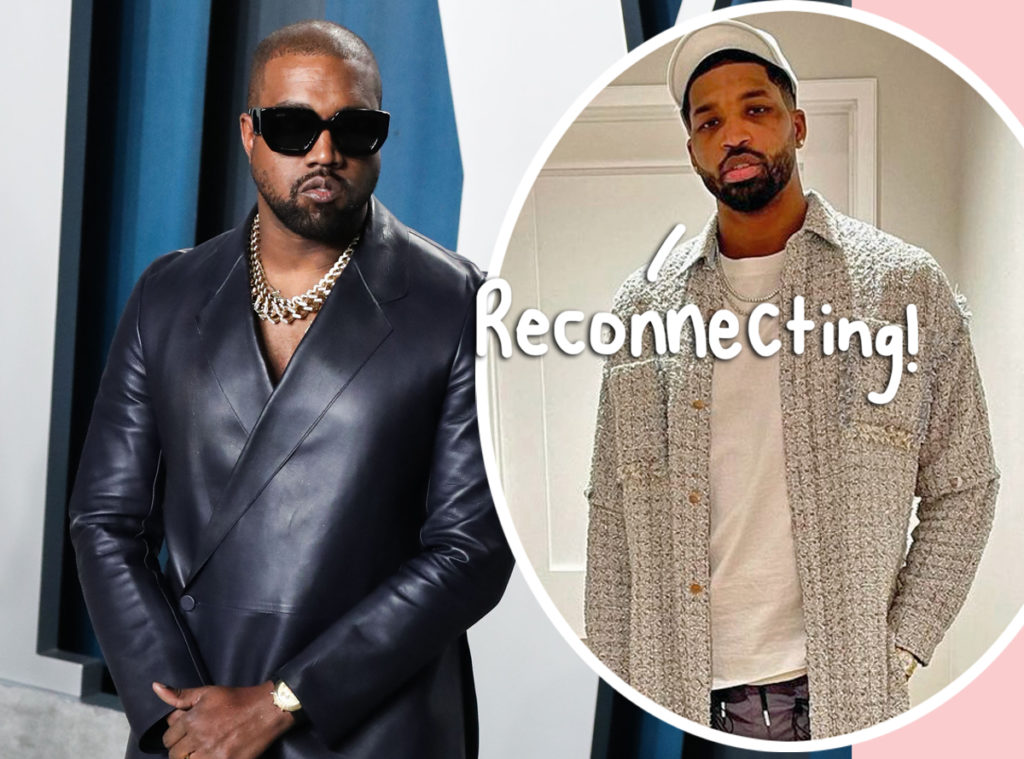