BBC Radio 2 and Virgin Radio host Pete Mitchell has died “very suddenly,” a friend of the star has confirmed in a touching statement. Family friend Jo Houlcoft told the Mirror: “It is with incredible sadness that I have to report the sad passing of Virgin Radio Presenter, Pete Mitchell, who died very suddenly on Thursday 12th March aged 61.

Pete collapsed whilst out walking near his home in Stockport

“Pete collapsed whilst out walking near his home in Stockport, the cause of his death is still unknown but he was not thought to be displaying any signs of illness.

“Pete was a veteran broadcaster, whose career in radio spanned thirty four years.

“He was knowledgeable and passionate about music of all genres, discovering and supporting many bands and was a huge part of the Manchester music scene.”

BBC Radio 2 paid a tribute to the late host on Twitter this evening. 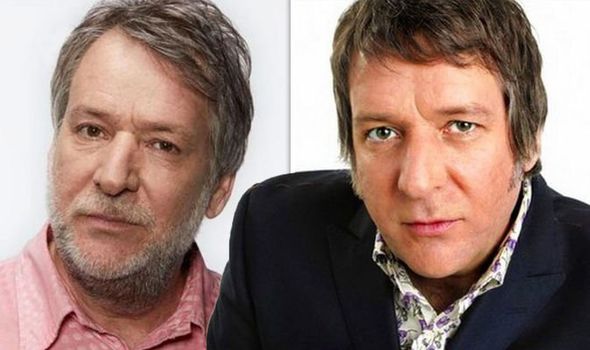 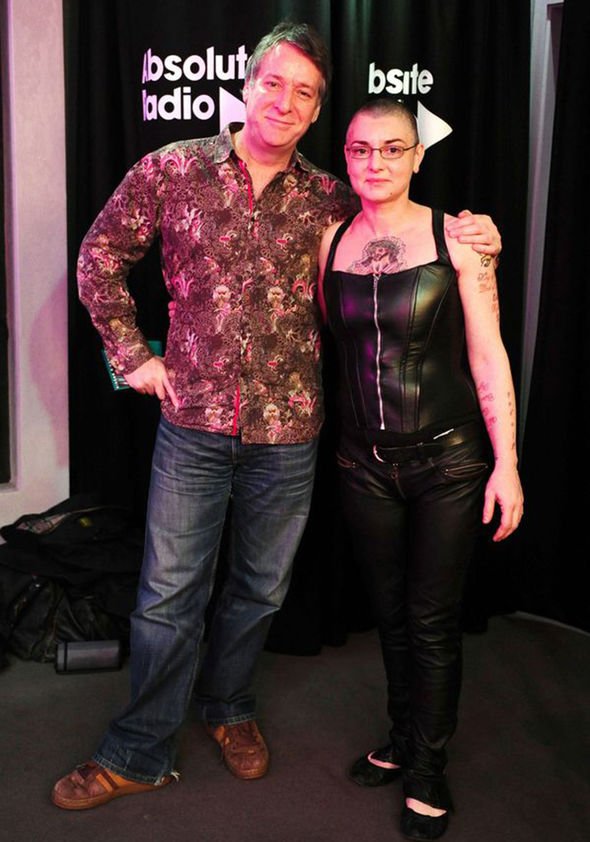 They wrote: “We are saddened to hear of the passing of the much respected music radio presenter Pete Mitchell, who has worked on both BBC Radio 2 and 6 Music.

“Our thoughts today are with Pete’s friends and family.”

A tweet from Virgin Radio’s official Twitter page also reads: “We are deeply saddened to bring you the news that our beloved friend and colleague, Pete Mitchell, has passed away.”

Pete’s Virgin Radio co-star Tim Cocker described the DJ as a “gentleman” with a “wicked sense of humour”. 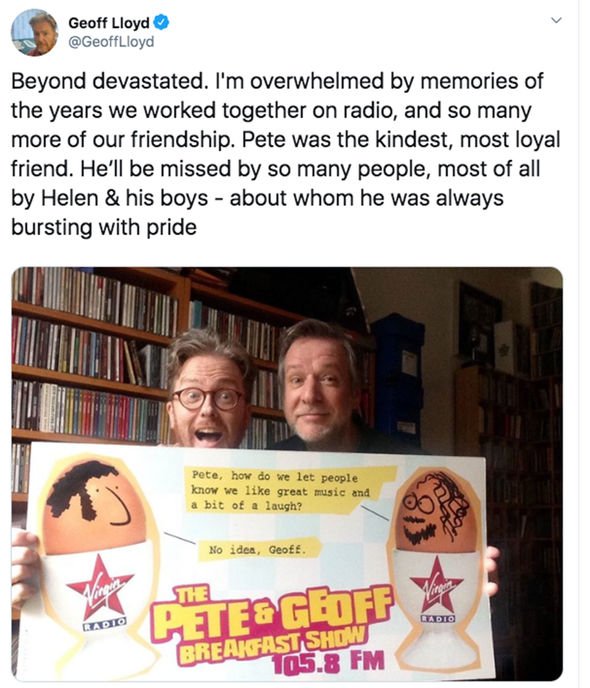 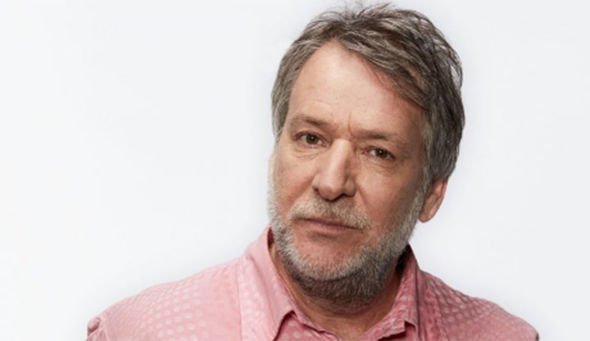 He tweeted: “Absolutely crushing to hear of the sad death of Pete Mitchell.

“A gentleman, a wicked sense of humour and an encyclopaedic knowledge of, and utter love for, music

“An honour to fill your huge boots at XFM Manchester. And to work alongside you at @VirginRadioUK A Mancunian legend.”

The veteran DJ started his career at Red Rose Radio before he moved onto Piccadilly Radio.

He went on to present for a number of other stations including BBC Radio 2, 6 Music, XFM and Absolute Radio.

Pete was also widely known for hosting The Pete and Geoff show alongside Geoff Lloyd on Key 103 in the 90s.

The duo later fronted their show on Virgin Radio, which ended in 2005.

Geoff paid a tribute to his former co-star on the micro-blogging site.

He shared a picture of the duo alongside the caption: “Beyond devastated.

“I’m overwhelmed by memories of the years we worked together on radio, and so many more of our friendship.

“Pete was the kindest, most loyal friend.

“He’ll be missed by so many people, most of all by Helen & his boys – about whom he was always bursting with pride.”