Good Morning Britain presenter Piers Morgan, 55, returned to the ITV show this morning after undergoing a coronavirus test last week. During his time off, he revealed his wife Celia and their eight-year-old daughter cut his hair.

Piers’ new look was noticed by an eagle-eyed viewer who queried him on Twitter.

They wrote: “@GMB watching good morning Britain this morning, I found myself asking who is doing @piersmorgan hair????

“Let’s hope you are practising what you preach! And to be honest @susannareid100 yours isn’t looking to bad!”

In view of his 7.1 million followers, the presenter replied: “My wife did it (again) yesterday, aided by her assistant, my daughter. Slight Tintin feel going on.”

The presenter also addressed his new haircut on the show today as he read out the Twitter comment. 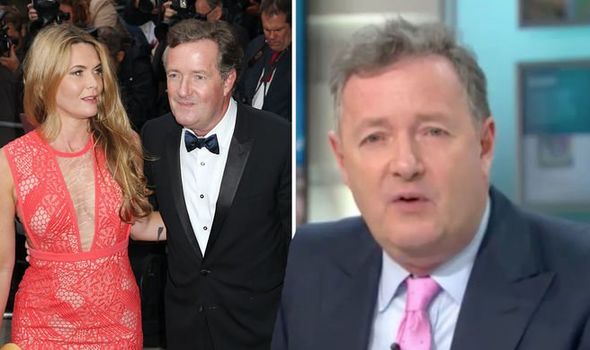 He explained that there were “a few uncomfortable oops and ooh’s” as his wife turned hairdresser for the day.

Susanna then joked that it was fine as it can’t be seen from the back.

“But that’s what we are reduced to right?” Piers added.

Others flocked to Twitter to comment on his hairstyle, with one writing: “I think Celia has found a new calling in life, haha.

“If people are concerned you’ve had it done professionally, shows what a good job your wife has done!” 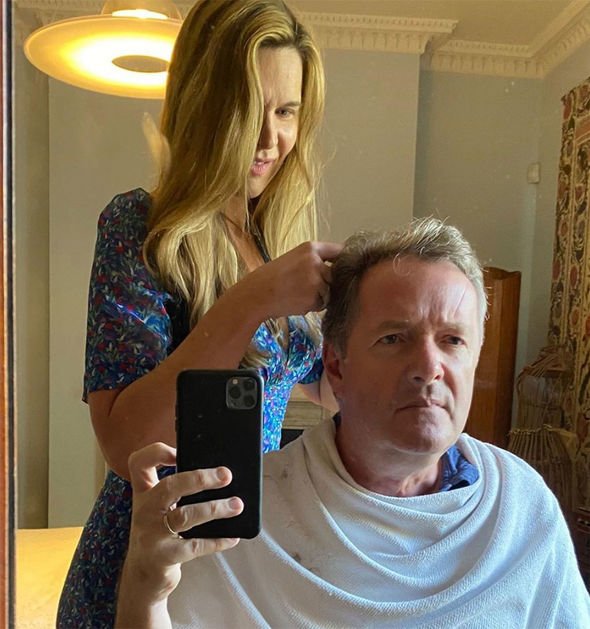 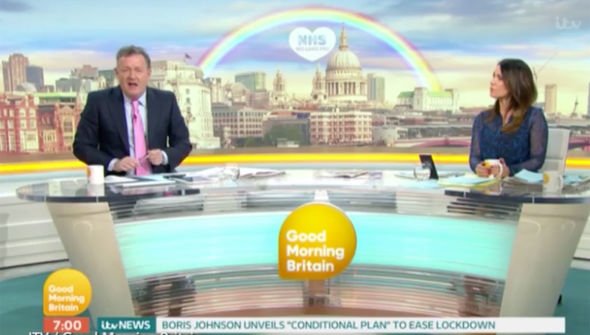 “Nice job on the hair. @susannareid10 looks good too,” a second added.

A third penned: “I must say she’s done a good job! Credit to the women in your house.”

Elsewhere, Piers and his wife of 10 years reacted to Vicky Pattison’s comment about her being “obsessed” with the former.

The ex Geordie Shore star told The Sun’s Fabulous magazine: “I f*****g love him and I want him to be our next Prime Minister. I’m obsessed!

“I can’t get enough of him calling everyone out.”

Sharing the interview on social media, she added: “The voice of the people Mr Morgan… what can I say? I like a man with backbone.”

He also wrote on Instagram: “Well now…. this should keep Celia on her toes.”

Celia shared a picture of the article, which showed Vicky posing up a storm in tight latex attire.

She wrote: “Who is this latex-clad bombshell – and why is she obsessed with my husband? #sundayshocker.”

Good Morning Britain airs weekdays from 6am on ITV.

Related posts:
May 11, 2020 Celebrities Comments Off on Piers Morgan talks ‘uncomfortable’ move with wife as he responds to GMB viewer’s query
Celebrity News:
Carol Vorderman left stunned after dating discovery: ‘There is so much I don’t know’
Ivanka Trump Mocked For Asking People To ‘Wear A Mask’ On July 4th: ‘Tell Your Father’
Louise Redknapp: Jamie Redknapp’s ex told to ‘hide’ FHM award at home ‘They are mortified’
August Alsina Insinuates That Jada Pinkett Smith and Will Smith Knew He Was Going to Talk About the Alleged Relationship
Bill Turnbull: ‘Must secretly be in love with you’ BBC host to co-star amid ‘crass’ remark
Recent Posts
This website uses cookies to improve your user experience and to provide you with advertisements that are relevant to your interests. By continuing to browse the site you are agreeing to our use of cookies.Ok