Sony found success by focusing entirely on gaming last generation, and the PlayStation 5 seems to be headed in a similar direction. We’ve been testing the console for a couple of weeks, and it seems like Sony is set to continue that trend. The PlayStation 5 is very powerful, easy to use, and improved in the few areas where the PlayStation 4 fell short.

The PlayStation 5’s physical design has been divisive since it was first shown off in September. Its black-and-white shell, complete with curved sides that look like fins, will be hit or miss depending on your personal taste. It’s a lot more distinctive than Microsoft’s Xbox One, which looks like a minimalist PC, but it all comes down to taste. To my eye the console looks fine, especially once I found a place for it inside an enclosed shelf inside my entertainment center.

I chose this place specifically because the PlayStation 4 was notorious for producing a lot of fan noise when playing a demanding game. My idea was that playing games while the console was in an area with good-but-not-great airflow might trigger the issue. No such luck, the PlayStation 5 was whisper quiet even if I played games for an hour or two. This bodes well for frustrated PlayStation 4 owners who make the upgrade and play older titles on the new system.

On the technical side, the PlayStation 5 has an HDMI port, two USB-A 3.0 ports, and an Ethernet jack on the back, and a single USB-A and USB-C port on the front. The console’s power and disc-eject button are also located on the front. Sony has a version of the PlayStation 5 without a Blu-Ray drive, which costs $399, but is otherwise identical. The USB ports on the front side are especially convenient, because they make it easy to charge the PlayStation 5’s controller by using the USB-C to USB-A cable Sony includes in the box.

Regardless of how you feel about its design, there’s no denying that the PlayStation 5 is pretty big. It’s 15.4-inches long, 10.2-inches deep, and 4.1-inches wide, and weighs just under 10 pounds. Moving the console around wasn’t difficult, but I’d recommend finding a place for it in your gaming setup, and keeping it there.

The PlayStation 5’s tech specs position it awkwardly between Microsoft’s Xbox Series S and Xbox Series X in terms of raw performance. Numbers will never tell the whole story, but the PlayStation 5 is a console designed for 4K gaming.

It has an eight-core AMD processor running at up to 3.5GHz, 16GB of GDDR6 RAM,a custom AMD RDNA 2 graphics chip running at up to 2.23GHz, and an 852GB SSD. You can upgrade the storage by installing an additional SSD (this feature will not be available at launch). It’s also possible to play backwards-compatible PlayStation 4 titles off an external hard drive or SSD that’s plugged into one of the console’s USB ports.

A list of components won’t tell us everything about how a console will actually perform, but the PlayStation 5 can play 4K games at up to 120FPS (frames per second). It also supports HDR (high dynamic range) video output, which increases the number of colors it can display, and allows it to show contrast (the difference between light and shadows) more accurately.

You’ll need an incredibly premium TV to take full advantage of all of the PlayStation 5’s highest-end graphical features, but I was incredibly satisfied with TCL’s latest 6-Series Display, which I used during my testing. 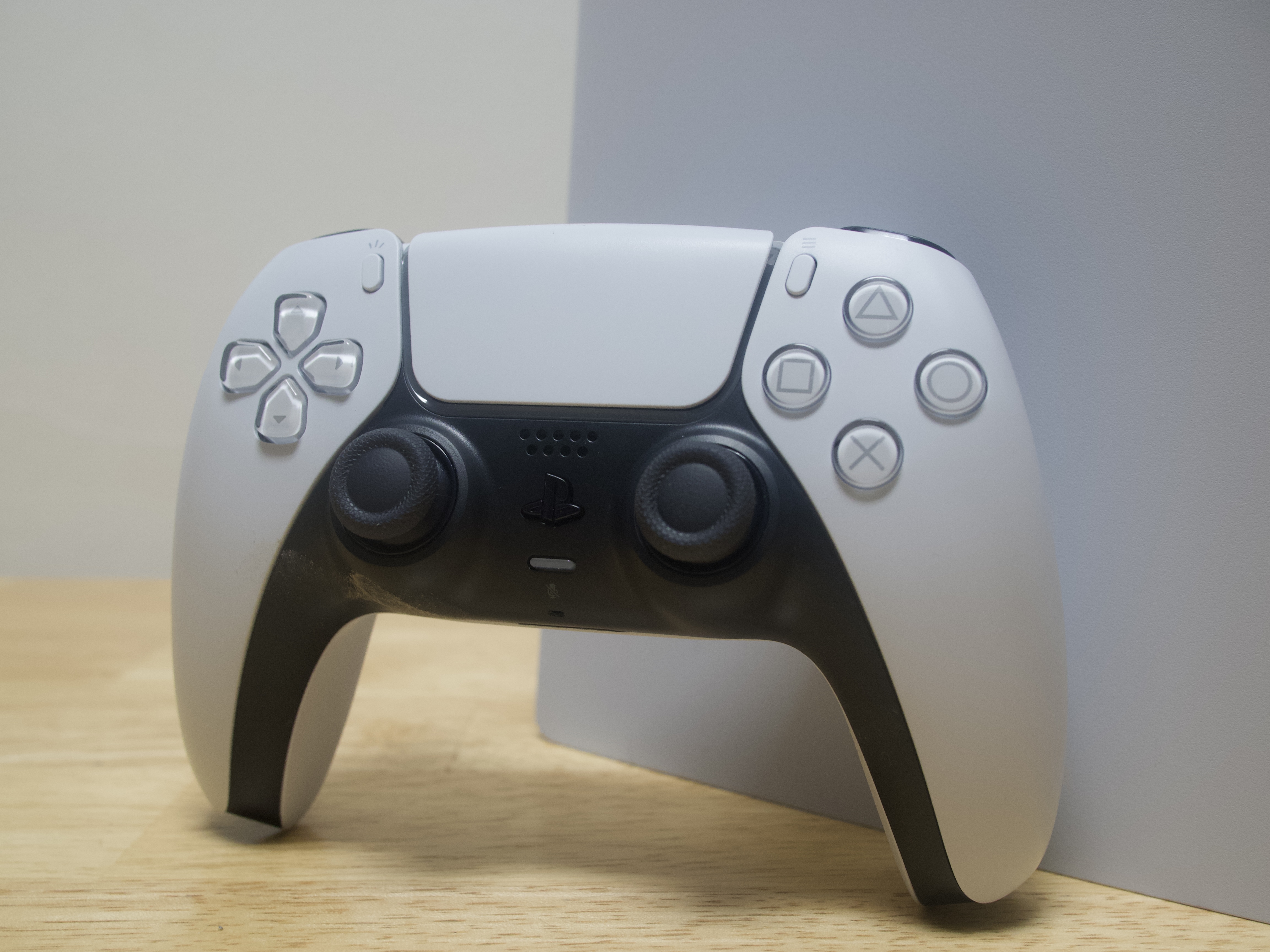 The PlayStation 5’s controller, called the DualSense, is the next evolution of Sony’s DualShock, which was originally released in 1997 and refined with the release of each new console. It has a similar button layout to the DualShock 4, but the shape has changed pretty dramatically. The controller is larger and more rounded, so it feels a lot more comfortable to hold. The back is matte instead of glossy, which makes the controller easier to grip if your hands are sweaty.

The biggest outward changes Sony made to the DualSense were the inclusion of a built-in microphone, and a physical mute button. These features make the PlayStation 5 a friendlier console for game streamers, or folks who want to play online games casually with friends. Sony did pack the DualSense with a bunch of internal technology that’s interesting, but only if developers take advantage of it.

The controller has a mini speaker that produces surprisingly clear audio; its back triggers (R2 and L2) are pressure sensitive, so they know how hard you’re squeezing them; there’s a microphone that’ll detect if you’re blowing air into it; the top button is touch-sensitive, like a laptop trackpad. There’s also an accelerometer in the controller, so it knows when you’re tilting it left and right.

This technology is interesting, and some of these features were available in previous versions of the DualShock, but it’s up to developers to integrate it into their games without feeling gimmicky. Sony has always stretched the limits with its game hardware, like building touchpads into the back of its PlayStation Vita handheld, but time will tell if the DualSense’s extras become mainstays. 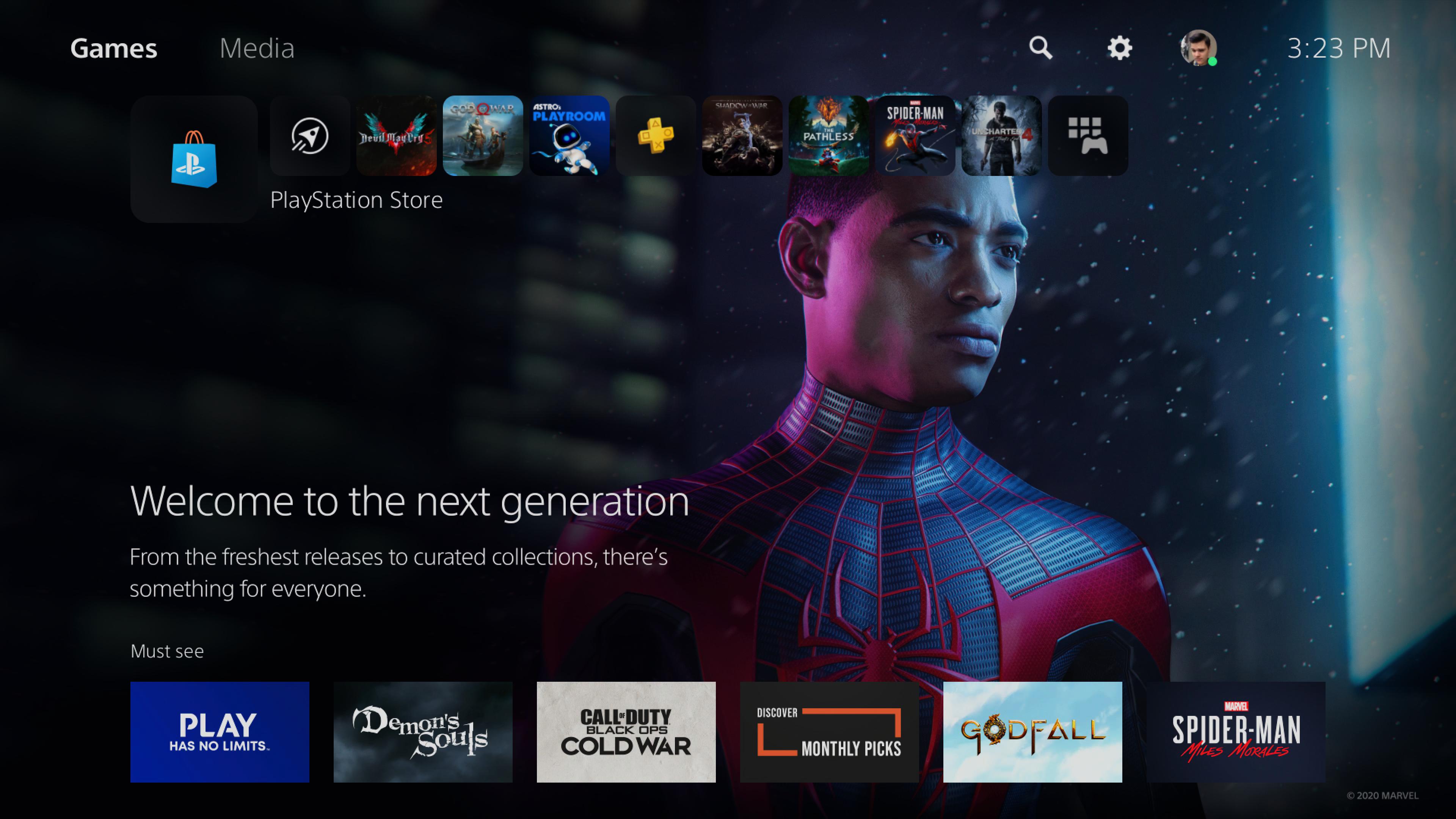 Scrolling between games, launching one, then returning to the front page after I was done playing was a pretty seamless experience. The PlayStation Store wasn’t fully live during my testing period, but the pieces that were in place were also easy and quick to navigate.

Sony deserves even more credit for making the PlayStation 5’s settings easy to access and understand. The settings interface isn’t flashy, but I could diagnose internet issues, adjust my privacy settings, and manage graphics and sound settings with just a few button presses.

It’s nice to see Sony put a lot of thought into how the PlayStation 5 is to use, even when not playing games. Its console is extremely friendly to new players without oversimplifying it for longtime gamers. 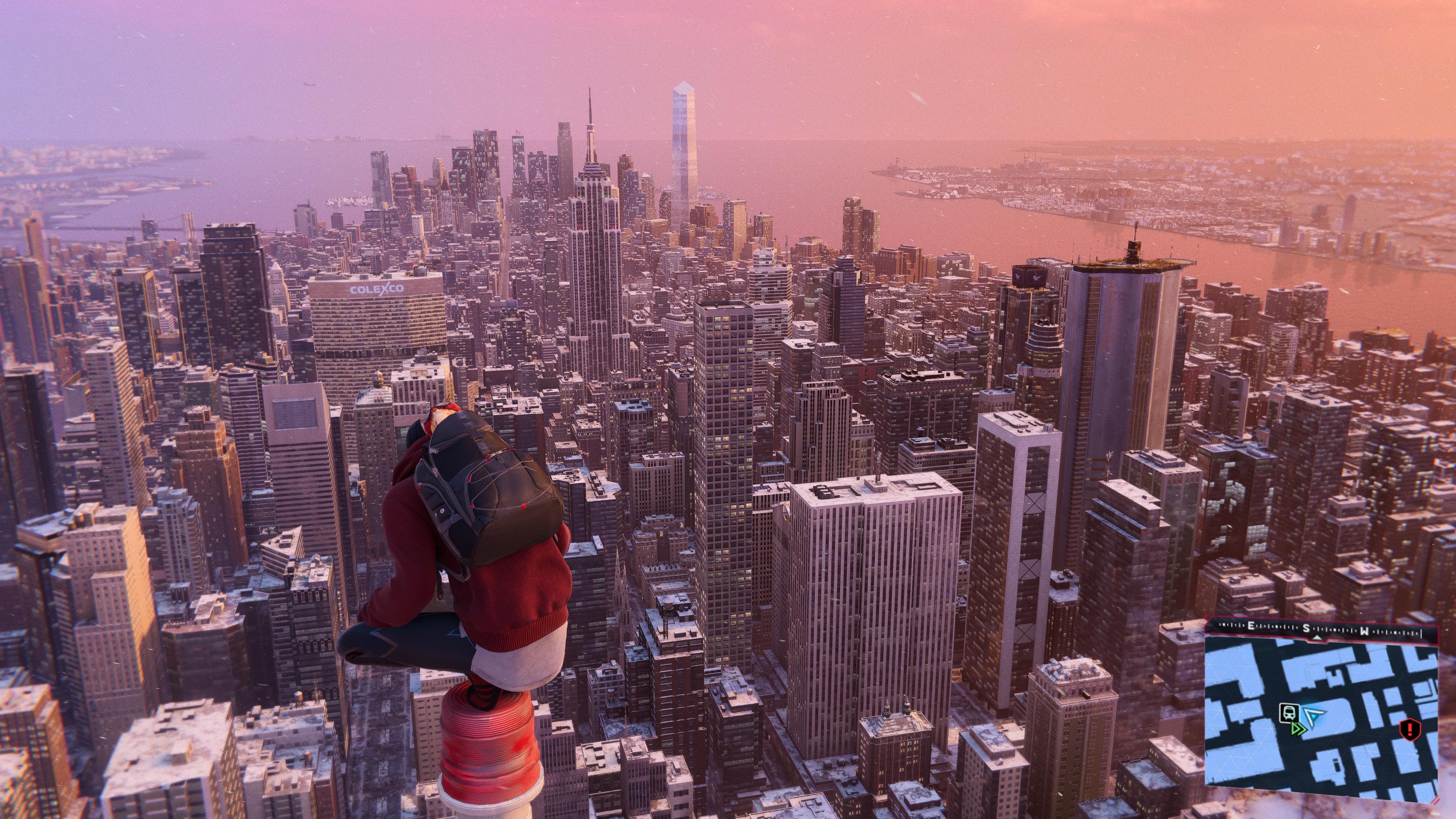 The PlayStation 5 launches with a little over a dozen games, including a high-resolution update to Demon’s Souls, Call Of Duty: Black Ops Cold War, and Fortnite. Older titles have been enhanced to run at a higher resolution, and sometimes a higher frame rate, which means they’ll look and run better.

If you subscribe to PlayStation Plus, Sony’s optional subscription service, you’ll also have access to a selection of PlayStation 4 titles, including The Last of Us: Remastered, God of War, and Infamous: Second Son. You can immediately download these titles, and play them without any restrictions.

A PlayStation Plus subscription costs $59.99 per year, and entitles you to the game library I mentioned earlier, a selection of additional games each month, additional discounts during digital game sales on Sony’s PlayStation store, and the ability to play online with friends. If you skipped the PlayStation 4, PlayStation Plus is the best way to catch up.

Sony did a pretty good job ensuring every type of gamer will have something to play on PlayStation 5 launch day, and the library will continue to grow over time. Getting a console on day one lets you live on the bleeding edge of technology, but you’ll have to wait for generation-defining games to release over time. I primarily played two launch games during my time with the PlayStation 5: Astro’s Playroom, and Marvel’s Spider-Man: Miles Morales, which highlighted different features of the console.

Astro’s Playroom is basically a demonstration disc for the DualSense controller. Each of its stages is built around utilizing one of the DualSense’s technological features. The game is fun as a proof of concept for the system, but it’s pretty simple, and will only take a couple of hours to complete. It’s worth checking out if you want to familiarize yourself with the DualSense, relive some PlayStation history, and treat yourself to some lighthearted platforming. Astro’s Playroom is a free game, and worth checking out when you unbox your system to get more familiar with the new controller.

I was far more impressed with the time I spent with Marvel’s latest Spider Man title. As a technical showcase, this game demonstrated the enormous leap in performance between the PlayStation 4 and PlayStation 5. Marvel’s Spider-Man: Miles Morales takes place in New York City, specifically the Bronx and Manhattan. Sorry to folks in the outer boroughs, which includes me.

Although it’s truncated, the version of New York City in this game still felt very alive. The ability to web-sling my way through the entire city without any trace of lag or loading times, and seeing uniform graphical quality on objects both near and far was pretty incredible. People walked, cars drove through the streets, and quickly zipped over them on my way to the side quest or story beat. I’m being intentionally vague so I don’t spoil the satisfying story, but the fast-paced action in the city that never sleeps looked and felt incredible.

Both of the games I played were developed in-house at Sony, but if third-party developers can take advantage of the PlayStation 5’s hardware with their upcoming titles, you should get very excited.

Time will tell if the PlayStation 5 is a true success, but Sony’s latest console shows an incredible amount of promise. They solved the PlayStation 4’s only major hardware issue (poor cooling), and continued their focus on making a gamer-first piece of hardware. If you’ve invested in a 4K TV, and want to experience the next generation of gaming right away, the PlayStation 5 will make you a true believer.

Pre-order the PlayStation 5 on Amazon, Best Buy, Walmart, and GameStop