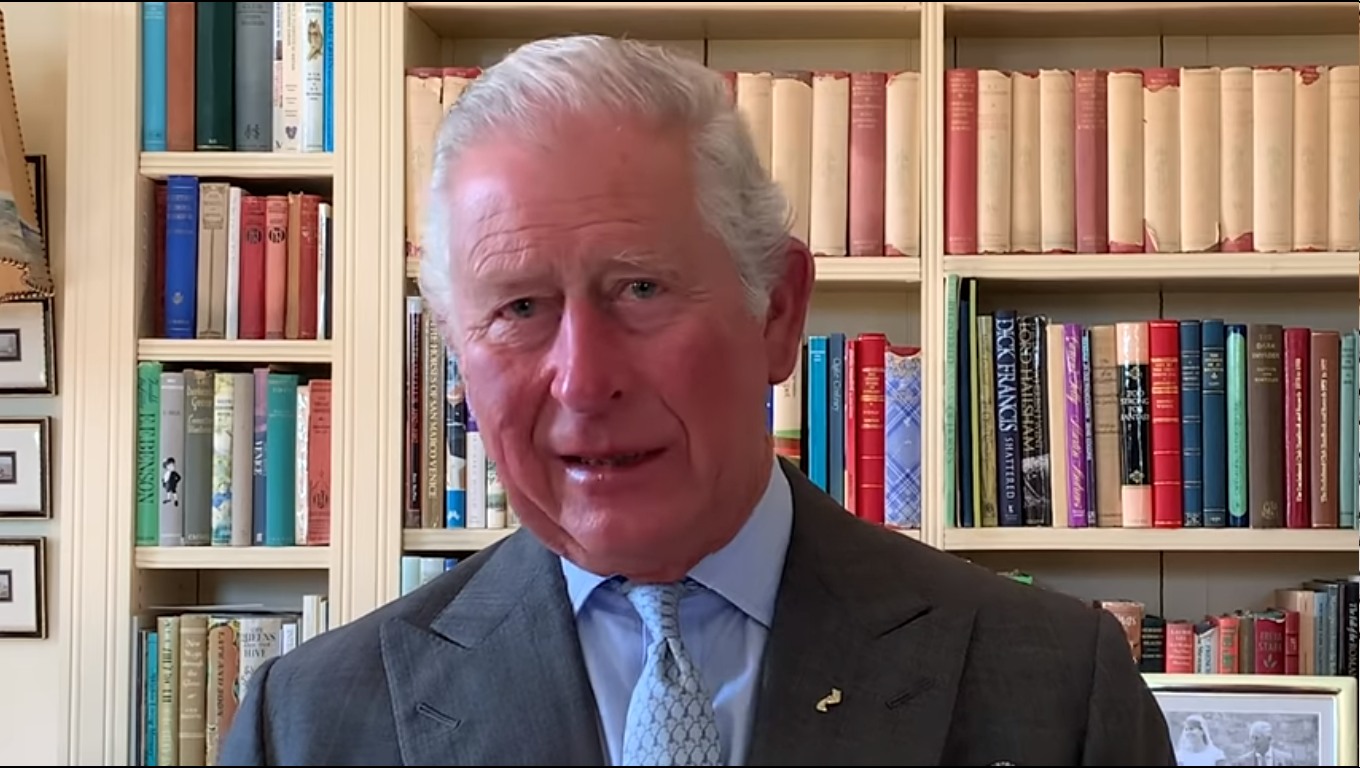 Some people at the New York Times had some ideas for a new kind of “trend piece.” Trend: celebrities’ bookshelves. During the pandemic, almost everyone is working from home, including celebrities trying to promote their projects, or celebrities merely trying to help our friends at various TV shows. This has led to a mass Zoom/video-conference look inside celebrities’ homes. Most celebrities and journalists are doing it the same way: placing themselves in front of a relatively blank wall or a bookshelf for their Zoom chats. Which led to this trend piece: celebrities read books and put those books on their bookshelves. So what are celebrities reading? The NYT did a detailed look.

Cate Blanchett:
1. “Postcapitalism,” by Paul Mason: Information technology is killing capitalism as we know it. But this could be a good thing.
2. “Moscow 1937,” by Karl Schlögel: A portrait of the Soviet capital at the height of Stalin’s reign.
3. The Oxford English Dictionary: It’s 20 volumes. 21,728 pages. 171,476 words. And she owns them all.

Prince Charles
1. “Stubbs,” by Basil Taylor: A biography of the 18th-century English painter best known for his depictions of horses.
2. “Shattered,” by Dick Francis: From the master of the equine thriller, a novel of horse-racing and glassblowing.
3. “Kings in Grass Castles,” by Mary Durack: A 1959 Australian classic about the outback during the 19th century. He probably also owns the sequel: “Sons in the Saddle.”

Amy Poehler:
1. “Time Zero,” by Carolyn Cohagan: A dystopian novel about a future Manhattan that is controlled by misogynistic extremists who don’t allow girls to go to school. Then comes along a plucky 15-year-old and her rebellious grandmother.
2. “Blitzed,” by Norman Ohler: Did you know the Nazis were high on crystal meth? This 2017 history book was a revelation when it showed how everyone from factory workers to housewives to millions of German soldiers was, well, “blitzed.”
3. “Peeves,” by Mike Van Waes: A children’s book about a boy who accidentally sets loose a bunch of irritating little monsters who wreak havoc.

Anna Wintour:
1. “The Nix,” by Nathan Hill: A panoramic novel of social satire that chews off a lot, from 1960s radical politics to Occupy Wall Street, 1940s Norway to Chicago in the ’80s.
2. “Naming Names,” by Victor S. Navasky: The classic account of the House Committee on Un-American Activities investigation of Hollywood for its supposed Communist allegiances. It’s all here, the cruelty, the back-stabbing, the moments of truth under the hot lights.

Paul Rudd
1. “Code of Conduct,” by Brad Thor: The 15th installment in Thor’s thriller series has counterterrorism operative Scot Harvath uncovering the inner workings of a secretive committee of elites running the world.
2. “Jude the Obscure,” by Thomas Hardy: The classic 1895 novel of a young, working-class man who yearns to become a scholar but is thwarted by society and love.
3. “Slave Day,” by Rob Thomas: From the creator of “Veronica Mars,” this Texas high school drama has a disturbing plot involving teens auctioning off one another. “Clueless” this is not.

[From The NY Times]

I find all of this surprisingly charming. You can tell a lot about a person’s interior life by what books they read and hang on to, and I’m sure some people are making the choice to put certain books on certain bookshelves for their video-conferences too. I mean, no one is showing off the fact that they read dirty sex books or cheap romance novels, you know? I love that Paul Rudd has Jude the Obscure. I love Amy Poehler’s reading habits. I love that Prince Charles reads books about horses and people who paint horses. And Cate Blanchett owns all volumes of the Oxford English Dictionary? She must have some massive Scrabble games. 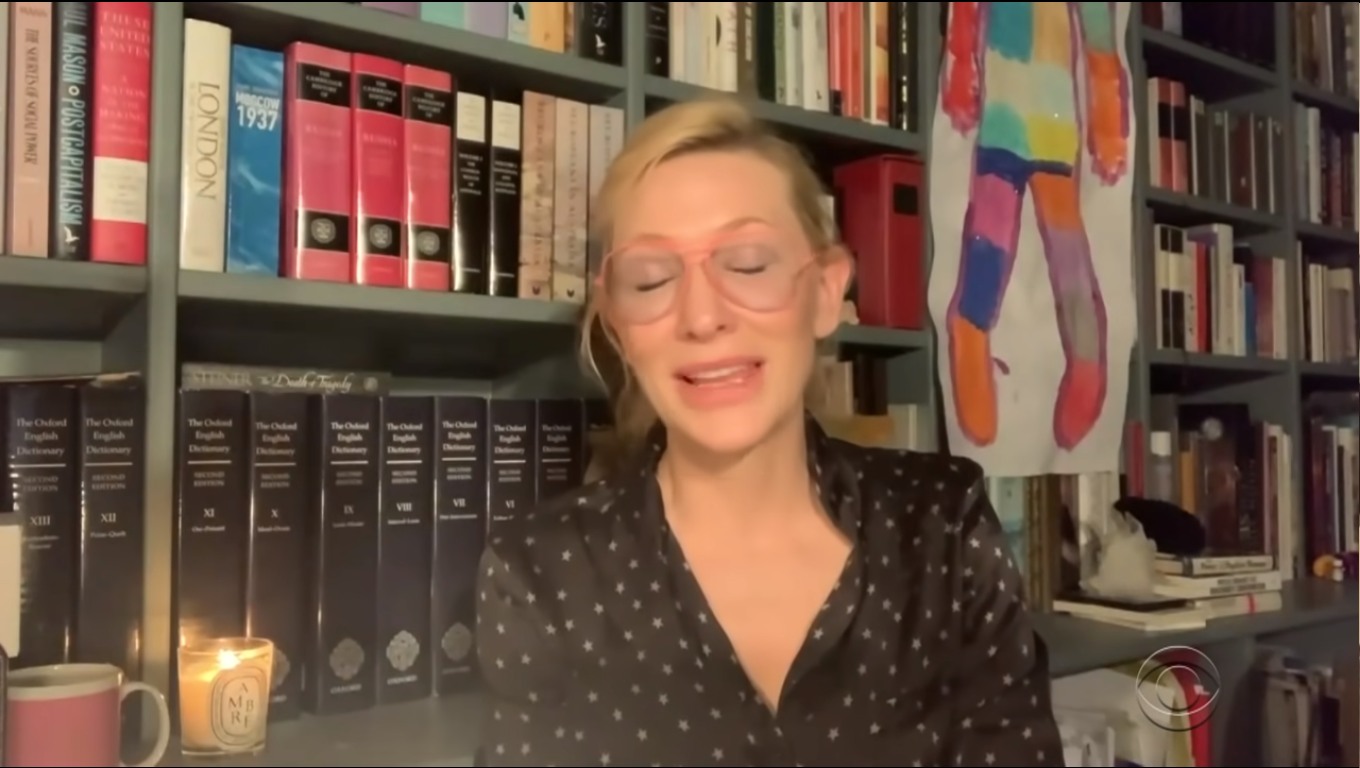