What a handsome little boy Prince Louis is growing into. No longer a toddler, he looks like his older brother George in his third birthday portrait, riding his bike.

Britain’s Prince Louis is growing up so fast! Prince William and Kate Middleton ‘s youngest son turns three on Apr. 23, and in what has become a tradition with all three of their children, his parents have released a new photo a day in advance of Louis’ birthday, which was taken by Kate. The youngster has his 39-year-old mom’s bright, warm smile, as well as her caring yet playful eyes. Louis is also starting to bear a strong resemblance to his older brother Prince George, 7. He’s also growing fast for his age, seen standing proud on his red bike with no training wheels needed!

Kensington Palace released the photo on Apr. 22 via their Instagram page on behalf of the Duke and Duchess of Cambridge. It was noted in the caption that the snapshot of Louis was “Taken earlier this week by The Duchess before he left for his first day of nursery, The Duke and Duchess are pleased to share a new image of Prince Louis.” Aww! Louis is already in nursery school. 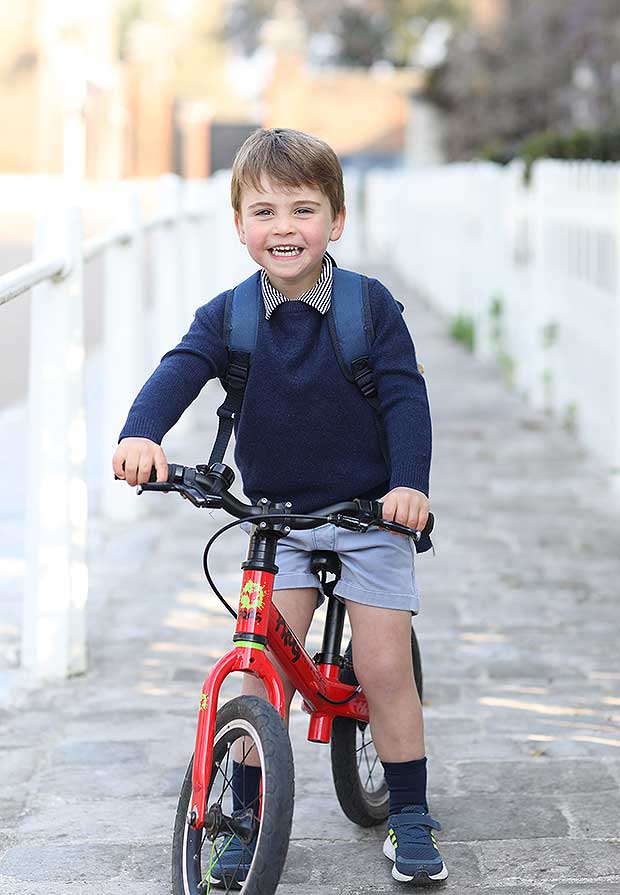 The youngest of the Cambridge kids looked ready for school in a navy long sleeve crew neck sweater and a navy and white striped collared shirt underneath. Louis was dressed in light blue shorts with sporty blue trainers and navy socks. He even wore a backpack over his shoulders, looking completely ready for his first day of nursery school. His brother Prince George and sister  and Princess Charlotte, 5, returned to class at London’s Thomas Battersea School earlier this week after a three week Easter break. 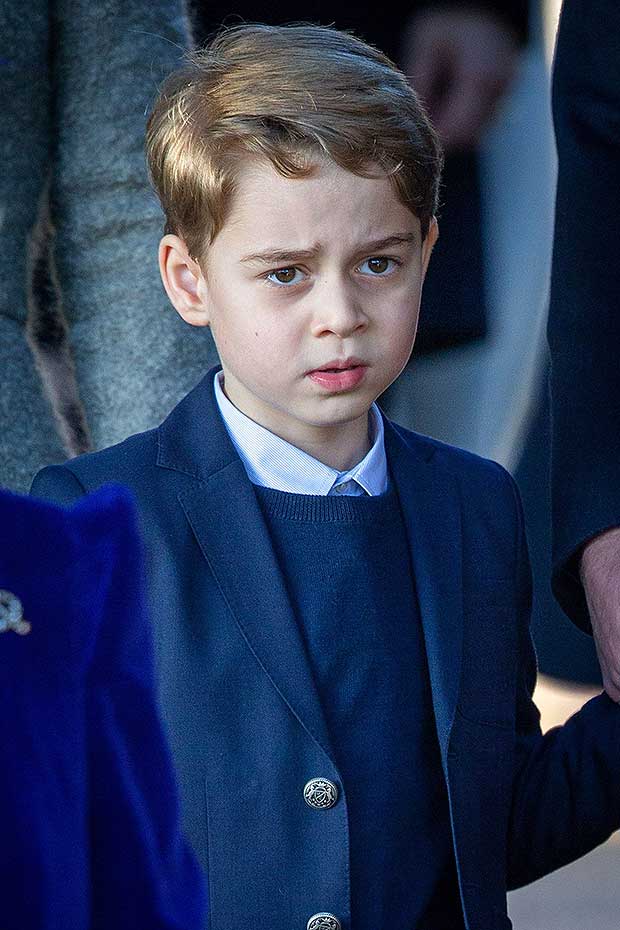 It was just a year ago that Louis’ birthday photo showed the cutie doing finger painting, as he had a full rainbow of colors on his hands in several snapshots taken by his mother. But it was also a nod to Britain’s NHS and their valiant efforts in the fight against COVID-19, as the pandemic was sweeping the U.K. and the world. Rainbows had become the symbol of thanks towards those working in the National Heath Service, who were working to save lives by the day.

A new photo of happy and smiling Prince Louis is bound to lift the spirit of fans of the royal family, which sadly saw the death of Prince Philip on Apr. 9 at the age of 99. He was married to Queen Elizabeth II for 73 years, and was her “rock.” The Duke of Edinburgh’s funeral was held on Sat. Apr. 17, in which only 30 close family members were allowed to attend due to COVID-19 restrictions. To show what a loving great-grandfather Philip was to his grandchildren’s children, William and Kate released a photo from 2018 showing Queen Elizabeth and the Duke seated with all of their great- grandchildren at the time, as the royal couple was surrounded by the adorable extended family the two created.