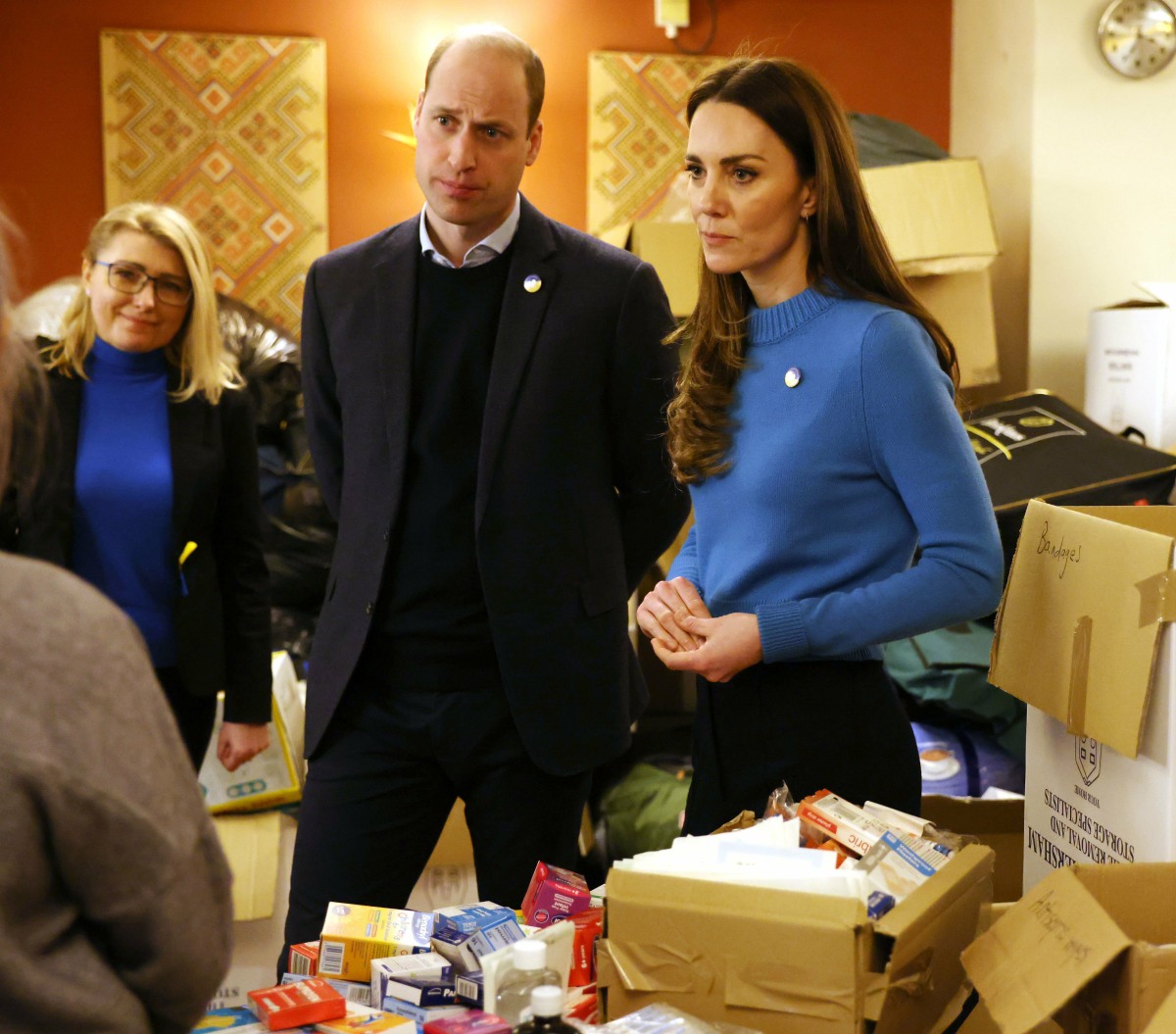 On Wednesday, the Duke and Duchess of Cambridge stepped out for their first event of the week, and their first event since March 1st. William and Kate made a stop by the Ukrainian Cultural Centre in London, which has become the epicenter for people dropping off donations for Ukrainian refugees and Ukrainian fighters. The volunteers and staff have been trying to coordinate the donations and send everything along to the more than 1.8 million displaced Ukrainians. Will and Kate were highlighting the donations and perhaps making a vague appeal for more money, clothing and everything else to be donated, although they did not say any of that specifically.

Kate and William both wore little pins for Ukraine – yellow and blue with a white heart in the center. Kate also picked out a new-to-us Alexander McQueen sweater which retails for £520. Maybe she already had it in her closet, or maybe she had to do a spot of emergency shopping to find a designer sweater the perfect shade of blue so she could (inevitably) cosplay the Ukrainian flag. Shocked she didn’t wear yellow trousers. But even then, it was William who made the big gaffe, if you think racism qualifies as a “gaffe.”

The couple heard about the services offered at the centre, the incredible amount of donations they have received following Russia’s invasion of the country and the challenges they continue to face to get material aid where it’s most needed.

William told volunteers that Britain and the rest of Europe were united behind them and spoke of the shock at seeing war on European soil.

He said Britons were more used to seeing conflict in Africa and Asia. ‘It’s very alien to see this in Europe. We are all behind you,’ he said. But he added that he, like many, wanted to do more to help. ‘We feel so useless,’ he said.

The couple offered assistance from their charitable foundation for children and young people suffering mental health problems and trauma from the war, and said their eldest children, Prince George, aged eight, and six-year-old Princess Charlotte, had been affected by the unfolding tragedy.

‘Ours have been coming home asking all about it,’ William said. ‘They are obviously talking about it with their friends at school.’ He suggested he had found it difficult discussing some of it with his children, adding he had to ‘choose my words carefully to explain what is going on’.

“It’s very alien to see this in Europe…” As many people have said, these aren’t even dog whistles anymore. This is just flat-out racism, as people are constantly saying flat-out “I can’t believe this is happening to white people! We could ignore it when it happened to brown and Black people!” Let’s also be clear, it’s not like the Russian invasion of Ukraine is something that hasn’t been seen in Europe for generations. Europe has actually been dealing with its own refugee crisis for years now, because refugees from former European colonies – all of those brown and Black countries which were looted by current Europeans’ ancestors – have been trying to immigrate. Not to mention Bosnia. Not to mention all of British history. Not to mention the Troubles. Not to mention all of the sh-t the Queen has seen in her damn lifetime, with Jewish refugees fleeing to Britain during WWII, East Germans trying to cross the wall, the Soviet invasion of Czechoslovakia, and on and on. William’s historical illiteracy and tone-deaf racism strike again.

Oh, and Kate made brownies and granola bars for the volunteers and workers. Ten granola bars and eight brownies. I mean, it’s nice, but maybe next time bring enough for everyone? I’ve always complained that Will and Kate never bring anything when they do events like this, so someone in KP is listening. Still, it probably would have been great if Will and Kate had also donated clothes, toiletries, nonperishable food, etc. Baby steps. (And yes, I know she’s copykeening Meghan. That goes without saying.) Note: I have looked closer at the brownie-and-bar pic and I do think there are second layers in the tins, so maybe she did bring enough for everyone. 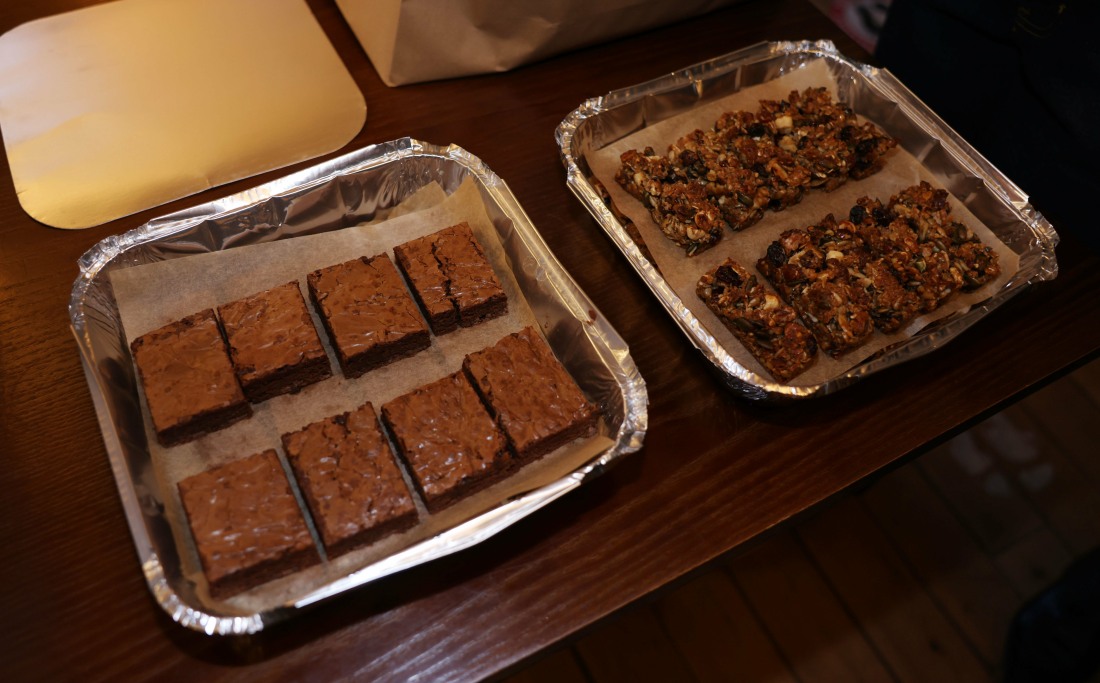 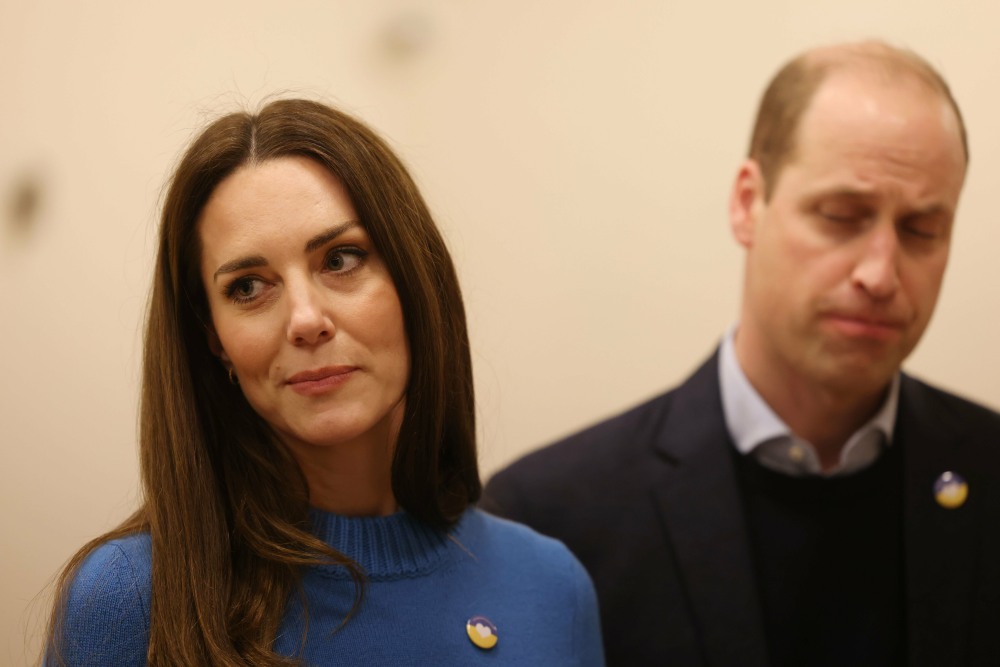 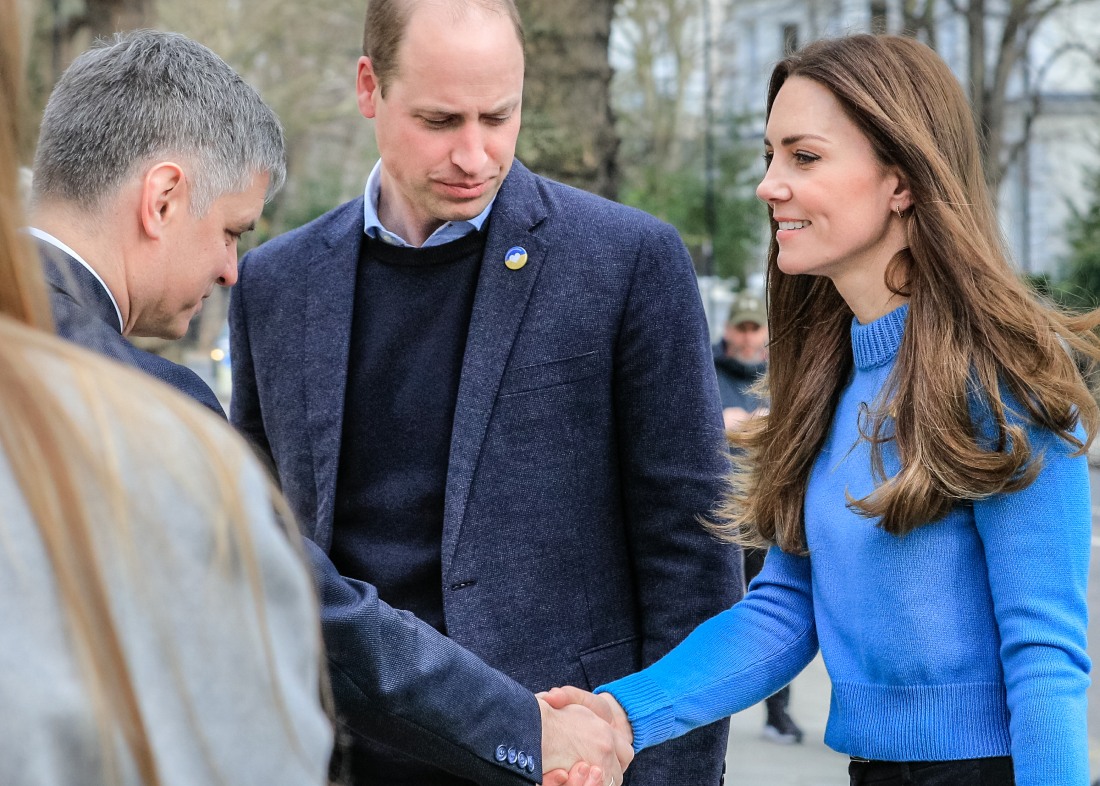