Like the grin on a Cheshire Cat, the British sense of humour is generally the last thing to go. Ask Neil, who has lived with crippling Parkinson’s disease for 17 years.

‘I was hoping to shake it off,’ he jokes.

The gags on Rhod Gilbert’s Work Experience (BBC2) usually come from the sarky Welsh comedian, who has been tackling all manner of careers with unflagging ineptitude for ten years. 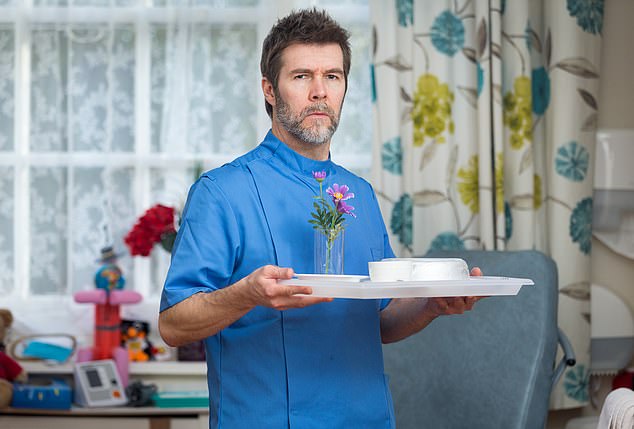 Rhod’s been a tattooist, a binman, a butler, a zoo keeper, a male model and everything in between.

But his quick wit was outgunned on all sides at the Cardiff care home where he was helping to look after the residents. Like expert hecklers, they left him speechless.

At the weekly bingo session, Londoner Betty scolded him mercilessly for his Welsh accent. He wasn’t calling the numbers properly, she insisted — and didn’t relent until Rhod adopted a Cockney growl like Ray Winstone ordering a round in the Queen Vic.

Betty liked a flutter. She’d already beaten him at Connect Four, by hiding a handful of his counters.

The running theme of this half-hour series is that Rhod is practically unemployable. He can’t take anything seriously, and he bristles at the first hint of authority.

On his first day’s training, he glared daggers at instructor Matt, a patient bloke with a handlebar moustache who was trying to show him how to give a bed-bath. 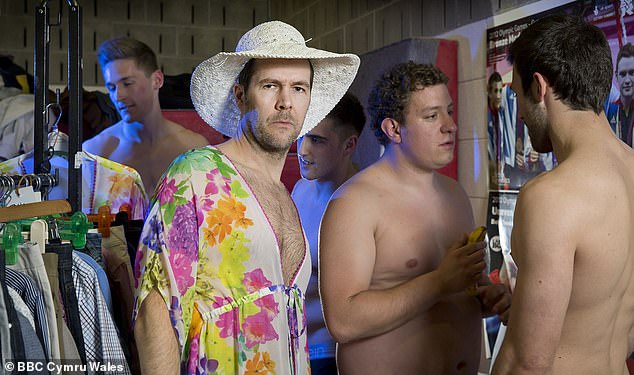 ‘Don’t make the sound effects,’ Matt told him, as Rhod grunted with pretended exertion. ‘This isn’t the Chuckle Brothers.’

Rhod glowered with the insolence of a spoilt 14-year-old who thinks he knows it all. For the rest of the segment, his voiceover taunted Matt with nicknames such as Hairy Seatbelt Face. That’s very mature.

But the swagger vanished at his first encounter with old folk, during a singalong in the care home lounge. He choked up at the sweet-natured dedication of the carers.

‘I can’t think of a more important job than this,’ he said between tears. ‘It’s just a privilege, innit?’

There could be no better time for such sentiments. This short programme could do little more than hint at what long, hard hours are demanded of carers, mostly for minimum wage — if they get paid at all. Now they face the deadly virus, too.

If any good comes from this wretched pandemic, it must be a proper appreciation of the work Britain’s carers do.

Producing new shows during lockdown requires innovation and imagination. The four home-made playlets in this week’s Isolation Stories (ITV) have demonstrated those qualities in abundance.

Starring top television actors such as Sheridan Smith and Robert Glenister, who largely filmed themselves, these 15-minute dramas ran a risk of giving way to improvisation. 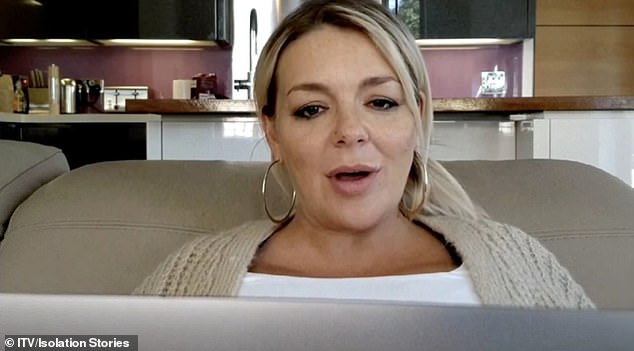 Taut scripts have ensured that doesn’t happen. In the latest episode, Darren Boyd played a ranting hypochondriac, Mike, haranguing his therapist over a video link, in rapid-fire dialogue (by playwright William Ivory) that left no room for making lines up.

This was a beautifully constructed confrontation that examined the irrational behaviour of people trapped indoors for weeks on end, beset by legitimate fears that can balloon into panic.

Mike was too scared to open the door to delivery drivers, and was trying to disinfect Amazon packages by putting them in the fridge.

No one could have predicted the extra irony, that this drama would air on the day one of the architects of lockdown, Professor Neil Ferguson, was exposed as an abject hypocrite who flouted his own guidance. Too improbable for a TV drama.