Rob Bryan and Steve Coogan have returned to our screens with their hit TV flick ‘The Trip’. Now in its fourth and final season, the pair travel to Greece to continue reviewing restaurants as part of the fictionalised drama. Onscreen the characters’ clashing personalities – like cheese and gravel – lead to petty squabbles and bickering over mundane topics. But in real life, it was actually the ‘Alan Partridge’ actor who gave Rob his first big break on BBC comedy ‘Marion and Geoff’ in 2000. However, in interviews given by the actors, it appears that the pair are a little frosty off-camera and don’t necessarily get on. Their relatively-tumultuous relationship is littered with spats and snipes that could be misconstrued for another scene in the show.

The fraught friendship of Rob Brydon and Steve Coogan was documented in a 2010 Guardian interview.

Steve described how most of the conversations on the show – which are mainly improvised – are “sort of genuine arguments”.

They range from clashes to see who can do the best celebrity impressions, the difference between the North and Wales, opinions on certain foods, intellectual browbeating and more.

Steve said: “So some of the conversations with Rob are funny, but some of them are very uncomfortable.”

Recounting one argument that felt more like real-life friction than TV drama, he added: “He called me a prick the other day.

“It was slightly unwarranted, just because I’d annoyed him, and I made him apologise to me.” 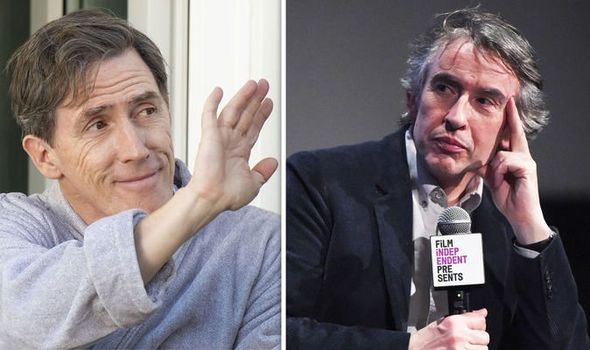 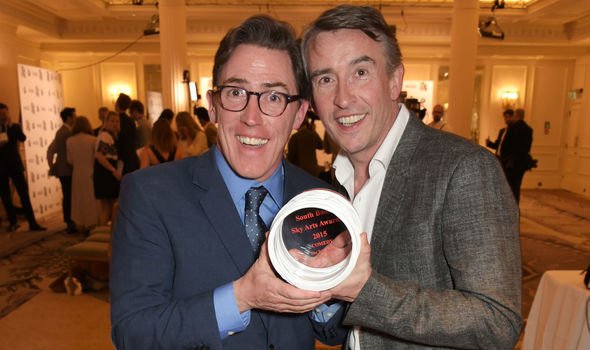 Steve apparently isn’t the only one to feel the tension, as the ‘Gavin & Stacey’ star would later reveal in the interview.

Rob, who plays a more openly emotional character compared to Steve’s bullish yet insecure persona, said he does get “a bit upset sometimes”.

He explained: “It can get a little heated and we’re really nasty to each other. It’s good for him. I don’t know.”

Their real life opinions of one another appears to be replicated in a scene from the TV show where Rob is asked if Steve is his friend by a receptionist.

Rob quickly remarks: “No… We work together.” 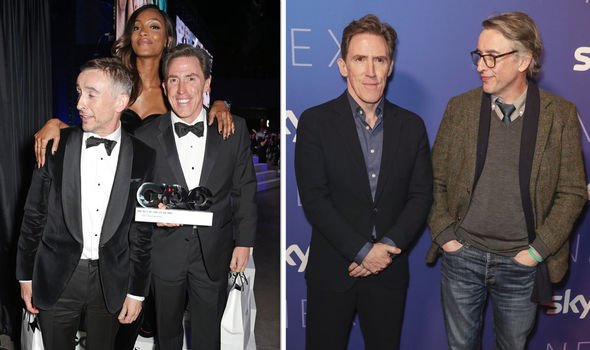 Despite the pair’s bickering, The Trip has gone onto success with both actors receiving nominations at the BAFTA and British Comedy Awards.

Their efforts even saw Steve win a BAFTA for ‘Best Male Performance in a Comedy Role’ back in 2011.

But the apparent success of the show appears not to have brought them closer together.

Rob said: “We’re not the big buddies that some people think we are.

“I mean, before this I don’t think I’d really seen him properly for about two years.”

But he added: “When we do get back together, we slot in quite easily”