Danny Baker has complained that the BBC ‘threw me under the bus’ after he jokingly compared Harry and Meghan’s mixed- race son Archie to a chimp.

The broadcaster was sacked from his Radio 5 Live Saturday morning show last May after he tweeted a picture of a smartly dressed chimpanzee captioned ‘Royal baby leaves hospital’.

Baker, 62, pictured, denied accusations of racism over the comment.

He told Tracy Ann Oberman’s Trolled podcast yesterday that he ‘never had a great relationship’ with BBC bosses because he is not ‘club- bable’ and claimed that one of the staff who rang his home over the matter was rude to his wife. 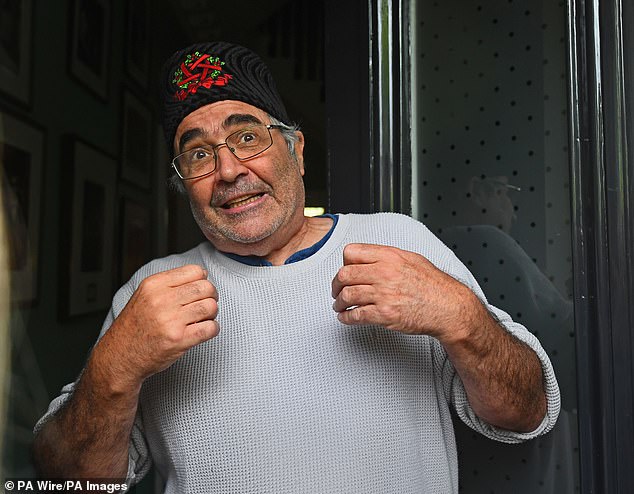 While he received support from hundreds of showbusiness friends, some said they could not openly back him as they had mortgages to pay.

After he tweeted the chimpanzee picture, the broadcaster was accused of racism, with critics accusing him of likening Archie – the first modern mixed-race royal baby – to an ape.

Within hours of his post he was sacked by the BBC for his ‘serious error of judgment’.

Baker admitted to podcast host and former EastEnders actress, Tracy Ann Oberman, that he got what he ‘deserved’. 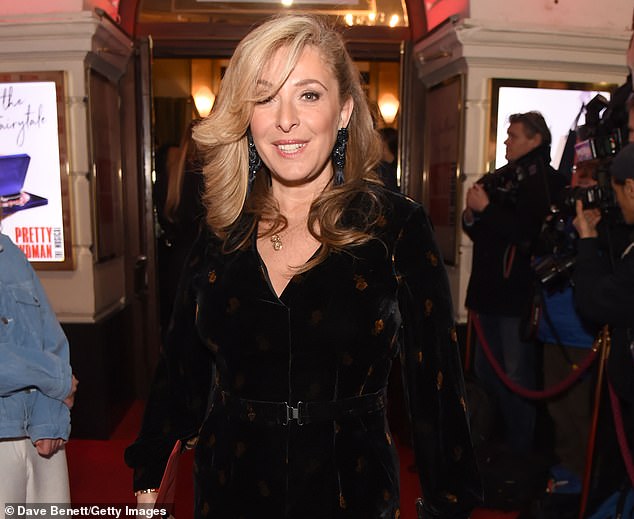 Tracy-Ann Oberman attend the press night performance of ‘Pretty Woman’ at the Piccadilly Theatre on Sunday in London. Baker admitted to the podcast host and former EastEnders actress that he got what he ‘deserved’ over his royal baby tweet

‘The BBC threw me under the bus,’ he said. ‘I had 200 or 300 direct messages from people in showbusiness. But a few said they wanted to support me publicly but had a mortgage. I did not feel sorry for myself, because I shouldn’t.’

Baker, who hosts his own podcast, Treehouse, said he doesn’t want to be ‘defined’ by the ‘revolting, terrible time’ he suffered .