Working it out! Savannah Chrisley and Nic Kerdiles are focused on bettering themselves after postponing their wedding.

Stars Who’ve Had to Postpone Weddings Amid Coronavirus Pandemic

“I mean we’ve gone back to dating,” Chrisley, 22, told Us Weekly exclusively on Monday, July 6, while promoting the new season of Chrisley Knows Best. “So that’s kind of where we’re at now. [We’re] just taking some time to figure out ourselves.”

The pair announced in June that they put a pause on their upcoming nuptials. “We made [the decision] together,” the reality TV star told her father, Todd Chrisley, on the June 18 episode of his “Chrisley Confessions” podcast. “We both realized that things moved way too fast and we needed to go back to dating.”

Although they are no longer engaged, Savannah and Kerdiles, 26, are seeing each other. 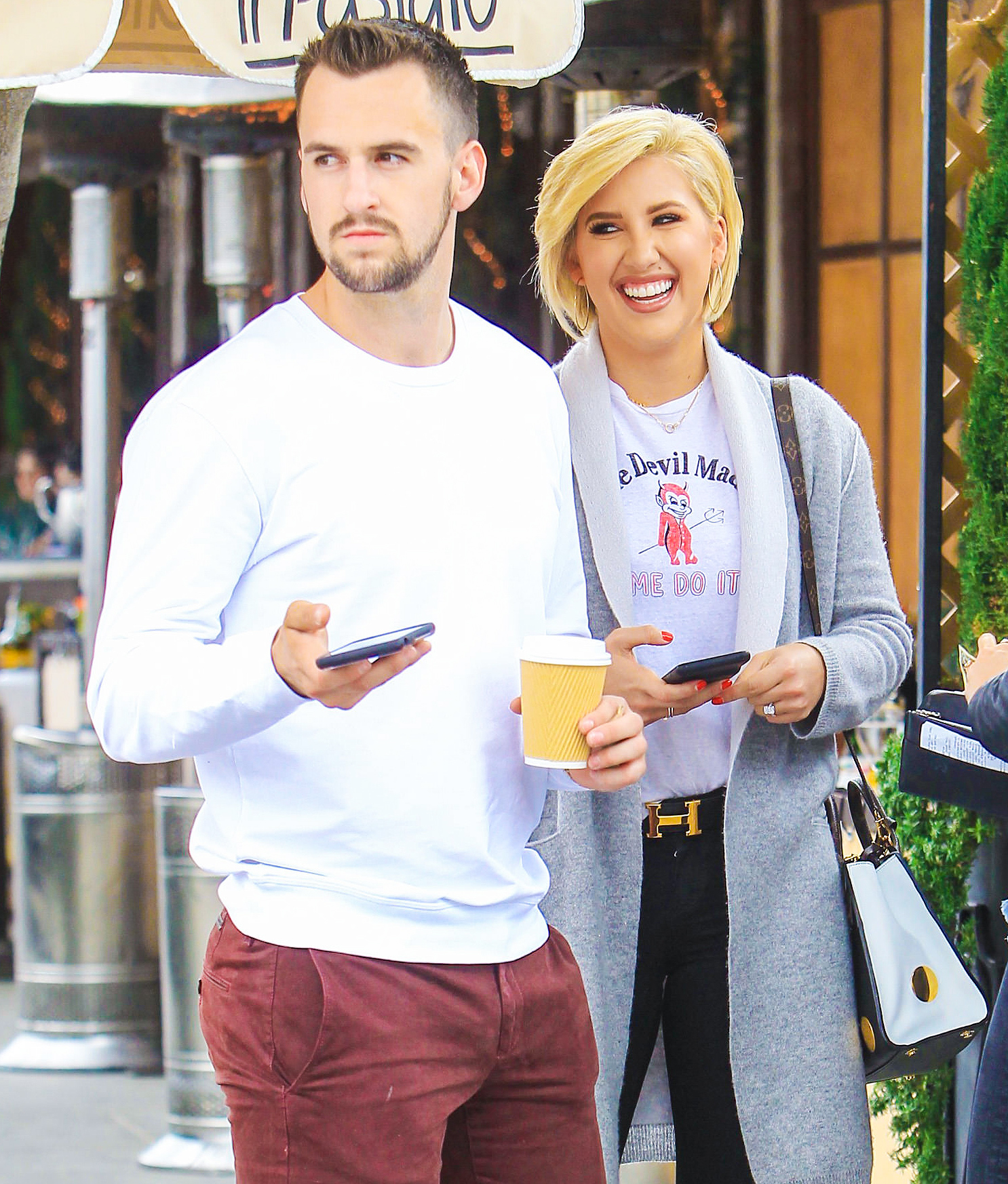 “I think right now it’s a lot of focusing on us individually, because I’m a firm believer that if you’re not good to yourself you can’t be good for anyone else,” the Georgia native explained, noting the hockey player is dealing with a career transition and the two are navigating COVID-19 like the rest of the world. “Right now we’re working on becoming the best versions of ourselves.”

Savannah added: “We’ve had a lot of challenging conversations and we love it because it forces us to know better and do better and there’s just a lot of learning going on.”

Those ups and downs will be featured on the upcoming season of the USA Network reality show.

“I think we definitely go into detail about everything and just how unique of a relationship that Nic and I have, and how we’re not really following the rule book if you want to say, or the playbook,” the Growing Up Chrisley star said. “We’re kind of just doing things how we want to do them and what we feel is best for us.”

Looking back, the TV personality learned that she and Kerdiles got swept up in the excitement of an engagement and weren’t ready for all that it entailed.

“At first we got wrapped up into the whole, you know, ‘Oh, we got engaged. Now we have to get married soon.’ You know, we kind of put that pressure on ourselves and we definitely got a lot of pressure from everyone else,” Savannah revealed of the April 2019 proposal. “We just had to finally take a second to step and say, ‘OK, what’s best for us?’ And we just realized that we kind of rushed into things really fast and we still had a lot of learning and growing to do.”

Savannah explained that she and Kerdiles are no longer planning a wedding, but they could in the future.

Related posts:
July 8, 2020 Celebrities Comments Off on Savannah Chrisley: Nic and I Had ‘Challenging Conversations’ Amid Wedding Drama
Celebrity News:
Alicia Keys Teams Up with E.l.f. Beauty for New Lifestyle Beauty Brand!
Joey King on Jacob Elordi's Claim He Didn't Watch 'Kissing Booth 2'
Jennifer Garner Spotted With Bradley Cooper and His Kid Amid Split Rumors With Boyfriend
Fabolous and T.I. Blasted on Social Media for Revealing Record Labels Insisted They Hide Their Wives and Families
'General Hospital': Wes Ramsey Had a Crush on Laura Wright Long Before They Started Dating
Recent Posts
This website uses cookies to improve your user experience and to provide you with advertisements that are relevant to your interests. By continuing to browse the site you are agreeing to our use of cookies.Ok