Sunday Brunch hosts Simon Rimmer, 56, and Tim Lovejoy, 51, were joined by Kerry Howard, Tony Blackburn, Ricky Wilson and Matthew Morrison. The presenting duo got caught up in a cheeky moment after their guest hinted all the “good men” were taken after she was quizzed on her love life by Tim.

As they prepped a food dish, Tim questioned actress Kerry Howard, 37, on her love life, but was cheekily asked out by BBC presenter Tony Blackburn, 77.

The Sunday Brunch host asked: “I will move on from single life and dating. However, I would like to know what you’d be looking for in a man?”

Tim queried: “What? Just that one thing.” 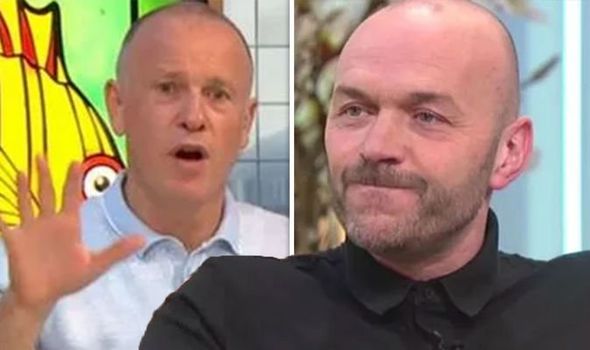 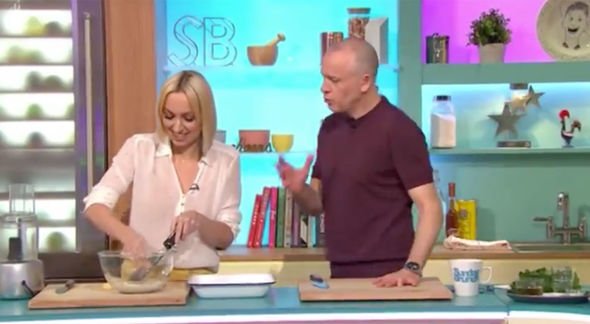 “Just be nice,” Kerry reiterated. “That would be really good.”

Tim quizzed further: “Is there not enough of that in the world? There isn’t is there mate?”

She replied: “No there isn’t.”

Tony Blackburn appeared to hint at taking Kerry up on a date, as she exclaimed: “Tony! You’re married. In another lifetime you can break my heart.” 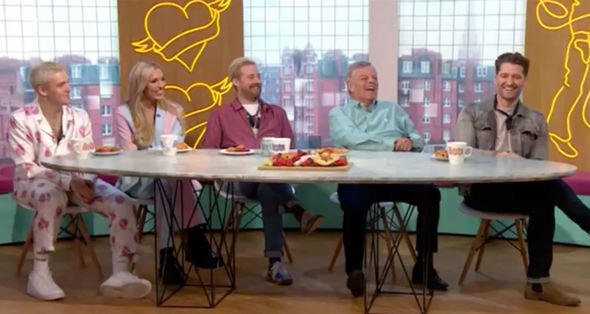 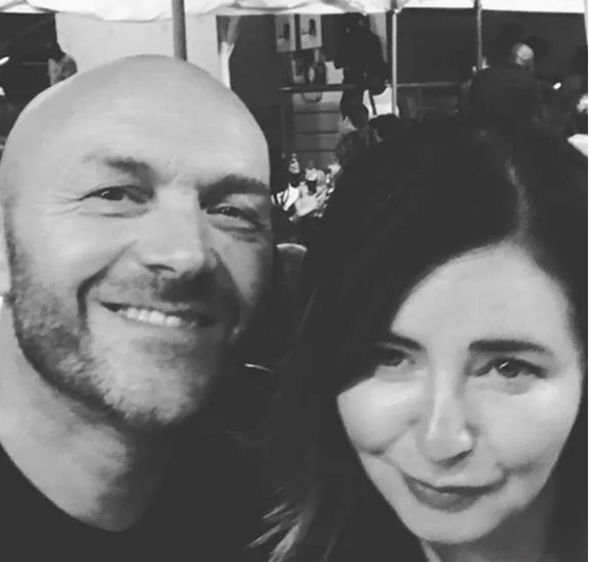 She added: “It’s not fair. All the good ones are taken.”

The studio audience went up in laughter by Kerry’s admission, as the Sunday Brunch host’s quickly moved onto cooking.

Meanwhile, the Sunday Brunch host’s rarely give an insight into their personal lives but the TV chef recently spoke about married life to his wife Ali Mac.

Simon has been married to his wife Ali, 51, for over 20 years and the couple share two children together.

The TV star revealed who takesover the kitchen when it comes to cooking the family dinner after he spilled his beau is also a chef.

He said: “We both do the cooking. My wife used to be chef and we both love it.”

The small-screen star – who also is a restauranteur – admitted cooking at home is a world away from how meals are prepared in his establishments.

“At home you tend to cook far more on masse and everyone helps themselves.”

The father-of-two also revealed it is a rarity the family will sit with a plate of food as they tend to prefer to have several buffet-styled dishes prepared.

He added: “It’s very rare in our house that someone will get a plate of food in front of them. What you’ll get is loads of food on the table and everyone just piles into it.

“It’s really a nice way to do it. If you came around to our house then I can guarantee there’ll be a big bowl of salad, there’ll be a big vowel of veggies, there’ll probably be some meat that would’ve marinated or slow cooked. Its a really sociable way of eating.”

Sunday Brunch airs on Sundays on Channel 4 at 9.30am.