If you’re starting a vlog (“video blog”), using your smartphone camera makes sense because you already have it, but if you want to take your videos to the next level, you should invest in a good vlog camera.

The best cameras for vlogging have larger sensors than the ones in your smartphone, which allow them to gather more light. The more light the sensor gets, the clearer the picture looks. This is especially true in lower light situations.

If you’re serious about vlogging, you should also consider investing in some additional lighting, a lavaliere microphone, a green screen, and decorations, but the camera you use will have the biggest impact on your work.

We gathered three cameras that will be a substantial improvement over using your smartphone, and allow you to make professional-looking videos from any room of your house. If you have an idea for a YouTube channel, IGTV or Facebook series, and want to stand out among other creators vying for a spot in a crowded field, getting a dedicated vlog camera is a sign of commitment and the first step to stronger content.

What You Need to Know Before Buying a Vlog Camera

There are many factors to think about when choosing the right vlogging camera for you; below are the most important ones, which we considered while we were researching this list.

The 10 Best Tequila Brands to Pick Up Right Now

Tilt: The feature that separates vlog cameras from regular ones is their screen, which tilts up so you can see yourself while you record. The cameras in this guide all have a 180-degree tilting screen, so you’re able to frame your shots before you hit record.

Photo and Video: If you’re posting a vlog, you’ll want it to look as crisp as possible. All of the cameras in our guide can shoot video at 4K resolution at 30fps (frames per second), which should get you extremely clear results, especially in good lighting.

Optical Image Stabilization: This feature (typically abbreviated to OIS), allows a sensor in the camera’s lens to move subtly to compensate for small movements. If you have a slightly shaky hand, OIS allows you to get a clean shot. It’s not perfect, but our vlog camera picks all support this feature.

Screen Size: Because your camera’s screen will be tilted at 180 degrees, it’s important that you can see yourself while you record. Our camera picks all have three-inch screens, which are typical of cameras of this size.

Camera Style: We chose a mix of point-and-shoot cameras and a Micro-4/3 style camera for our guide. The main difference between the two styles is that a Micro 4/3 camera allows you to switch out the lens you use. Point-and-shoot cameras have a built-in lens that can’t be upgraded or swapped out later.

The point-and-shoot camera has a 20.3MP sensor, and can take 4K video at 30fps (frames per second). The sensor works with a Panasonic-developed technology called the Venus Engine to improve its performance in low light. The DC-ZS70K has a five-axis OIS system that compensates for vertical and horizontal movements, and uses a software technology Panasonic calls Level Shot to take a straight image, even if you’re shooting at an angle.

This camera’s best photo feature is called Focus Stacking. The camera takes a picture with a large depth of field, and allows you to adjust which part of the photo you’d like to focus and blur after it’s taken. This is something you’ve been able to do in professional image editing software for years, but it’s powerful to have right on the camera.

It’s unfortunate that this feature is only really useful if you’re a travel vlogger who incorporates a lot of images into your videos. The other features — especially low light performance — will make a much bigger difference when taking video.

Pros: The camera’s five-stage image stabilization, and low light performance will help you get more usable.

Cons: Its best feature is geared more toward photographers than vloggers. 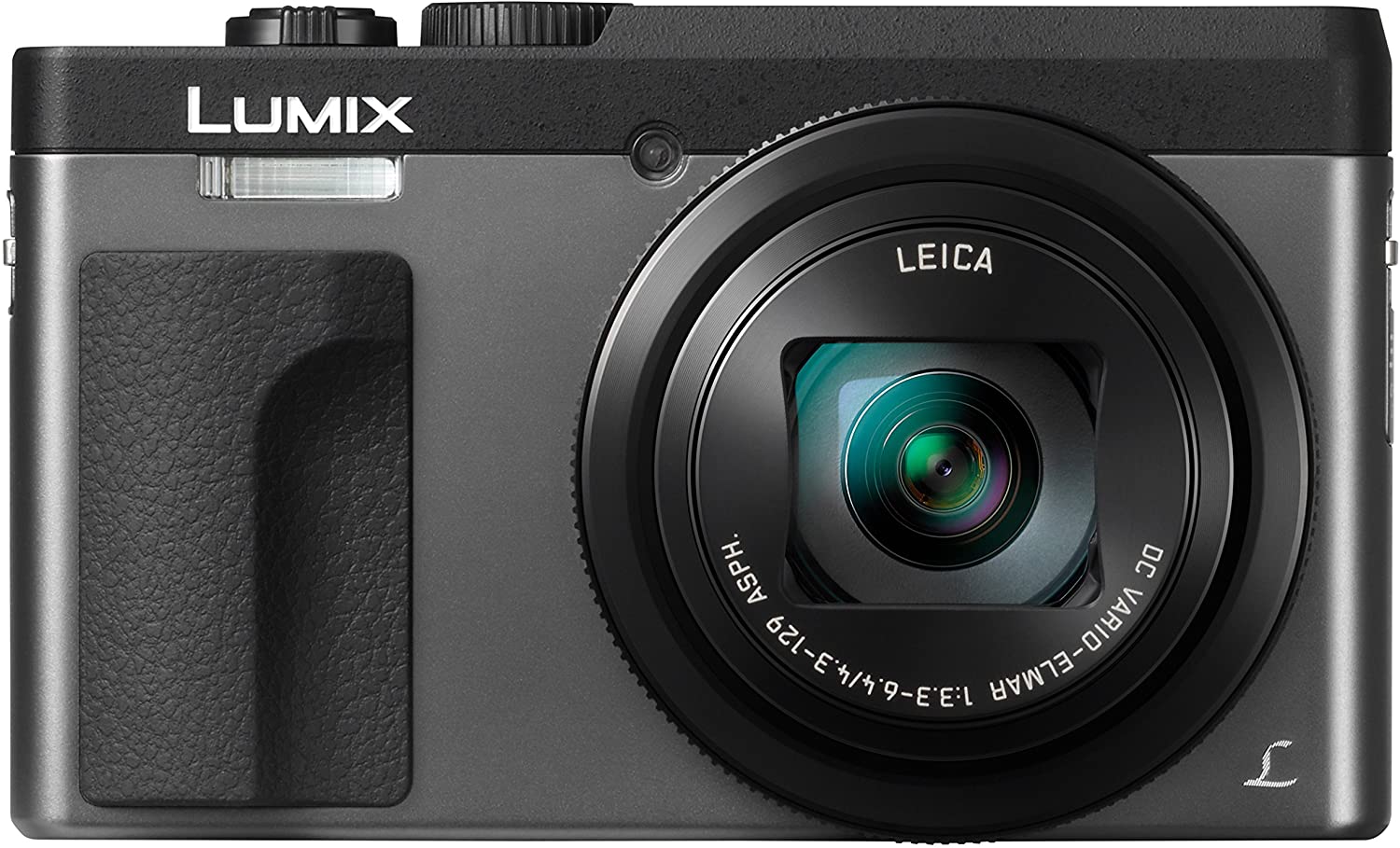 If your vlog takes you outside of your home and into the world, you’ll need a camera with tech features that’ll help you get it edited and posted as quickly as possible.

Canon’s PowerShot SX740 is a point-and-shoot that nails the camera features you’ll need to get great footage. It has a 20.3MP lens, can take 4K video at 30fps, and uses a built-in gyroscope that helps calibrate its “dual-sensing” optical image stabilization. The camera’s 40x optical zoom also allows you to take close-up shots from far away without introducing any pixilation, which occurs when you use digital zoom.

What helps this camera stand out is its built in WiFi and Bluetooth antennas. You can connect the camera directly to your phone, tablet, or computer (iOS, Android, Mac, and PC), to transfer video wirelessly. That means you’re able to shoot footage, send it to a phone, edit it, and upload it without ever going back to your home. You can also transfer video to your phone, sync it up to the cloud, and have it waiting for you on your computer when you get home.

The PowerShot SX740’s wireless hardware also allows it to geotag every shot you take, so you can find it by searching your video library for a particular place. Finally, you can use your phone as a remote shutter button to start and stop videos without touching the camera. Its OIS system and low light performance may not be as sophisticated as the one in the Panasonic camera we recommend, but the Canon PowerShot SX740 deserves consideration for its technical specs alone.

Pros: The camera’s WiFi and Bluetooth antennas make it easier to shoot, edit, and post vlogs on location.

Cons: Its OIS and low light performance may not be as good as other cameras on this list. 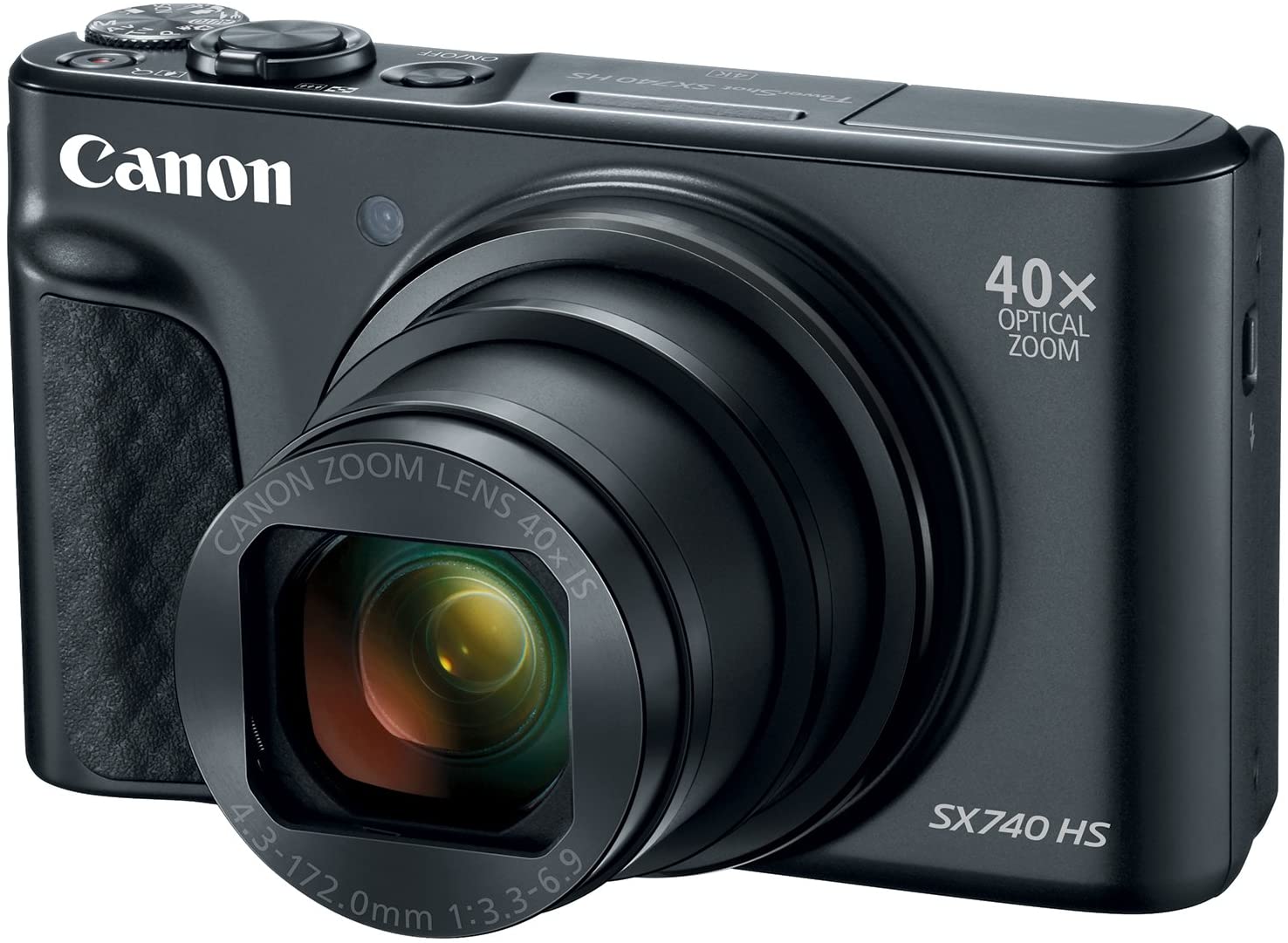 Point-and-shoot cameras are a really great entry point for vloggers, but if you want to get a camera you can upgrade or augment over time, Olympus’ Pen E-PL10 is the right choice.

It’s a Micro 4/3 camera, which looks like a point-and-shoot, but allows you to switch out its lens. If you’re a dynamic vlogger — someone who does some shoots indoors, some outdoors, wants extreme closeups without grain, or faraway shots with a lot of detail — the option to switch to the appropriate lens is huge. I’ve shot on an older version of this Olympus Micro 4/3 camera and have been incredibly happy with the photos I’m able to get from it, even when I have it set to automatic. If you mess around with the zoom and focus settings manually, you’ll get even higher quality video.

On the technical side, the E-PL10 scores very highly. It’s the latest in this line of cameras, and has a built-in WiFi antenna that allows you to wirelessly transfer videos and photos to your phone or tablet via an app (iOS and Android). You can also use your phone as a shutter button to record and stop videos without touching the camera.

The E-PL10 does pretty well on the photo and video quality side, too. It has a 16MP lens that can shoot 4K video at 30fps. It supports HDR (high dynamic range), an image technology that makes the color in pictures and videos look more authentic. This feature will save you time from having to edit your footage so skin tones or color-rich shots (green grass and a clear, blue sky for instance) look the way they did when you recorded your vlog.

If there’s a downside to the E-PL10, it’s that micro 4/3 cameras aren’t quite as simple to use as a point-and-shoot, whose name literally explains how to use it. Picking the right lens, and carrying around extra gear may be cumbersome, but having the option may be worth it to you if you’re set on getting the perfect shot every time.

Pros: The ability to change out this camera’s lens gives you the ability to record shots you wouldn’t get from a point-and-shoot.

Cons: Having to switch between multiple lenses does make using the camera more cumbersome to carry around. 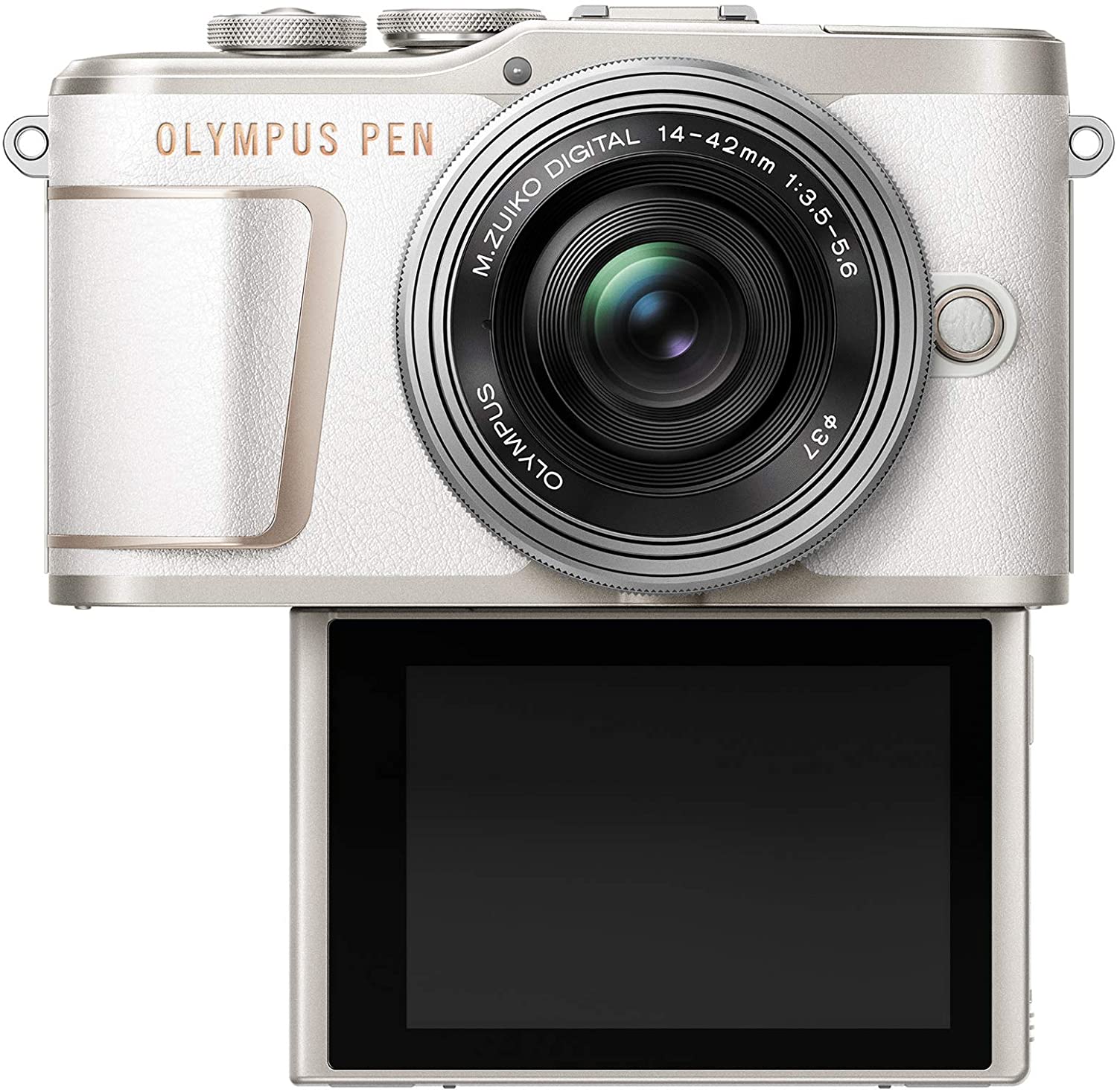 Related posts:
May 6, 2020 Celebrities Comments Off on So You Wanna Be a Vlogger? Here Are the Best Cameras to Use
Celebrity News:
Garrett Hedlund Arrested For Public Intoxication After Split From Emma Roberts Report
A Place In The Suns Craig Rowe speaks out on health concern amid property drama
Kim Kardashian's Touching Tribute To Late Fashion Designer Thierry Mugler
Nick Cannon Pens Sweet Tribute to Late Son Zen: Missing My Little Dude
Jennifer Coolidge got a guest spot on Thank U, Next by DMing Ariana Grande
Recent Posts