Auntie Beeb is a hard task-mistress. When she hits on a successful format, she works it to the point of exhaustion.

And so it was last night that we saw The Great British Sewing Bee (BBC1) return for an eighth series.

A dozen fresh hopefuls arrived at the bright new headquarters, a former woollen mill in Yorkshire, to be assessed by judges Esme Young and Patrick Grant.

Among all the tests of domestic dexterity that the Beeb has tried since stumbling on success in 2010 with Bake Off, the Sewing Bee is surely the most charming.

But that doesn’t mean it isn’t crammed with moments of low-key tension, as a stitch frays or a needle snaps.

And though the designers’ creations don’t set our pulses racing in quite the same way as a close-up of a moist lemon drizzle cake, we are all able to gauge for ourselves whether each item of clothing is up to scratch.

Everyone knows a little bit about clothes, which can’t be said about pottery or allotments — two of the BBC’s less successful choices for competition series.

Certainly, these identikit shows betray a depressing lack of variety and imagination at the Beeb. 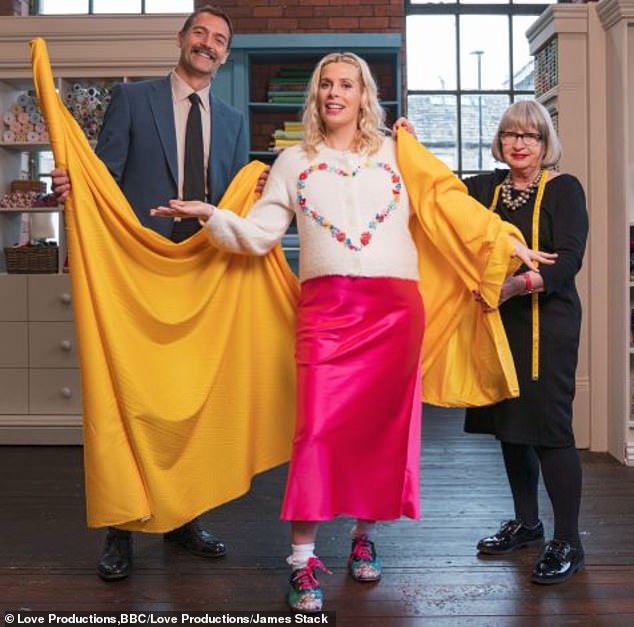 After allegations of drug addiction and child abuse, you might think that Jacko’s reputation couldn’t sink any lower.

The man’s legend lies in the gutter.

But at least the same wasn’t true of our 12 new needle-wielders, who set a high standard from the off.

They began with mini-skirts, turned their attention to disco-wear made from recycled jogging bottoms, and ended with wraparound kimono dresses.

Patrick was keen to point out that more men than ever took up sewing in lockdown and this year’s intake reflects that, with a strong male contingent.

So far, though, the boys are making a hash of it. Poor Millwall fan Steve sewed his sleeves together.

And while father-of-two Mitch, who wooed his fiancee when they played in an Abba tribute band together (he was Benny, she was Anni-Frid), ought to have triumphed easily in the disco challenge, his lop-sided red-andblack tunic was a disaster.

‘Dennis the Menace would definitely go disco dancing in that,’ sniffed Esme. The real disaster, though, was to schedule the finale of Interior Design Masters (BBC1) straight after the Sewing Bee.

That really was one repetition too many. This has been the best series so far of the paint-and-plant pots show, but it has gone on a fortnight too long! 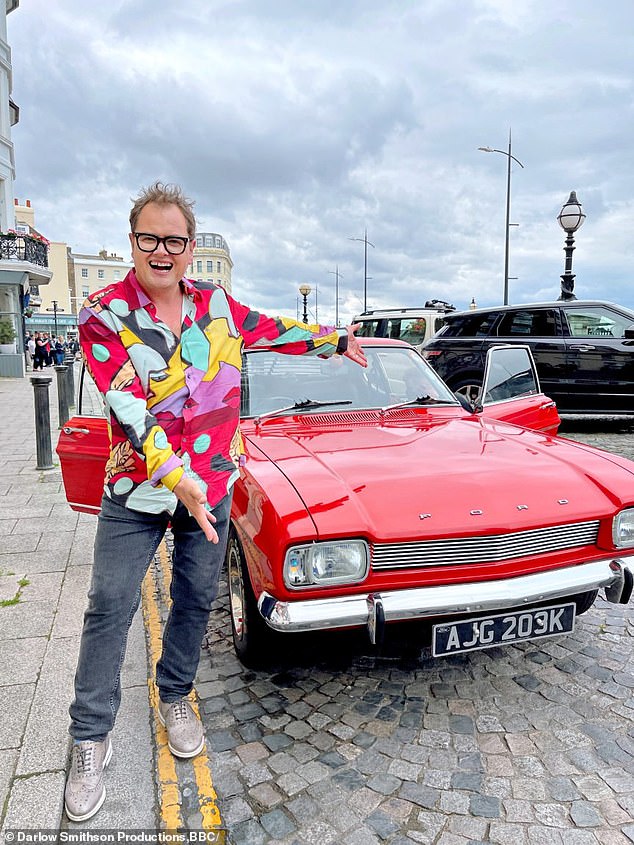 Picture shows: Alan Carr shows off his new ride as he arrives in Margate to check in on the designers

Presenter Alan Carr and judge Michelle Ogundehin could have wrapped it all up nicely with the final four contestants.

But to have just two left standing meant we dwelled too long on the details of their bar-room conversions in Soho.

The danger with a face-off between two finalists is always that one will be a runaway winner, robbing the hour of much of its tension — and that’s exactly what happened.

Once Amy had decided to spend a day demolishing half the interior of her bar, she left herself no time.

The camera tried to hide how far behind she was but Alan’s face said it all. Rival Banjo was coasting to victory.

At the end of the episode, there was hardly any point in announcing the winner.