Susanna Reid, 49, who joined the Good Morning Britain team in 2014, has revealed how she prepares for her mornings on-air with Piers, 54, and how she has a “tough exterior” when it comes to being a TV presenter. As the host turns 50 this year, the journalist says her days with Ben Shephard, 45, are therapeutic compared to when she’s on with Piers.

Monday to Wednesday is just: ‘Oh my god’ with Piers.

Susanna admitted that she calls co-host Piers the “Morganator”, as she revealed that she drinks six or seven cups of tea or coffee to help her get through the morning.

She told The Sun: “It was me and Ben Shephard today – therapeutic Thursdays.

“Monday to Wednesday is just: ‘Oh my god’ with Piers [Morgan], or The Morganator as I call him. He tries to dominate, but he doesn’t succeed”, the presenter continued.

Before her presenting role on GMB, Susanna presented BBC Breakfast alongside Bill Turnbull, 64. 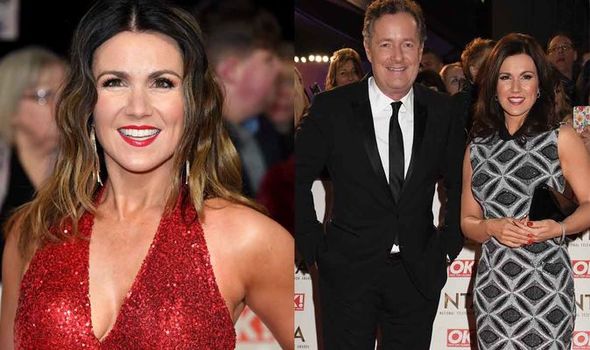 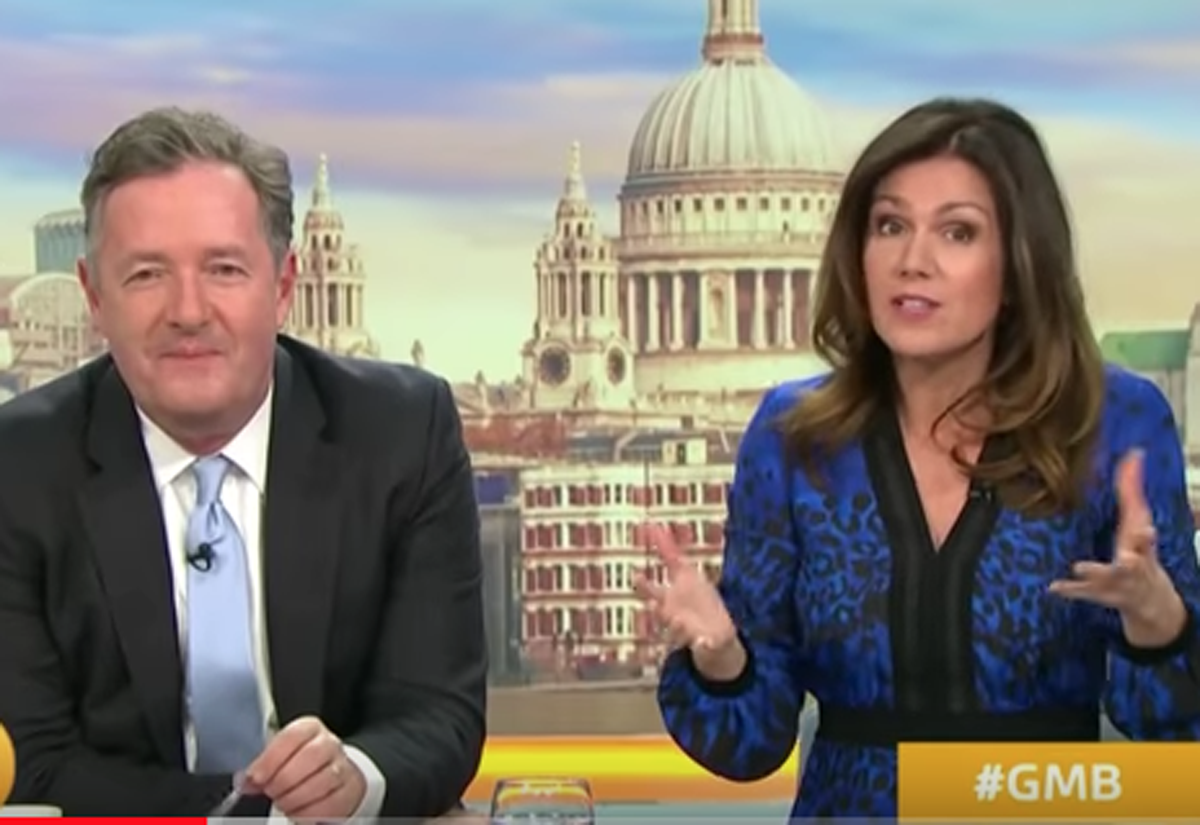 The presenter went into detail about the time she and Piers first met, just before they would be presenting the morning programme together.

She told The Sun that she suggested they should go for a drink to get everything out in the open.

“When Piers first arrived in November 2015 there were obviously some teething troubles”, she explained.

When they sat down for their meal at The Groucho, Piers offered to order a bottle of “fabulous red wine”, Susanna revealed.

She told The Sun: “I told him I don’t drink fabulous red wine and he went: ‘Right I’ll order you your own bottle’.

The TV presenter also went into details about her working relationship with the “Morganator” and said she has to be ready for anything.

She revealed: “I have a tough exterior because I have to be fully battle-ready for every morning with Piers on air, because he can throw anything out.”

DON’T MISS:
Jeremy Clarkson reveals he is taking a ‘break’ from The Grand Tour (TWITTER)
Matt Baker: The One Show host reveals what brings a ‘tear to his eye’ (INSTAGRAM)
Curtis Pritchard girlfriend: Dancer jumps to defend Maura Higgins (PICTURES)

Being a journalist and now full-time presenter, Susanna spoke out about the negative comments she has received online while she’s been in the limelight.

She revealed that although she’s on TV, people can’t expect that people in the public eye won’t be affected.

Susanna said: “Sometimes I just think those people need to be called out on this stuff – it is so unnecessary.

“Just because I’m on TV doesn’t mean that’s not going to affect me in some way”, the TV star continued.

When it comes to presenting morning bulletins on GMB, this requires being up at the break of dawn and Susanna confessed that she still gets scared over missing her morning alarms.

She told The Sun: “Last night I dreamt I overslept. For the best part of 20 years I’ve been getting up at this time of the morning and I still can’t get used to it.”

The GMB host is mother to her three boys, Finn, Sam, and Jack.

The star also expressed her concerns over the recent terror attack on Streatham High Road, that was very close to her doorstep and opened up about her concerns regarding her children.

The presenter revealed that she even had a meeting with Sadiq Khan over her concerns as she said he lives close by.