Look away, Angelina Pivarnick! The cast of Jersey Shore threw some shade at their roommate on the 4th of July while celebrating Mike “The Situation” Sorrentino‘s birthday.

Nicole “Snooki” Polizzi, Deena Nicole Cortese and Jenni “JWoww” Farley gathered behind Sorrentino, 38, after dinner at The Butcher’s Block in New Jersey to give a birthday speech on Saturday, July 4.

‘Jersey Shore’ Cast, Then and Now

In a video shared by Polizzi, 32, the cast poke fun at their roommate before telling him how much they love him and how proud they are of how far he’s come through the years.

At the end of the video, Sorrentino turns to his wife, Lauren Pesce. “I don’t know, honey, should we go outside and flip out?” he asks as the entire room starts to laugh. 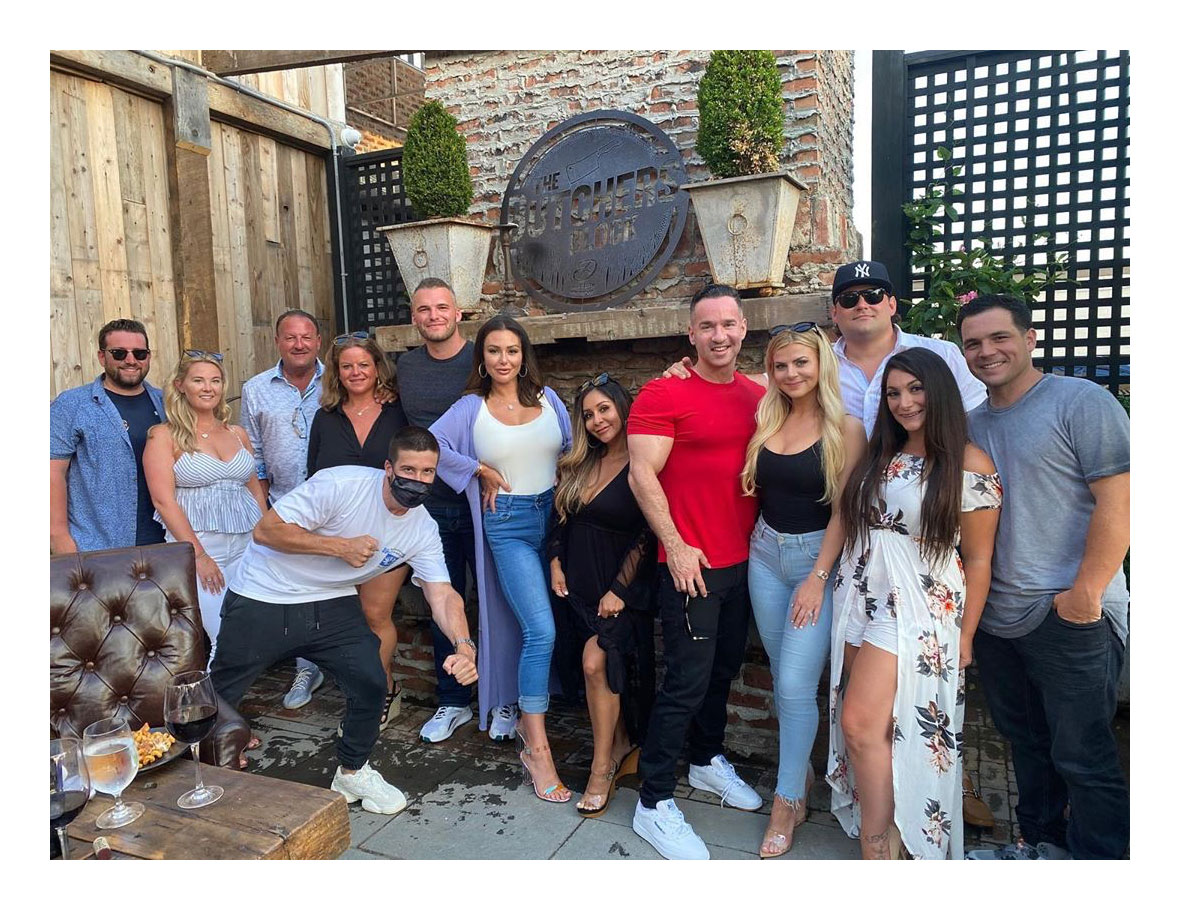 During the season 3 finale of Jersey Shore Family Vacation, Cortese, 33, Farley, 34, and Polizzi gave a speech at Pivarnick’s wedding in which they poked fun at the EMT.

The speech received boos from the room and afterward, the Staten Island native, 34, got extremely upset, leading to a huge fight. “I will never film with her again,” Cortese stated at the time.

The argument left everyone in tears and ultimately led to Polizzi’s decision to quit the show. 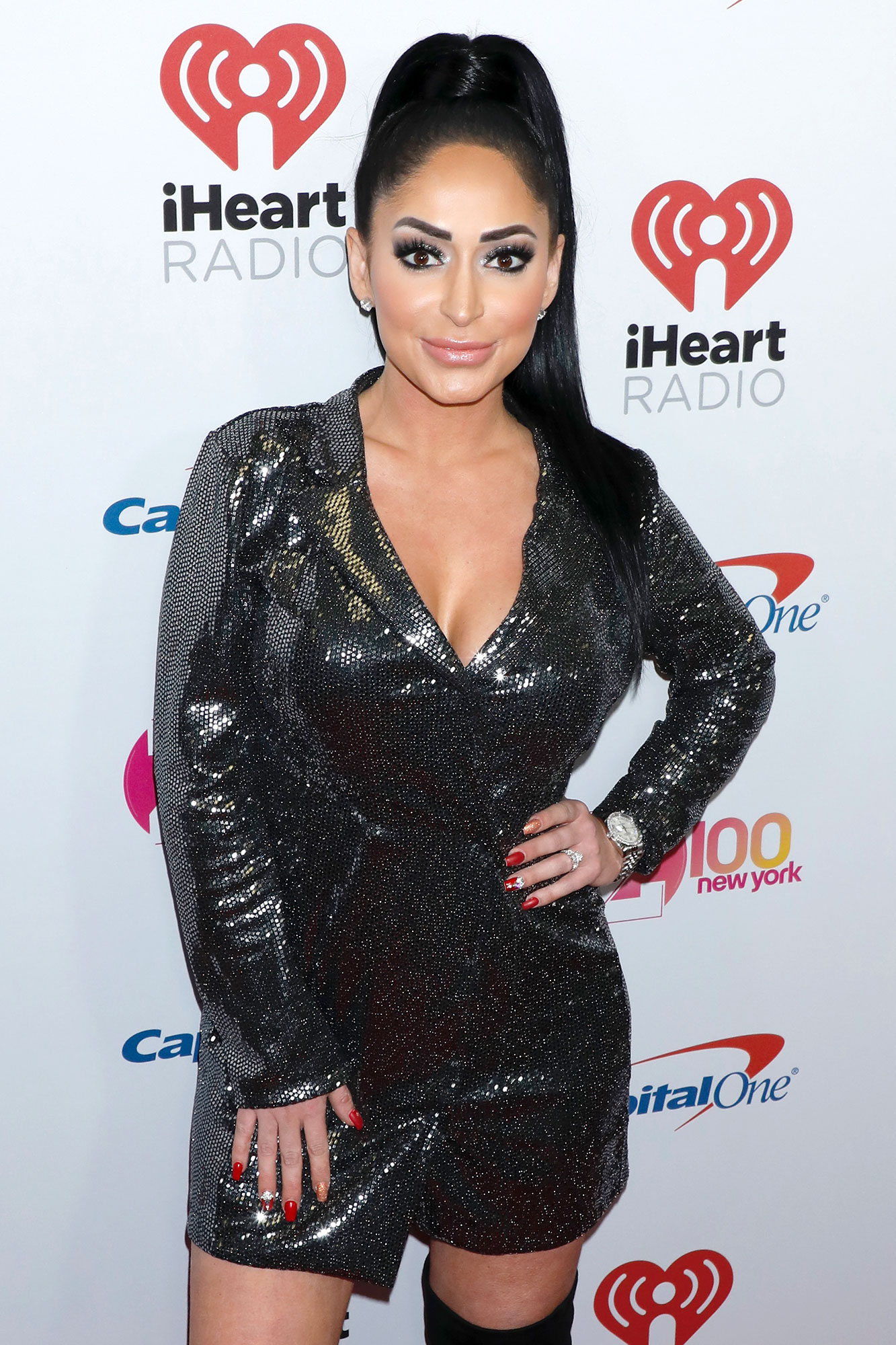 “I’m quitting, I think,” she told Cortese on the episode. “I think this is it. This is not fun. … I just love my roomies, always. Jersey Shore is literally my life. I never would have met my best friends, so the fact that it has to end like this, for me, it really sucks.”

In December 2019, she officially announced that she was not returning to the MTV series.

Angelina’s Drama With the ‘Jersey Shore’ Cast Through the Years

“You know, when I leave my kids and I film the show, like, I want to have a good time,” she explained on her “It’s Happening With Snooki & Joey” podcast. “And I’m putting myself out there, and I just wanna come off as a good person. And lately, on the show, it’s just been very drama. Our show, Jersey Shore, is about family and about making fun of each other and having a good time and laughing and just knowing that it’s all in good fun. And lately, it’s just like, everything is so serious. … I just don’t like the turnout of it, and I don’t like the person I’m portrayed as.”

Jersey Shore Family Vacation has been renewed for a fourth season.

Related posts:
July 6, 2020 Celebrities Comments Off on That Speech! 'Jersey Shore' Cast Shades Angelina at Mike's Birthday Party
Celebrity News:
Alicia Keys Teams Up with E.l.f. Beauty for New Lifestyle Beauty Brand!
Joey King on Jacob Elordi's Claim He Didn't Watch 'Kissing Booth 2'
Jennifer Garner Spotted With Bradley Cooper and His Kid Amid Split Rumors With Boyfriend
Fabolous and T.I. Blasted on Social Media for Revealing Record Labels Insisted They Hide Their Wives and Families
'General Hospital': Wes Ramsey Had a Crush on Laura Wright Long Before They Started Dating
Recent Posts
This website uses cookies to improve your user experience and to provide you with advertisements that are relevant to your interests. By continuing to browse the site you are agreeing to our use of cookies.Ok