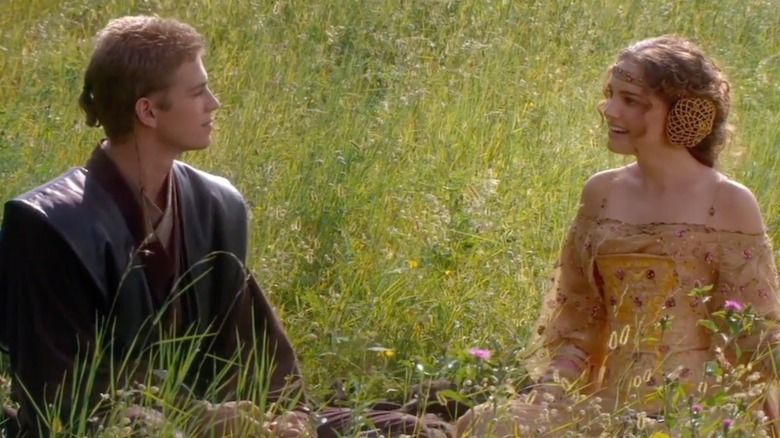 The “Star Wars” prequels are notoriously terrible, even if they’re enjoying a strange kind of resurgence all these years later (via WhatCulture). George Lucas’ dry, ill-advised origin story for Anakin Skywalker (who became Darth Vader) was bogged down with dull political discussion and featured little of the charm of the original movies. “Star Wars: Episode II — Attack of the Clones” is widely considered the worst of the worst (via EW), which is no small feat considering the Jar Jar Binks of it all.

The second installment in the prequel trilogy earned a not-too-shabby 65% on Rotten Tomatoes, but the negative reviews contributing to that score are positively scathing, with Sight and Sound describing the movie as, “A forgettable and discontented tale of entropy and corruption, of a grand, idealistic venture that has lost its way.” Besides, compared to the 91% rating for “The Last Jedi,” the second film of the new trilogy, “Attack of the Clones” clearly didn’t connect as well as intended.

The film is responsible for a great meme, though.

Padme slowly realizing Anakin's intentions spoke to everybody in some way 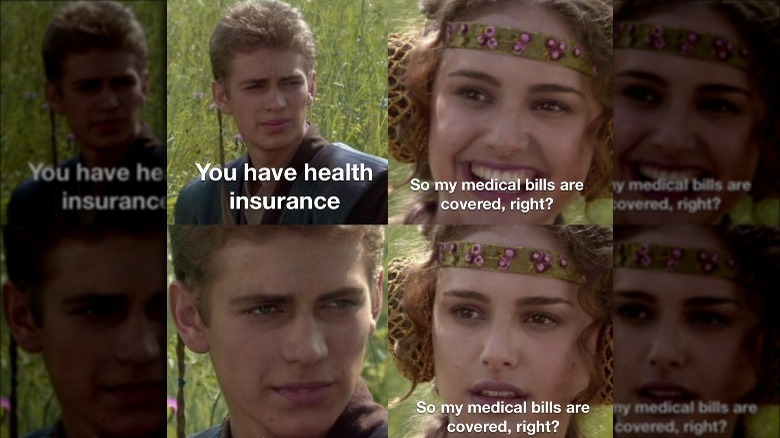 As CBR reported, a meme based on a discussion between Anakin Skywalker (Hayden Christensen) and Padme Amidala (Natalie Portman) in “Attack of the Clones” began doing the rounds in summer 2021. The scene in question sees the couple having a romantic picnic in a picaresque field, but it’s loaded with moments that quietly, and very slowly, alert Padme to Anakin’s darker intentions toward ultimate power (via YouTube).

Clever Twitter users took Padme’s strained disbelief over her partner’s dodgy opinions on dictatorship and swapped them out for commentary on everything from The Smiths to health insurance — to increasingly hilarious effect. The meme gained traction rapidly because the image is so easy to manipulate.

As Know Your Meme explains, the meme is different from other, similar four-panel memes because the punchline and setup are both in the first panel. It originated on Twitter in April 2021 thanks to @starwarsposting, an account that shares hilarious fake “Star Wars” quotes. The meme later caught fire on Reddit (where else?), where it gained thousands of upvotes over a short period of time.

As BuzzFeed details, there are numerous variations, most of which have absolutely nothing to do with the prequels themselves or even the franchise, though one of the simplest examples is about Anakin’s ultimate heel turn to Vader. Evidently, as with the best memes, spotting red flags is something everybody can relate to in some manner.