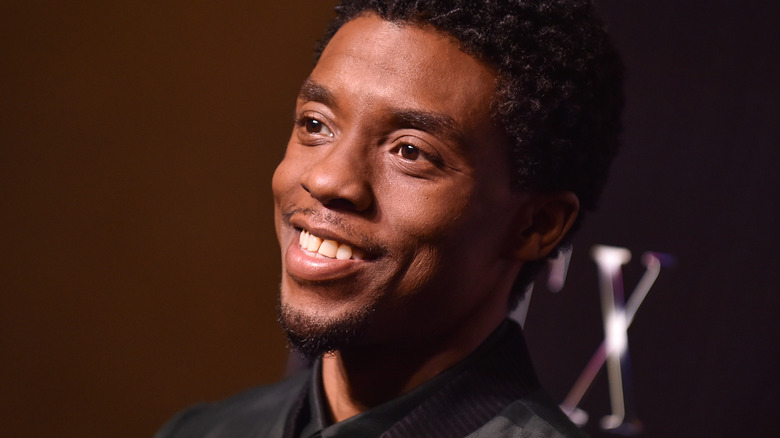 The BET Awards took place Sunday, June 28, and it proved to be an emotional evening for those in attendance and following along at home, per Daily Mail. One of the show’s most tear-jerking moments came when Chadwick Boseman posthumously received the Best Actor award for his work in Netflix’s “Ma Rainey’s Black Bottom.”

The late actor played Levee Green in the biographical drama. Boseman faced stiff competition in the category. The “Black Panther” star was up against Aldis Hodge, Damson Idris, Daniel Kaluuya, Eddie Murphy and Lakeith Stanfield. Despite a star-studded list of competitors, he came out on top when presenter Renée Zellweger announced the winner during the action-packed night (via Entertainment Tonight).

Boseman has already received several awards for his work on the project. That includes recognition at the Golden Globes and the Critics’ Choice Movie Awards (via New York Times and Alt Press). He also received a posthumous Best Actor nomination at this year’s Academy Awards. The film premiered after he died in August of 2020. The actor continued working while secretly battling a 2016 diagnosis with colon cancer.

He was also included in the show’s powerful In Memoriam tribute (via YouTube). Others who appeared in the video segment included the likes of Cicely Tyson, Paul Mooney and rapper DMX. 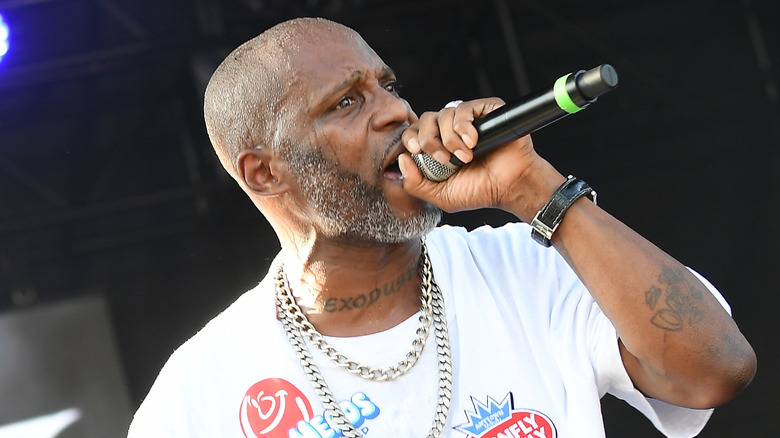 DMX was the last late talent included in the In Memoriam segment. The celebrated rapper, whose real name was Earl Simmons, died at the age of 50 from a heart attack in April of 2021. He also received a special musical tribute from his peers.

Swizz Beatz, The Lox, Method Man, Griselda, Track, Michael K Williams, Lil Buck and Busta Rhymes led the audience through a nearly six-minute long performance (via YouTube). Method Man opened the set with an a cappella segment, which transitioned into a hit-filled medley. The rappers performed some of DMX’s hits including “Where The Hood At?,” “X Gon’ Give It To Ya,” “Party Up (Up In Here),” and more.

Fans in the audience at Microsoft Theater in Los Angeles sang along with the group. However, they stood in respectful silence for the final segment, which featured DMX’s voice over a violin.

Connie Orlando, executive vice president of specials, music programming and music strategy at BET, opened up about the tribute in a statement shared with People. “DMX inspired fans around the world with his signature raspy voice, the delivery of raw emotion through his lyrics and performances, and his giving spirit,” she said. “We are proud to pay our respects to a hip-hop legend on our biggest stage, the BET Awards.”

Related posts:
June 28, 2021 Celebrities Comments Off on The Real Reason Viewers Were Left In Tears Over The BET Awards
Celebrity News:
What Is Offset's Real Name?
How Did Courteney Cox Meet Boyfriend Johnny McDaid? What Is Their Age Difference?
It Was Love at First Sight When Track Athletes Tara Davis and Hunter Woodhall Met at Age 16
Scooter Braun Officially Files For Divorce From Yael Cohen – & Already Has A Prenup In Place!
OMG! Prince William Is Also Writing a Book After Harry's Memoir News
Recent Posts