CHRISTOPHER STEVENS reviews last night’s TV: The young mum-to-be treated like a criminal for having a dying foetus

No words in any drama could be more chilling than the comment by a nurse to a mum-to-be during an ultrasound scan: ‘There are a few wee things I’m not happy about.’

Those ‘few wee things’ were a death sentence for the unborn baby of first-time parents Hannah and Jonathan (Amy James-Kelly and Colin Morgan), in Three Families (BBC1).

This was a true-life story, set in Belfast, about six years ago. The pregnancy was 20 weeks along before the fatal foetal abnormality was spotted, a condition where the baby’s lungs had no room to grow. If she was not stillborn, she would suffocate within hours of birth — a horrific prognosis.

Hannah was desperate to be a mother. But faced with this appalling news, she took the most difficult decision of her life, to have a termination.

What happened next beggars belief. Because Hannah was in Northern Ireland, where abortion was then illegal even in the most extreme cases, the hospital refused to operate. 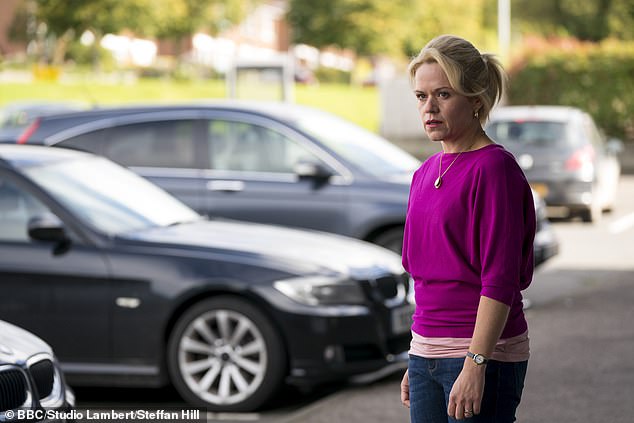 In Three Families (BBC1), Theresa (pictured) ended up in court after buying drugs over the internet to end the pregnancy of her 15-year-old daughter Orla, who had been forced into sex by her violent boyfriend

Treated by doctors and psychologists as though she had committed unspeakable crimes, by considering an abortion and for carrying a disabled foetus in the first place, Hannah was abandoned by the system. The scene in which she gave birth to a dying child, as her husband held her, both of them in deep distress, was unbearable.

And then a nurse popped into the maternity room and snapped a picture with a Polaroid camera ‘for your memory box’.

Their story was interleaved with another case, of a 15-year-old forced into sex by her violent boyfriend, and whose mother had to buy drugs over the internet to end the resultant pregnancy.

This predicament spiralled into nightmare, as the secret leaked out. After Orla (Lola Petticrew) and her mum Theresa (Sinead Keenan) talked to their GP, he called child protection services — and Orla’s school called the police.

Shockingly, Theresa ended up in court, where the magistrate’s voice dripped with contempt as he read out the charge that, in contravention of a 150-year-old law, she was accused of ‘supplying poison to secure a miscarriage’.

Her story continues tonight, with a third case history to come. So much tragedy crammed into two hours makes for difficult viewing, compounded by writer Gwyneth Hughes’s determination to highlight a wide range of injustices — the reaction of family, friends and neighbours, as well as the intransigence of the authorities. 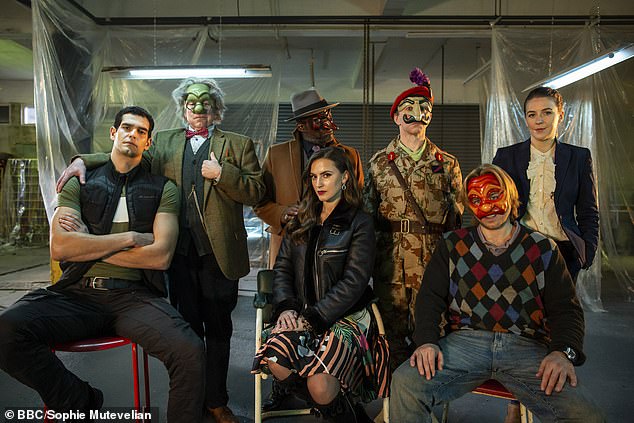 The style of Inside No 9 (BBC2) lurched violently from Shakespeare to Benny Hill, then gangster movie and medieval panto, as Reece Shearsmith and Steve Pemberton returned with their series of witty playlets

Royal secrets of the night:

George V’s wife, Queen Mary, was famous for ‘upmarket kleptomania’, according to her relative Olga Romanoff, on The Queen And Her Cousins (ITV). ‘She’d say, “Oh, I do like your fur coat” — you’d have to give it to her.’ How could one refuse?

The style sways from emotional family confrontations to fact-filled reconstructions. But it never loses sight of the fact that, before Northern Ireland’s restrictive abortion laws were lifted in 2019, for anyone involved, abortion was a last and traumatic resort.

The style of Inside No 9 (BBC2) lurched violently from Shakespeare to Benny Hill, then gangster movie and medieval panto, as Reece Shearsmith and Steve Pemberton returned with their series of witty playlets. There’s no getting away from the verdict that this episode, Wuthering Heist, was a confusing mess.

A gang of diamond thieves converged on a warehouse to plan a robbery in Hatton Garden, wearing costumes from the 16th century Italian Commedia dell’arte.

The raid proved a disaster. One of the crew (Gemma Whelan) was an undercover cop. In a send-up of Reservoir Dogs, with flashes of King Lear and Line Of Duty, a bloodbath ensued.

The whole tale was so arch it was bent double. But no one has said ‘bomb’ in such a silly accent since the Pink Panther movies. I defy you not to snigger.