Prince Harry and Duchess Meghan are rounding out the last of their senior royal engagements, and seem to be having a great time doing so. The two were all smiles on their way to the Endeavour Fund Awards in London on Thursday, March 5, and didn’t let a little rain stop them from being in good spirits. It’s what happened inside the event that made Meghan and Harry feel all the feels, though. These photos of Meghan and Harry reacting to a surprise engagement are so pure.

Of course it was a night to remember as Harry, Meghan, and dozens of others gathered to celebrate the achievements of injured veterans in sports and adventure challenges. Thursday also marked Meghan’s first public outing since she and Harry announced their decision to step back as senior royals on Jan. 8, and she seemed to radiate confidence.

Meghan and Harry both took the stage at different times during the night to present awards, and were just as surprised as everyone else in attendance when veteran Danny Holland proposed to his now-fiancée.

After accepting the Recognizing Achievement Award, Holland called to his girlfriend to join him on the stage as he got on one knee to pop the question. Meghan and Harry proved they’re both fans of true love with their priceless reactions. Check out the gorgeous photos from the surprise proposal below.

Meghan basically melts in this video below watching the proposal.

Tonight in London, for their third consecutive year, The Duke and Duchess of Sussex attended the annual Endeavour Fund Awards, which celebrates the achievements of those veterans injured in service who have taken part in remarkable sporting and adventure challenges over the last year. By choosing to take on what seems impossible, these men and women not only set goals for themselves but have also inspired millions of people around the world. These annual awards bring together The Duke and The Duchess alongside wounded, injured and sick Service personnel and veterans as well as their families, friends and supporters of the military community. The Duke, who founded the @EndeavourFund, spoke on the night: • “The Endeavour Fund came from seeing the gaping hole that can be left after taking off that uniform. The power that sport and adventurous challenge plays in recovery, yes; but most of all – the chance to be part of a team again while attempting to achieve unthinkable challenges – as if being shot or blown up wasn’t enough, you guys continue to impress, inspire and challenge what it means to have a life changing injury.” • Since its launch in 2012, the Endeavour Fund has supported 108 projects that have directly assisted over 6,000 of those injured in service. Congratulations to all those who participated in endeavours over the last year and inspired others to push the boundaries of what’s possible! #EndeavorFundAwards

Not to mention the adorable moments Harry and Meghan shared as they watched the couple’s milestone moment take place. 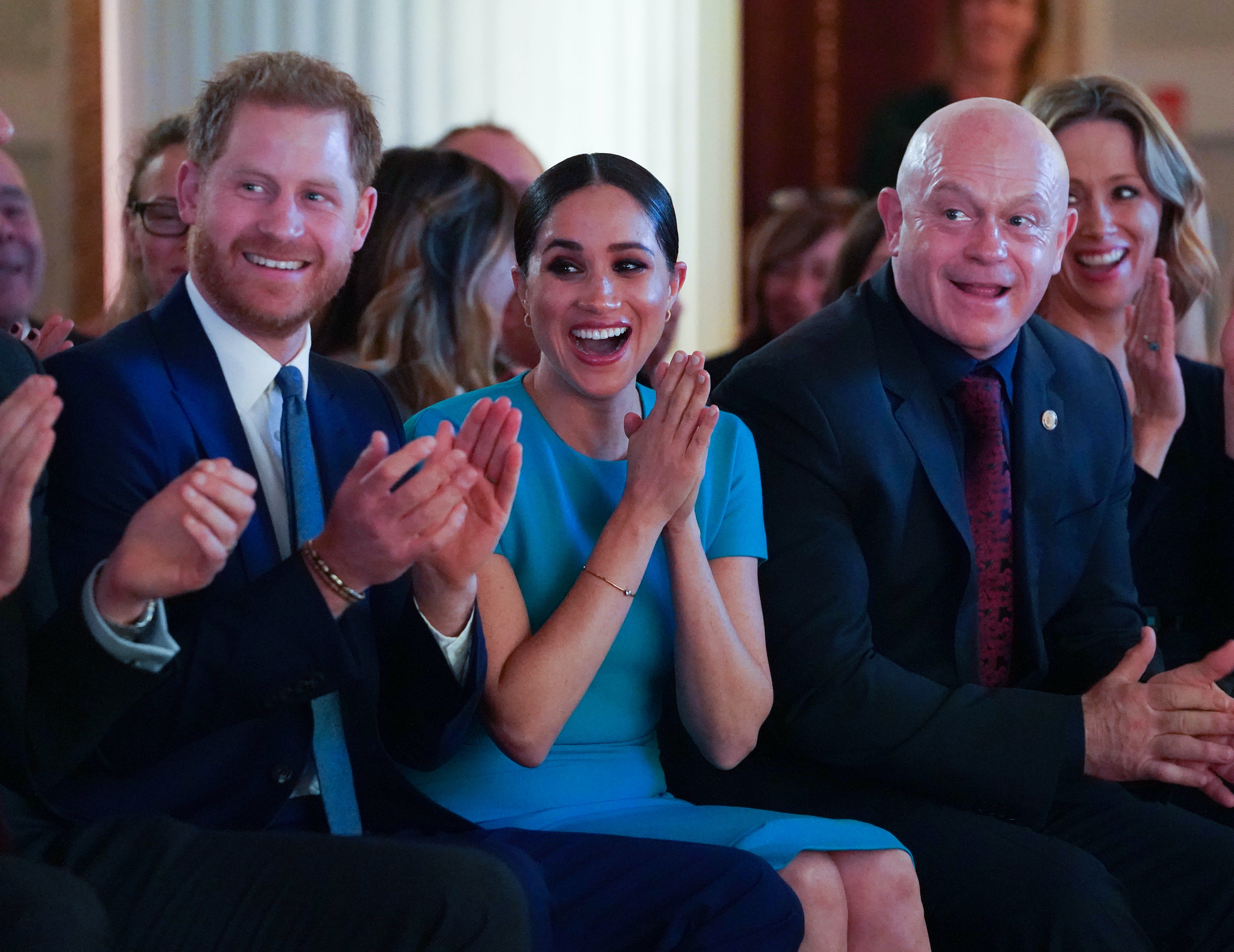 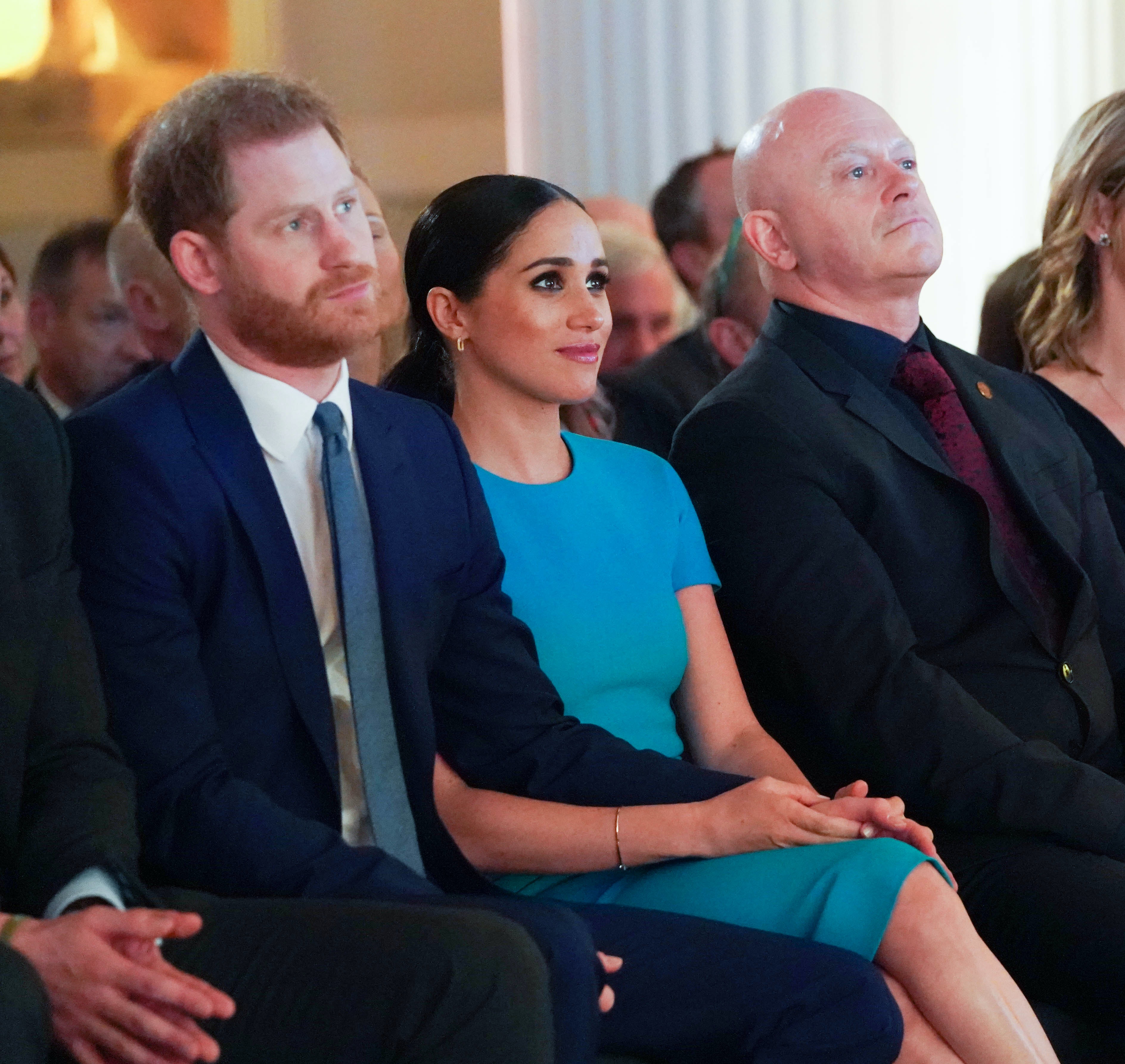 Meghan also got a reaction from event attendees when she gave a nod to her and Harry’s current living arrangements, saying:

While the fate of Meghan and Harry’s public outings remains foggy as they prepare to navigate the new, more private, chapter of their lives, I’m thankful they gave royal fans these amazing pictures to swoon over.

Related posts:
March 6, 2020 Celebrities Comments Off on These Photos Of Meghan & Harry Reacting To A Surprise Engagement Are Everything
Celebrity News:
Birds of a Feathers Lesley Joseph on Pauline Quirke not being on TV
Elon Musk got booed on stage at Dave Chappelles show in San Francisco
Gayle King Defends Prince Harry & Meghan Markle’s Netflix Docuseries!
Taylor Swift vs Olivia Rodrigo! | Perez Hilton
Scott Disick 'Regrets' How He 'Handled' Ill-Fated Relationship With Kourtney Kardashian As He Tries To Move Forward
Recent Posts