As the world continues to practice social distancing to slow the spread of coronavirus, it sounds like a highly-anticipated addition to HBO Max is getting pushed back. While Rachel, Monica, Chandler, Ross, Phoebe, and Joey were scheduled to head back to Central Perk with the launch of the streaming feature in May, this update on the Friends reunion special confirms that filming has been postponed due to the pandemic. Here’s what we know so far.

It’s several months since it was announced that the long-running NBC comedy would have a new home on WarnerMedia’s new streaming service — and, most excitingly, fans could expect to see some new content from OG stars Jennifer Aniston, Courteney Cox, Lisa Kudrow, Matt LeBlanc, Matthew Perry, and David Schwimmer in the form of a reunion special. Although the orange couch gang wouldn’t be filming where they left off, fans were still pumped to see the stars reunite during the unscripted special and reminisce on their time during the decade-long show while on the original set.

While filming for the reunion special was slated for March 23 and March 24, The Hollywood Reporter confirmed that these plans have been put on hold due to the coronavirus and the Centers for Disease Control and Prevention’s current recommendations against more than 50 people gathering in one place (according to the publication, there’s generally hundreds of people on set while filming an episode). 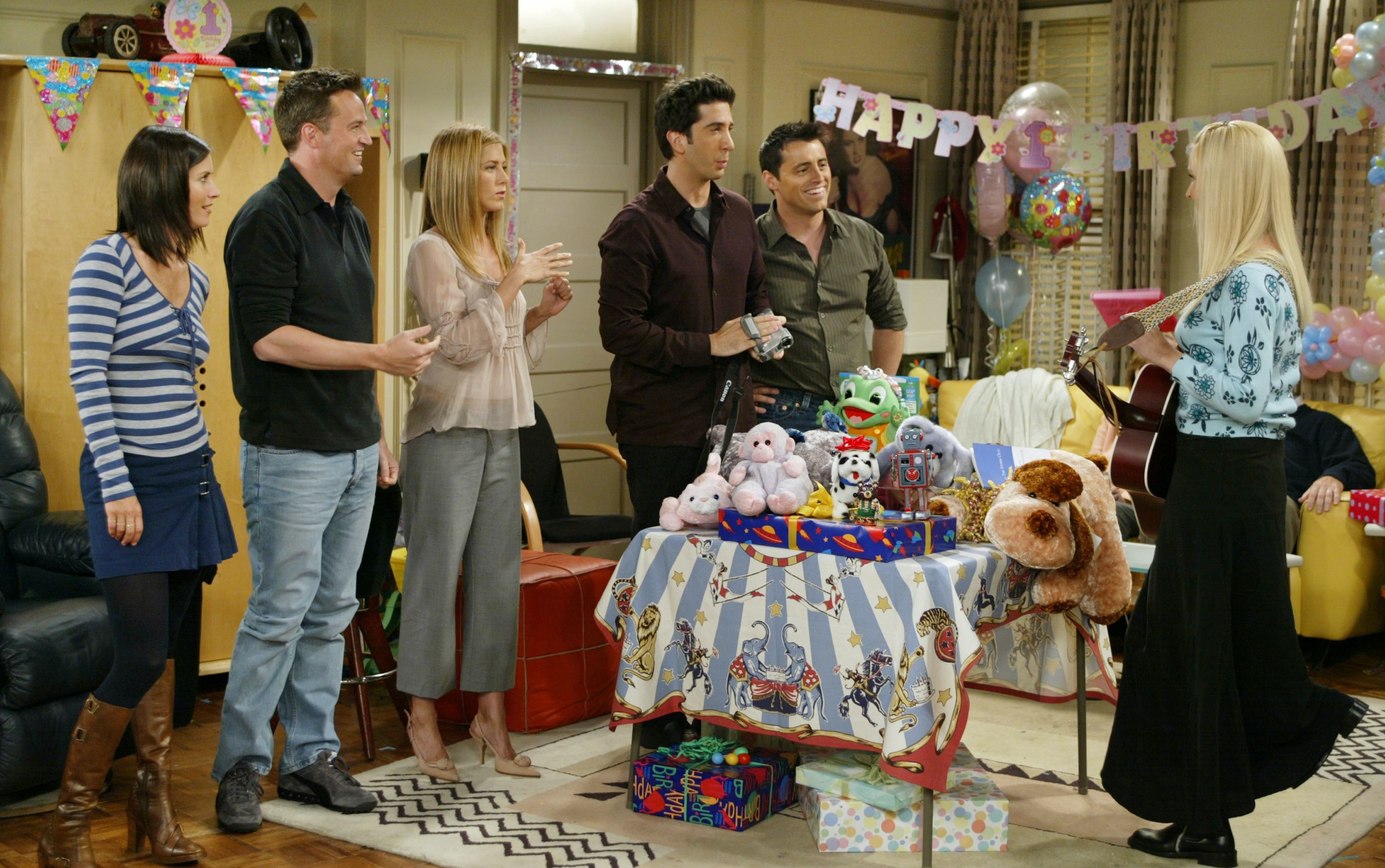 At this time, HBO hasn’t come up with a date to reschedule filming, but it won’t be until May at the earliest, according to the publication. While it remains in the air whether the reunion special will be available come May with the launch of the Friends library on the streaming service, the publication says that HBO Max is still set to roll out as scheduled.

So, fans will have to wait a little longer to see the original core six reunite on the iconic set, but it sounds like it’ll be well worth the wait — and the cast is just as excited about it as we all are.

"We’re going to have the best time," Cox said in a February YouTube segment. "It’s going to be great. We really haven’t all done that and actually sat there and talked about and reminisced about this incredible experience that we had … It’s going be fantastic."

Unfortunately, it’s going to take a little longer to see if the cast chooses to answer some of the show’s biggest questions once and for all or bring some of the series’ most iconic guest stars on set, but in the meantime, fans can tune in to HBO Max in May to rewatch their favorite episodes.

If you think you’re showing symptoms of coronavirus, which include fever, shortness of breath, and cough, call your doctor before going to get tested. If you’re anxious about the virus’ spread in your community, visit the CDC for up-to-date information and resources, or seek out mental health support. You can find all Elite Daily’s coverage of coronavirus here.

Related posts:
March 22, 2020 Celebrities Comments Off on This Update On The ‘Friends’ Reunion Special Will Bum Fans Out
Celebrity News:
Alexis Sharkey WAS Murdered – Cause Of Influencer's Mysterious Death Finally Revealed
Emmerdale’s Katherine Dow Blyton fears axe over Harriet Finch and Malone murder storyline
Josh Duhamel in Talks to Replace Armie Hammer in ‘Shotgun Wedding’ Opposite Jennifer Lopez
Love Island’s Callum Jones details living with girlfriend Molly Smith and their new family addition – EXCLUSIVE
Dolly Parton Turns 75: Reese Witherspoon and More Celebs Pay Tribute
Recent Posts
This website uses cookies to improve your user experience and to provide you with advertisements that are relevant to your interests. By continuing to browse the site you are agreeing to our use of cookies.Ok