Confessions are here! Jersey Shore’s Vinny Guadagnino and Mike “The Situation” Sorrentino revealed the last movie they cried at and more in the latest installment of Us Weekly’s Candlelight Confessions series.

“Marley and Me, because it had to do with a dog,” Guadagnino, 32, told Us exclusively during the Tuesday, March 3, episode of Candlelight Confessions. 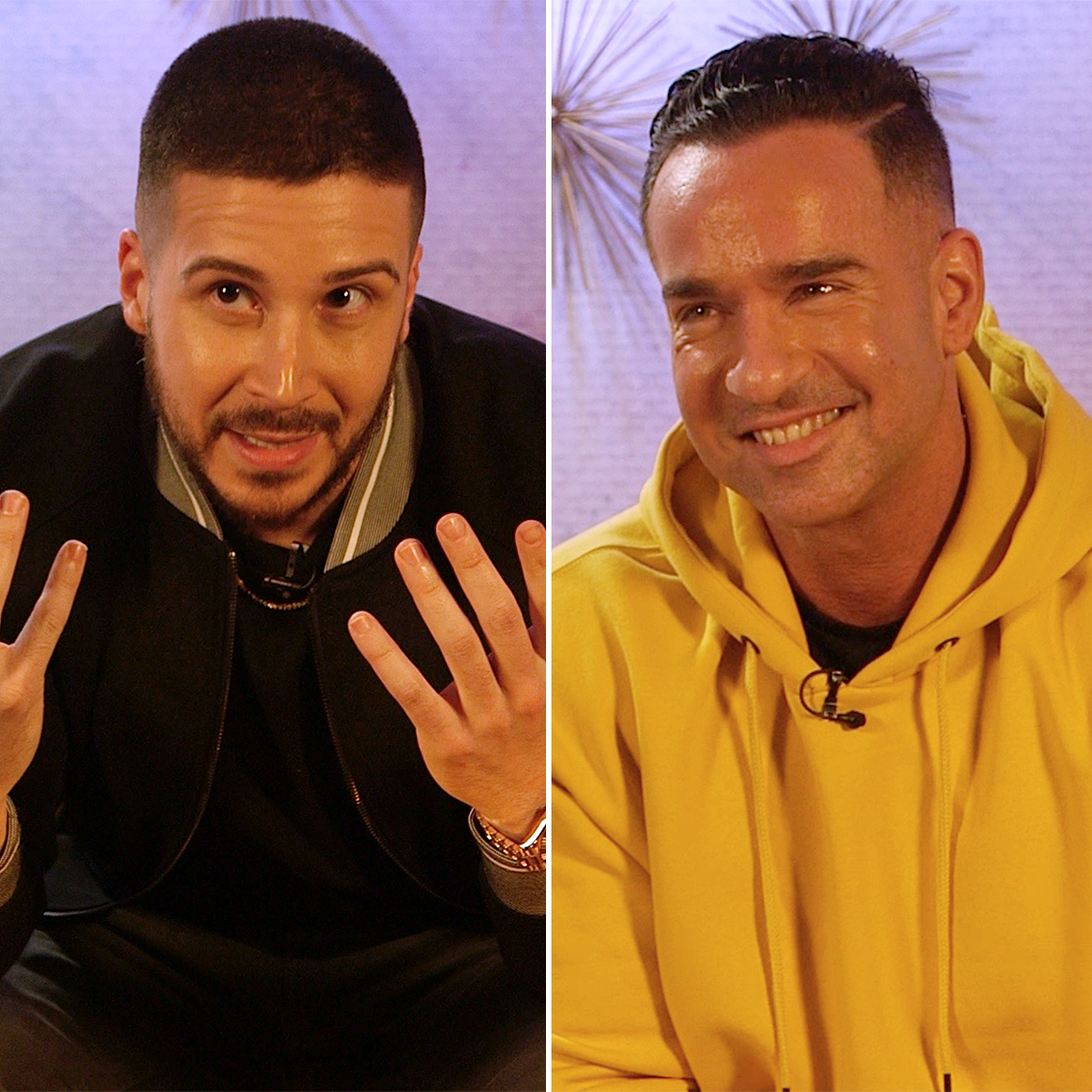 His reality TV costar, however, admitted that his choice was a little bit less obvious. “The Avengers: Endgame, when Tony Stark died,” Sorrentino, 37, told Us. “I’m a big superhero fan. I was just shooken when that happened.”

The MTV stars also shared which show is their current guilty pleasure, with Sorrentino picking Netflix’s The Circle and Guadagnino quickly naming The Bachelor as his go-to show in the “guilty” obsession category. So, what does he think of Peter Weber? The New York native is a fan.

“I actually like Peter. I respect that he’s a pilot, because that’s not an easy job to have,” he explained, noting he thinks Weber, 28, is “genuine” unlike some of the past leading men from the franchisee. “I think he’s there for the right reasons.”

While Sorrentino revealed he doesn’t “have any regrets” when it comes to what’s been released about him on the internet over the years, Guadagnino has one thing he would take back. Hint: It has to do with circumcision.

Watch the video above to see what other confessions the two friends spilled to Us about which celebrity they’d switch bodies with and why. Plus, see who the guys would use their celebrity hall pass on!

Check out a new episode of Candlelight Confessions every Tuesday at 3 p.m. ET for more celebrity secrets and revelations!