BTS members’ tattoos are always a hot topic. And by "members," I mean Jungkook and Jimin, who are the only members who appear to have gotten inked. As soon as ARMYs figure out one tattoo and decipher its meaning, it feels like another tattoo pops up. When it comes to Jungkook, for example, ARMYs are still trying to figure out just how many tats he has and what they all mean, especially after fans got a glimpse of an interesting-looking 3-line tattoo on his right forearm. If you’re wondering what BTS’ Jungkook’s 3-line tattoo means, here’s a compelling theory.

On Feb. 27, BTS unveiled the second music video for their single "ON." It was a spectacular cinematic ride that shook ARMYs to their collective core. BTS videos are usually packed with bold, bright colors, but "ON" was muted because of its alternate-midevil-universe concept. If you haven’t seen it yet, you should. It’s an emotional ride watching RM, Jin, Suga, J-Hope, Jimin, V, and Jungkook deal with the aftermath of war in the "ON" video. It was also pretty shocking to discover even more ink on Jungkook.

ARMYs got a clear shot of Jungkook’s arm tattoos in a scene where he rolled up his sleeves to take a conch shell out of a lake. It’s at the 4:05 mark. One tattoo in particular caught ARYMs’ eyes: three thick, black lines stacked on top of each other. It is a simple, but striking design.

Of course, ARMYs got to work and tried to figure out what the 3-lines design could represent. Some fans think it is tied to the Korean flag.

"The three lines look like a part of the Korean flag…" wrote on fan.

"The three lines that make up the box are believed to be symbols of the Korean flag," quipped another.

They could be right. Here is the South Korean Flag. Keep in mind, it is reversed, just like the American flag behind it. 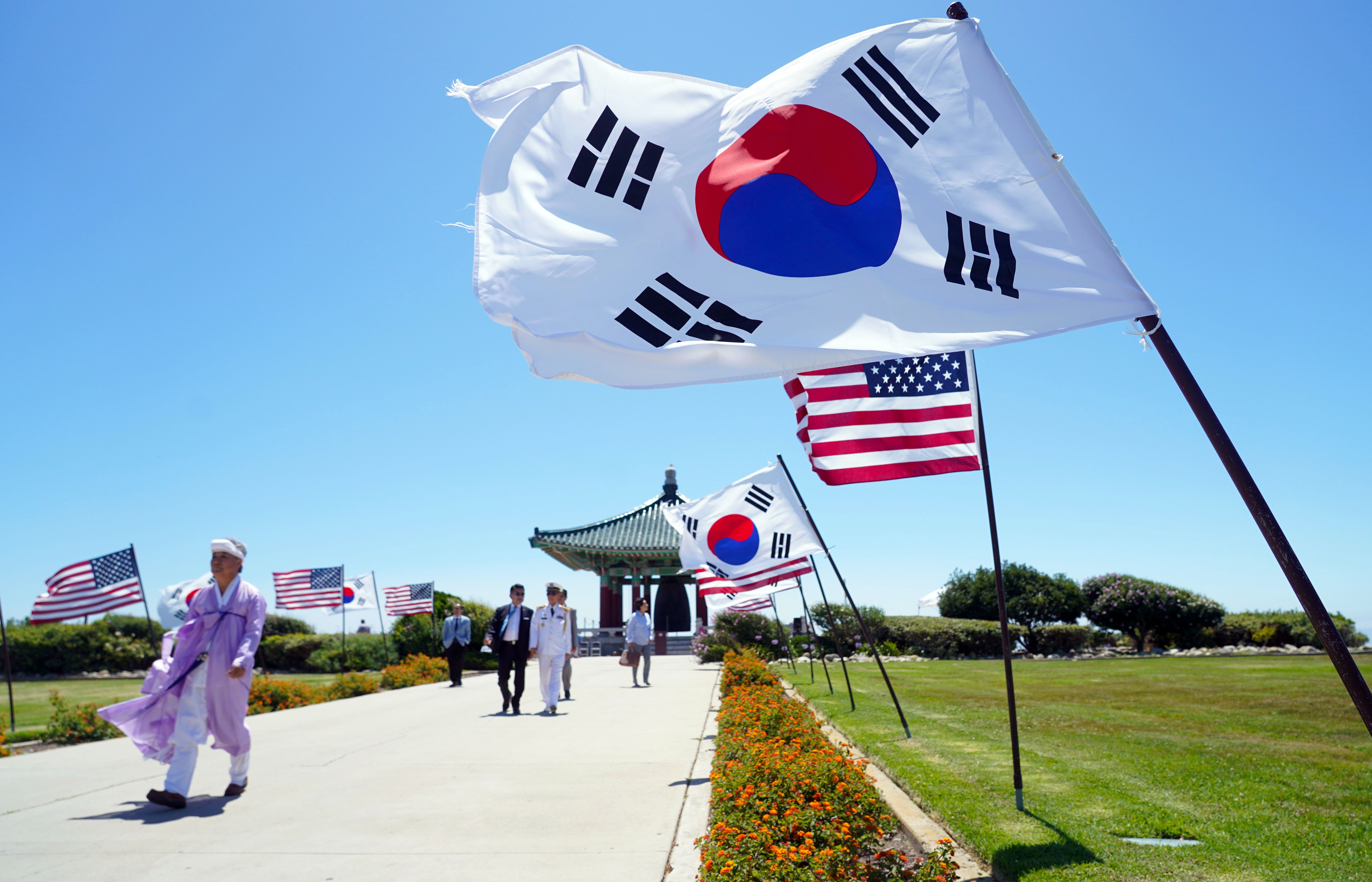 The symbol in the upper right-hand corner of the South Korean flag does, indeed, look a lot like Jungkook’s ink.

According to the Korea Tourism Organization, the black bars on the flag are called trigrams. They represent continual movement, balance, and harmony. That’s not all. Each trigram has its own meaning, too. As Asia Society’s website explains, the "unbroken trigam," which looks identical to Jungkook’s 3-lines tattoo, is said to be "Heaven." It is the manifestation of the pure yang principle.

If this is really the meaning behind Jungkook’s tattoo, it is so deep and moving. ARMYs are totally here for it.