When Westworld Season 2 ended, Delos was starting the process of reassessing its situation post-bloodbath. As the humans on the island lined up the bodies of the recovered hosts and the wounded VIPs, one person slipped out unnoticed: Dolores, the host who started it all, carried along inside a replica host body of the park’s executive director, Charlotte Hale. Season 3 begins in the real world Dolores now lives in, and the new characters she meets, like Caleb Nichols. But who is Caleb, and how is he about to get mixed up in Dolores’ revolution? Warning: Spoilers for the Westworld III season premiere follow.

Fans meet Caleb lying in bed, much like both Dolores and Maeve always did at the beginning of their loops. He too seems to be on a modest loop of his own, though one that’s not quite so wild, wild west.

Though it’s the 2050s, Caleb’s life isn’t much different from yours or mine. A former army vet with PTSD, Caleb gets up every day, showers, and goes to work at his gig economy construction job with his robot coworker, George. (George was manufactured by Delos.) He gets calls through his phone and his watch from Francis, his former BFF from the army, most of which he ignores. Caleb wants to move up in the world, sending resumes in hopes of landing a respectable desk job and salary position. But so far, he’s not managed.

Until he finds himself a better paying job, he needs to make ends meet, to cover the costs of his elderly mother’s in-patient care facility. To do that, he goes on the dark web, where he gets hired to perform petty thievery for gangs. They pay him electronically for blowing out ATMs with Ash (Lena Waithe) or dealing with drugged-out rich kids at clubs who he discreetly removes with Giggles (Marshawn Lynch). 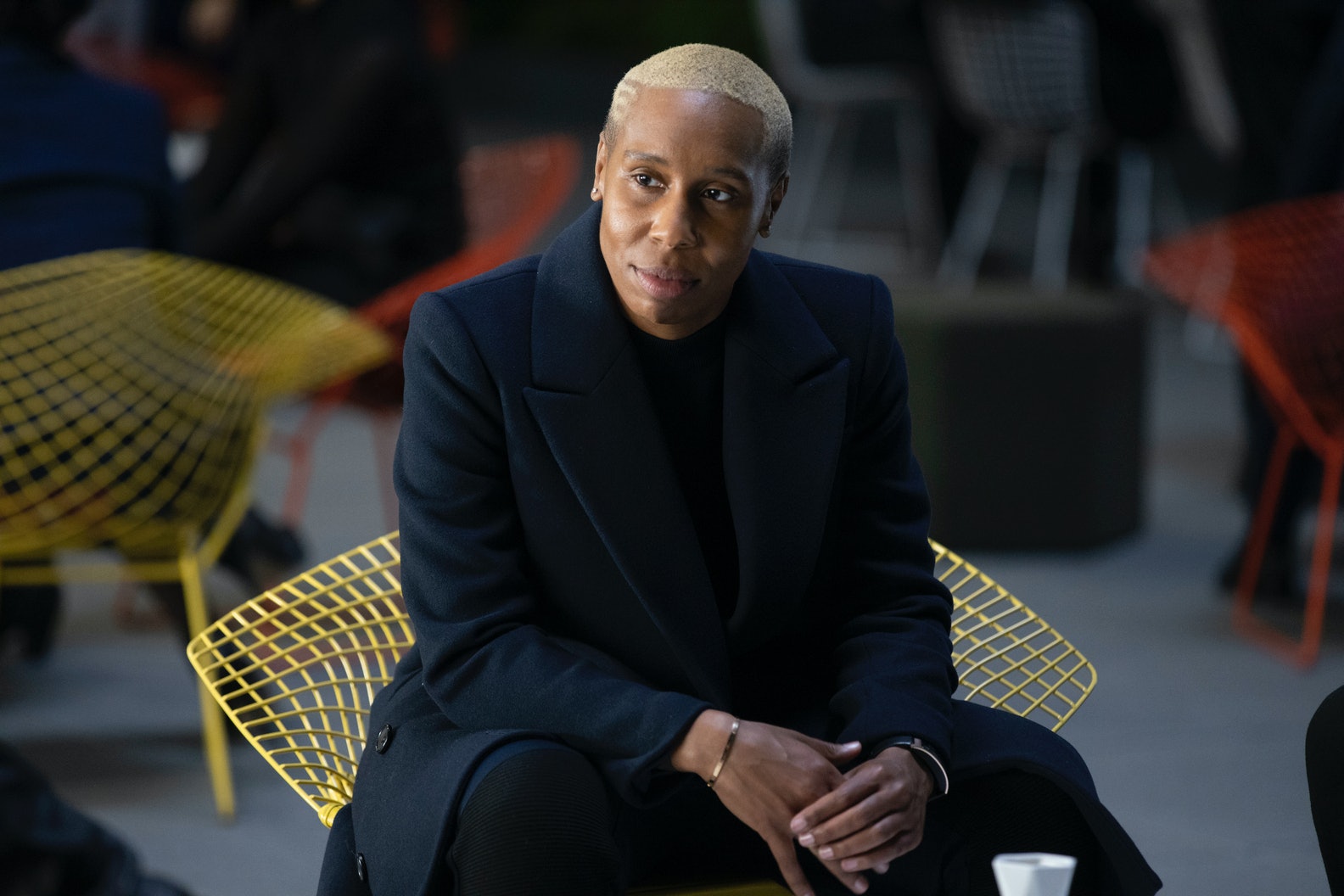 Caleb’s unflappable. He’s good at these things. His time in the army made him that way after he was shot in the head and survived.

One night, he’s given a bag and a fancy car to deliver down by the water. He’s not the only one hired; when he arrives, he sees several men are handing over bags and vehicles to various contacts spread out in a circle. Caleb looks up to see a helicopter descending. In it, there’s a man with silver hair, a security guard, and Dolores, who looks passed out.

Knowing what’s good, Caleb walks away, taking a call from Francis, who fans discover is dead. Unlike Caleb, he did not survive a bullet to the head. The calls are a VA therapy program, where Caleb is supposed to talk out his feelings. But this is not helping him move on, and Caleb says goodbye to his old friend.

But that’s when he says hello to Dolores. Something went wrong with the silver-haired man’s plans. He’s dead, and Dolores took a few bullets to see it done. As Caleb tries to help her, she collapses, bleeding out all over him.

It looks like this time it’s Dolores turn to knock people off their modest little loops.