There is no denying that the Kardashian sisters are an extremely tight-knit bunch. They travel together, attend parties together, and they even launched their own businesses together. Although they have been known to have their fair share of sibling feuds in the past, when it comes to the Kardashian-Jenner siblings, they all seem to be more like friends than sisters.

While all the sisters do seem to really like being around each other, some fans have noticed that some of the Kardashian-Jenner sisters have a really tight bond, and others seem a bit distant. Many fans have noticed that Kim and Kendall seem to have a more distant relationship than anyone else in the family. So, why don’t Kendall and Kim seem to get along? Here’s what fans had to say. 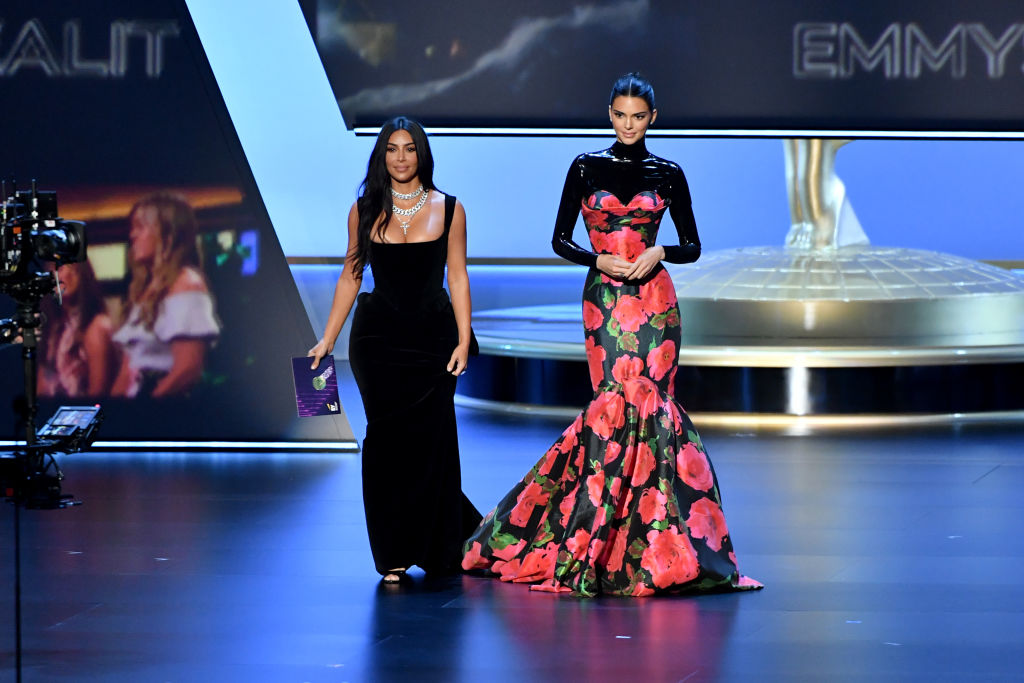 Do Kim Kardashian and Kendall Jenner have a close relationship?

One thing that fans have noticed about Kendall and Kim is that these two sisters don’t seem to be nearly as close to each other as they are with the rest of their siblings. In fact, over the years, many of the sisters have collaborated on several occasions, and sometimes, have created businesses together. Kim and Kendall, however, haven’t ever really collaborated on anything. Some might believe the reason for their distance is because Kendall has accused Kim of being jealous of her modeling career because Kim is too short to be a runway model.

In 2006, Kim teamed up with Khloé and Kourtney to create their first clothing boutique. Obviously, Kendall didn’t join her sisters on their business venture back then because she was just a kid. But a few years later, when she decided to start her own clothing line, she decided to start her company with Kylie, instead of asking her older sister who had years of experience with selling high-fashion items. Many fans believe that the reason she didn’t ask Kim to help her launch her line was that she just isn’t that close to SKIMS creator.

Kendall Jenner is the shy one in the family

RELATED: Fans Say Kendall and Kylie Jenner Are Too Different to Be BFFs

Kendall has always been pretty open and honest about the anxiety issues that she deals with. She has worked hard throughout the years to find different ways to deal with her anxiety, but it is still something that she works to manage. However, will all anxiety, many different things can cause it to spike.

One example of this would be when her older sister Kim was robbed while in her Paris hotel. Kendall was in Paris with Kim at the time of the robbery and she later said that the incident made her feel very anxious whenever she left her house. Her anxiety got so bad that she didn’t really want to leave the house at all for a while.

One fan on Reddit said that they think Kendall’s anxiety keeps her from having a close relationship with Kim. “With Kendall being both younger and the more shy one in the family, I feel like she isn’t as close to Kim as some of the other sisters. While they often relate over fashion weeks and designers, I get the sense that Kim gets frustrated when Kendall’s anxiety shuts her down and renders her nonfunctioning.”

Another commented agreed by saying: “I also get the vibe that Kim doesn’t understand Kendall’s anxiety but doesn’t want to unintentionally hurt her sister so she just doesn’t really engage much.”

Kendall Jenner is an independent woman

Fans also theorize that the reason that Kim and Kendall do not seem that close is because Kendall is very independent and likes to march to the beat of her own drum. Unlike the other Kardashian sisters, Kendall doesn’t want to follow Kim’s lead, but instead, she wants to make her own path.

“I think the other sisters are [sic] of a follower and often don’t have too many strong opinions,” On KUWTK fan said. “But Kendall is more independent and does things her own way. It’s almost like Kim is a bit scared of her because she would usually call her family out with valid points and Kim isn’t good at sister arguments that are not yelling, crying, bullying, and manipulating.”

Related posts:
June 18, 2020 Celebrities Comments Off on Why Don't Kim Kardashian and Kendall Jenner Get Along? 'KUWTK' Fans Have Theories
Celebrity News:
LeAnn Rimes Poses Nude and Embraces Her Psoriasis
Leomie Anderson Defends Controversial ‘First Black Victoria’s Secret Angel’ Claims
Who Is Karlie Kloss’s Husband Joshua Kushner? The Entrepreneur Is More Than His Brother’s Politics
Anton Du Beke: Strictly pro plants cheeky kiss on Jacqui Smith amid ‘telling off’
The truth about Jennifer Grey and Johnny Depp’s romance
Recent Posts
This website uses cookies to improve your user experience and to provide you with advertisements that are relevant to your interests. By continuing to browse the site you are agreeing to our use of cookies.Ok