It isn’t surprising to hear that a member of the colorful cast of subjects featured in the 2020 hit Netflix docuseries “Tiger King” seemingly can’t keep out of reach from the long arm of the law. The somewhat beleaguered figure in question is none other than Jeff Lowe, who emerged as a somewhat antagonistic force to the “Tiger King” himself, Joe Exotic. (Exotic himself was sentenced to 22 years in prison in January 2020 for the attempted murder-for-hire for another nemesis, Big Cat Rescue’s Carole Baskin.) But while Lowe seemingly made out pretty good at the end of the series, due to his successful coup of Exotic’s big cat park, it seems that since the premiere of “Tiger King,” it’s all gone downhill for the exotic animal entrepreneur.

As TMZ first reported on June 9, police authorities in Las Vegas announced that Lowe is wanted by local law enforcement, and that he has four bench warrants to his name. So why are police looking for Lowe — and is there a connection to other recent issues he’s had with law enforcement? Scroll on down below to get all the details. 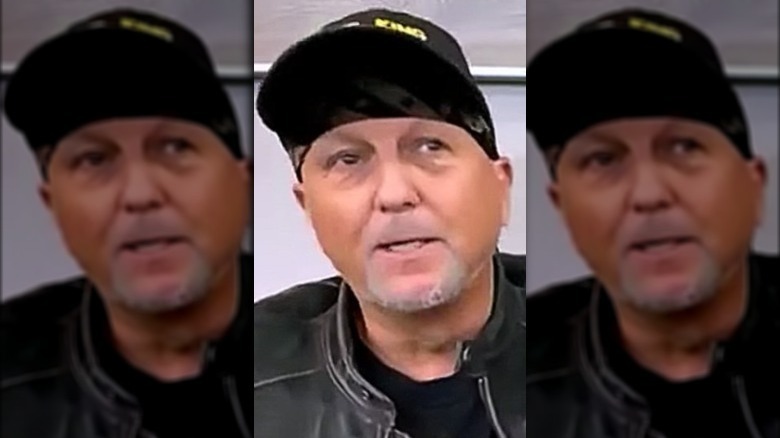 According to TMZ, authorities in Las Vegas announced in June that Jeff Lowe, who was arrested along with his wife, Lauren, and smacked with a DUI in Oklahoma only days earlier, is wanted by the Las Vegas Municipal Court over the matter of four outstanding bench warrants.

Per the gossip site, the warrants stem from incidents that occurred years prior. In 2017, he was charged with three counts of “not having a proper license or permit for wild animals,” and one count of “doing business without a license.” (As “Tiger King” covered in episodes featuring Lowe, he frequently conducted business in Nevada, and spoke more than fondly of the metropolis nicknamed “Sin City.”) The bench warrants as a whole were for failure on Lowe’s part to appear in court. TMZ also noted that a Las Vegas clerk informed the public (and the tabloid) that in order to clear up the matter, Lowe can post a total of $20,500 and schedule a new in-person court date.

Unfortunately for Lowe, both the bench warrants and his June DUI arrest are hardly the last of his legal woes. In May, People reported that 68 exotic big cats had been seized by federal officials from Lowe’s Tiger King Park, over violations of the Endangered Species Act. The seizure came after multiple warnings from the department, per the outlet, which posited that Lowe routinely neglected to properly feed and shelter the cats.

Related posts:
June 10, 2021 Celebrities Comments Off on Why This Tiger King Star Is Wanted By Law Enforcement
Celebrity News:
Zach and Tori Roloff: When Might They Leave Little People, Big World?
Princess Charlene will not return to Monaco for her tenth wedding anniversary
'Heroes': The Original Pilot Was 'Too Controversial' to Air
Kim Kardashians Daughter Chicago Gets Caught Trying To Sneak Off With Mommys Designer Bags
Britney Spears wants freedom: What is conservatorship? Why would someone need a conservator?
Recent Posts