A teen from Woodbridge, Connecticut, has made his mom social media-famous and after he asked her to dance to drumline music for TikTok. At the end of the video, 16-year-old Josiah Davila can be seen shocked by the performance.

Since posting the TikTok on Tuesday, Josiah’s video of his mother, Lia Davila, has been liked more than 113,000 times on the app and she is now being celebrated across other platforms like Twitter.

Lia told BuzzFeed News she was on Bubblin Brown Sugar, a well-known drumline dance team for the HBCU Morris Brown College, in 1989 while she was a student. And she hadn’t danced like that “in a long time.”

“I’II teach and I do a little something sometimes,” she said. “[But] I haven’t performed like that in many years. I surprised myself.” 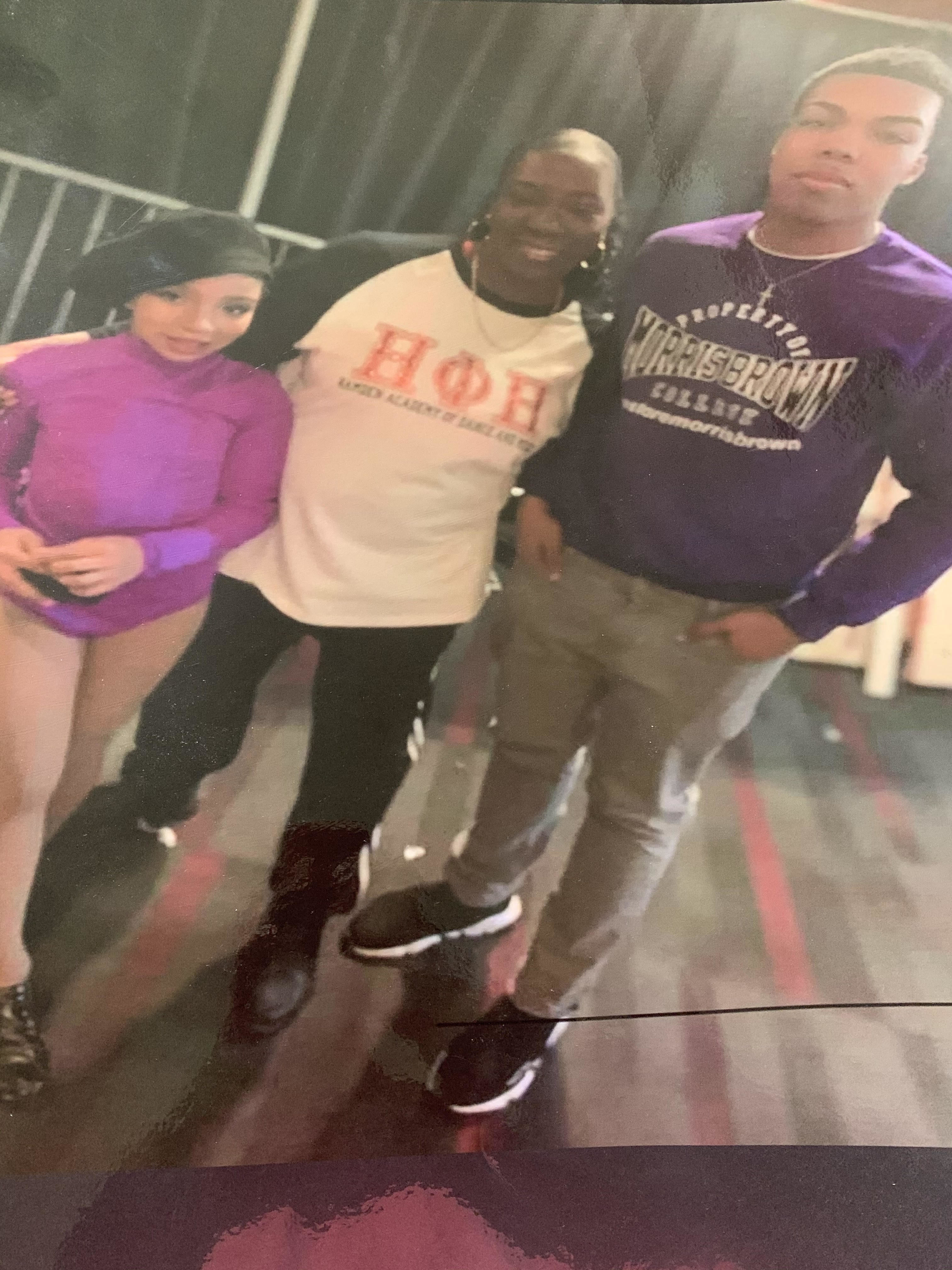 Josiah, Lia, and their family have been in quarantine together, and Lia has been out of work because the dance studio where she teaches was forced to close due to the coronavirus.

“I told my mom that she could dance to a drumbeat I found because she owns a dance studio that’s currently closed and we had nothing else to do,” Josiah told BuzzFeed News.

He played the part of a drummer in the background and watched his mom go. He said he’s seen her dance from time to time, but has “never [seen her] go off like that.”

“I never thought she could hold up her weight in the air. But I don’t expect that trick from any 40-year-old ,” Josiah said. “So when my 48-year-old mom did that I was shocked and speechless.”

People online joked that his mom must have thrown her back out by recreating some of her old college dance moves. And hilariously enough, it was no joke.

“The choreography was off the top of my head and we did one take because I had to lay down right afterward,” Lia said laughing.

Overall, like Josiah’s genuine reaction in his own TikTok, people online are impressed and left speechless by Lia.

They’re applauding, saying mom’s still got it and that she has showed up all of the teens on TikTok.

“Y’all can’t ‘outdo’ anyone who was a teen/young adult in the 90s. That black swagger is unmatched,” someone wrote.

Lia is apparently more shocked by how viral the video has become, and everyone’s adoration.

“This whole viral thing has been surprising and I’m grateful. And happy for [Josiah]. It’s really lifted our spirits as a family,” she said.

Still, she’s not going to be on TikTok herself, at least not anytime soon.

“It’s fun yet very, very weird,” she said of going viral and how fast the internet works these days.

For everyone else, some are noting that quarantine and being bored has brought out the very best in people’s parents. And that they’re “cool[er]” than anyone would have expected.

Related posts:
May 1, 2020 Lifestyle Comments Off on A Mom Who Used To Be On A Drumline Dance Team In College Has Gone Viral For Doing An Insane Routine For Her Son's TikTok
Celebrity News:
Coca-Cola Vows to Improve After Failing to Recognize BLM and LGBTQ+ With Personalized Bottles
ROLAND WHITE reviews Inside Tesco
Cara Delevingne Gives Fans Tour Of Her 'Adult Playhouse' – 'Vagina Tunnel' & All! Watch!
This Rapper Just Said Beyonce Cant Sing And The Beyhive Is Furious
Celebrities react to Britney Spears’ testimony: 'Stay strong'
Recent Posts