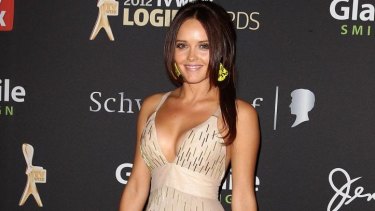 Australian actress Rebecca Breeds will lead the cast of the new US drama Clarice. She will play FBI Agent Clarice Starling – the character played by actress Jodie Foster in The Silence of the Lambs – in the series, according to a report in the US trade newspaper Variety. Clarice, which is set after the events of the film, will follow Starling as she navigates Washington D.C. and deals with new serial killer cases. The series is, in effect, the third reboot of the Clarice Starling character: in addition to Foster’s portrayal in the original film, actress Julianne Moore played her in the 2001 film Hannibal. No airdate has been set. 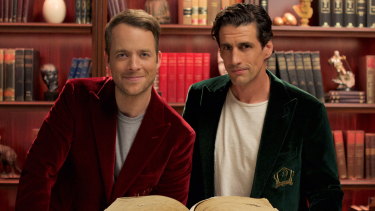 True Story with Hamish and Andy.Credit:Nine

The US network NBC is to adapt the Australian series True Story with Hamish & Andy for the American market. The series, which is hosted in Australia by Hamish Blake and Andy Lee, first aired in 2017 and recreates true-life stories with professional actors and scripts. The US adaptation will be hosted by actor-comedians Ed Helms and Randall Parkand will be produced by Yaron, Blake, Lee, Nicolle Yaron, Tim Bartley, Ryan Shelton, Ed Helms and Mike Falbo. Six episodes have been commissioned. Each hour-long episode will feature two stories; no airdate has been set. 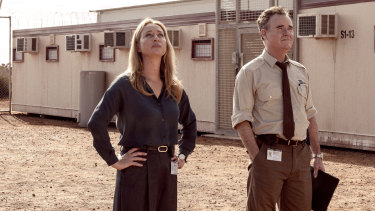 The ABC’s new drama Stateless has been secured for international broadcast by the streaming platform Netflix. The deal was announced in Berlin this week, where the series is one of several being showcased at the Berlinale festival. The series stars Yvonne Strahovski, Fayssal Bazzi, Jai Courtney and Asher Keddie; Cate Blanchett and Dominic West have supporting roles. Blanchett, who co-created the series with Elise McCredie and Tony Ayres, described it as a “labour of love for many years, and we could not be more thrilled that it will reach an international audience on Netflix”. It launches on the ABC on Sunday, March 1.

Australian actress Deborra-lee Furness will direct a series of Neighbours episodes dealing with adoption; Furness has long been an advocate of the issue, and of bringing challenges it presents into the media spotlight. “I am thrilled to be [telling] a story that is not often represented in mainstream media,” Furness said. “To have an iconic television institution like Neighbours joining the conversation and reflecting the lives of so many Australian children is extremely powerful.” Furness will direct the episodes in February; they will air later this year. Neighbours airs weeknights on the 10 Peach channel. 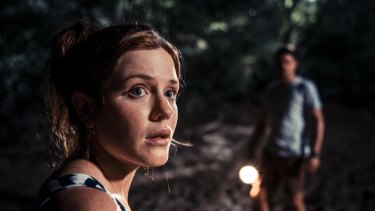 The InBetween star Harriet Dyer has been cast in the lead of an new single-camera comedy pilot titled American Auto for the US network NBC. The series, written by Justin Spitzer, is set at the headquarters of a US car company in Detroit, where the company’s executives are struggling to reinvent their brand as the industry changes around them. Dyer will play Sadie, the company’s no-nonsense head of communications. A pilot of the series will be filmed and a decision taken whether it proceeds to series after the annual LA Screenings in May, when international program buyers preview new content.

Australian actor Angus Sampson has been signed to a new series from Ally McBeal and Big Little Lies writer David E. Kelley. Sampson will star in The Lincoln Lawyer, which is based on the series of novels by Michael Connelly. Sampson will play Cisco, a former biker gang member who now works as an investigator and bodyguard. The pilot will be directed by Adam Bernstein; it follows the story of Mickey Haller, a lawyer working out of the back of his limousine in Los Angeles. The role of Haller has not yet been cast. Sampson’s credits include Thank God You’re Here, Wilfred, Fargo and The Walking Dead.