AMANDA PLATELL: How can bishops say a plan to stop women and little ones drowning is immoral?

Why is it that the Church of England’s bishops these days can’t see a Left-wing bandwagon without jumping on it and using their interpretation of the Bible to condemn those who don’t agree with them?

Yesterday the Archbishop of Canterbury, the Most Rev Justin Welby, led a distinguished band of church leaders including the Archbishop of York, the Bishops of London and Durham plus more than 20 other ‘lords spiritual’ in their condemnation of the Government’s Rwanda migrant flights as ‘an immoral policy that shames Britain’.

Archbishop Welby proclaimed that migrants who have come here illegally – more than 10,000 have crossed the Channel in flimsy rubber boats this year alone – are ‘the vulnerable that the Old Testament calls us to value’.

Of course many are vulnerable. Of course many deserve compassion. That’s why action needs to be taken to stop them hazarding the perilous journey across the Channel.

But does the archbishop expect us to value even the convicted criminals among the tens of thousands who have entered Britain illegally, many of whom we cannot deport because Left-wing lawyers argue that by doing so we would breach their human rights? 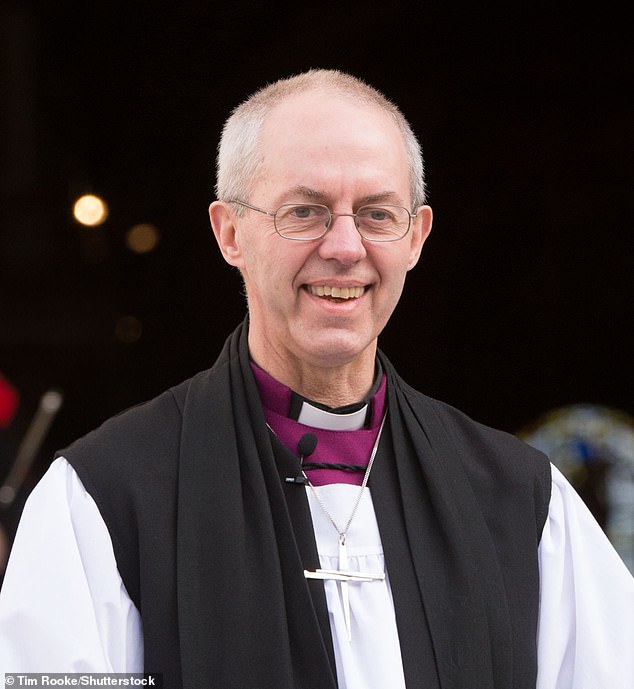 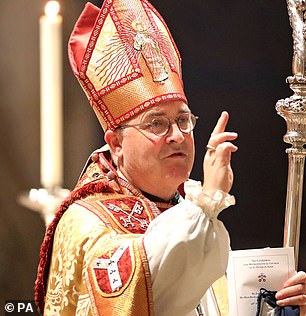 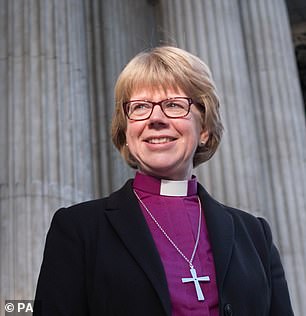 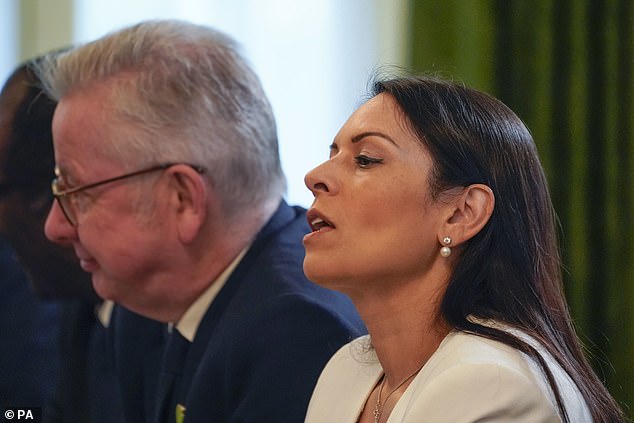 It may come as a wake-up call to Mr Welby, but huge numbers of his dwindling congregation of bog-standard, church-going Christians like me think he’s completely out of touch with his flock.

One poll when the Rwanda plan was first announced showed 47 per cent of Britons agreed with it, with 26 per cent opposing it – a two to one majority.

Are those of us who support the Rwanda plan also part of Britain’s ‘shame’? Even though we believe it is, in fact, a humane project to rehome migrants, and one that could save lives and help destroy the business model of evil people traffickers? How dare these bishops tell me my view is immoral. Am I to be flung into the flames because I believe that we need a determined government and resolute action to tackle the migration crisis, and that this is one way to stop women and children drowning in the English Channel? What we are seeing here is a complete disconnect between the leaders of our churches and their congregations. 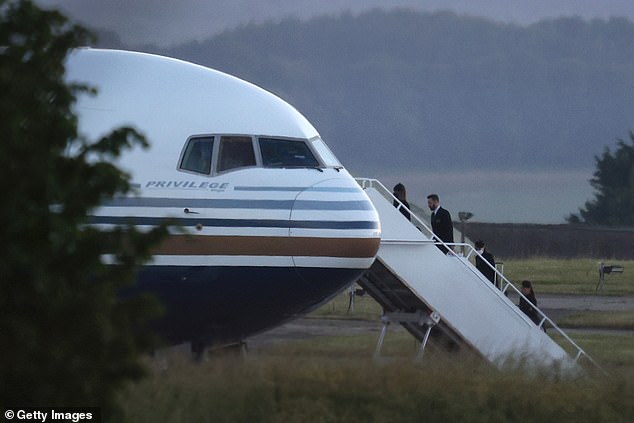 But then it should hardly come as a surprise. Those of us who have endured countless sermons in church straight from the Left-wing Guardian leader pages understand only too well that our sanctimonious church leaders can’t restrain themselves when it comes to the supposed evils of the Tory government.

On one occasion, I had lunch with the Archbishop of Canterbury after a rather beautiful service in the crypt of Lambeth Palace, honouring journalists who had been killed in war. I inquired about his newspaper reading habits.

He told me he couldn’t start the day without the Guardian or the Financial Times, both of them Remain-supporting papers. 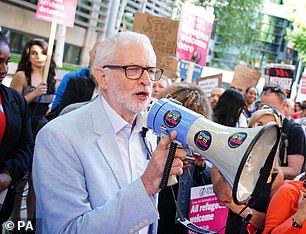 The yawning divide between the shepherds and their flock was exposed in an article on the website UnHerd last year by Giles Fraser, now the vicar of St Anne’s church, Kew. He asked what so many of us bewildered church-goers have been wondering for years: ‘Why is the church so woke?’ Why does it no longer represent the values of vast swathes of the Christian community?’

Mr Fraser cited a Savanta ComRes poll showing that just 6 per cent of Church of England clergy admitted voting Tory in the last election, while 40 per cent voted for agnostic Jeremy Corbyn to lead this country. Odd that our clergy should herald a man who doubts God’s existence.

And while there was no breakdown for congregants in 2019, Rev Fraser pointed out that two years earlier, another poll had 58 per cent of them voting Tory.

‘That is some disconnect,’ he commented.

‘And similarly, churchgoing Anglicans supported Brexit in large numbers, something not true of most of the men and women giving them communion.’ Sadly it’s not a new phenomenon. More than a decade ago, before I changed churches to my lovely more traditional one, I was asked by my then parish priest if I’d give a talk on ‘Being a Christian and a Conservative’.

When I asked why, he explained that the concept was so utterly implausible.

Well, it’s true that being a Christian has not always been fashionable – ask Jesus and his disciples. But at least these days we don’t get fed to the lions, only into the jaws of Leftists who selectively use the Bible to support their dogma.

Should a single flight leave Britain for Rwanda, opined Mr Welby, ‘the shame is our own because our Christian heritage should inspire us to treat asylum seekers with compassion, fairness and justice’.

Yet as the Daily Mail’s Sue Reid revealed recently in her reports from Rwanda on the new refugee centre where they will be housed, the deported migrants will enjoy compassion and justice as well as a comfortable hotel existence and the chance to get jobs if they’re prepared to work.

For those of us of Christian faith, Welby’s constant interventions are as baffling as they are alienating. And yet, despite church congregations dwindling ever further, and fewer people putting money into CofE coffers, he seems utterly oblivious.

How can he ignore the most recent poll that showed not just 39 per cent of Labour voters, but 60 per cent of Tories support the Rwanda scheme?

I suppose by sermonising from his pulpit on the moral high ground – while insisting the views of the ‘shameful’ majority among his congregants aren’t worth the church candle.