AnnaLynne McCord and Shenae Grimes-Beech are finally opening up about their highly publicized feud on the set of 90210, but don’t expect the BFFs to jump on the rewatch podcast trend and revisit their West Beverly days.

“It was never a conversation. I know that’s so trendy right now. I mean, we didn’t even watch the show when we were on it [and it] was airing live,” Grimes-Beech, 31, exclusively told Us Weekly while promoting the former costars’ Dear Media podcast, “Unzipped.”

McCord, 33, subsequently joked, “It did occur to me, like, ‘How would I like to create trauma in Shenae’s life? Oh, let’s do a rewatch [podcast].’ … Like, remember that was the time I was ignoring you and didn’t say anything but the lines to you?” 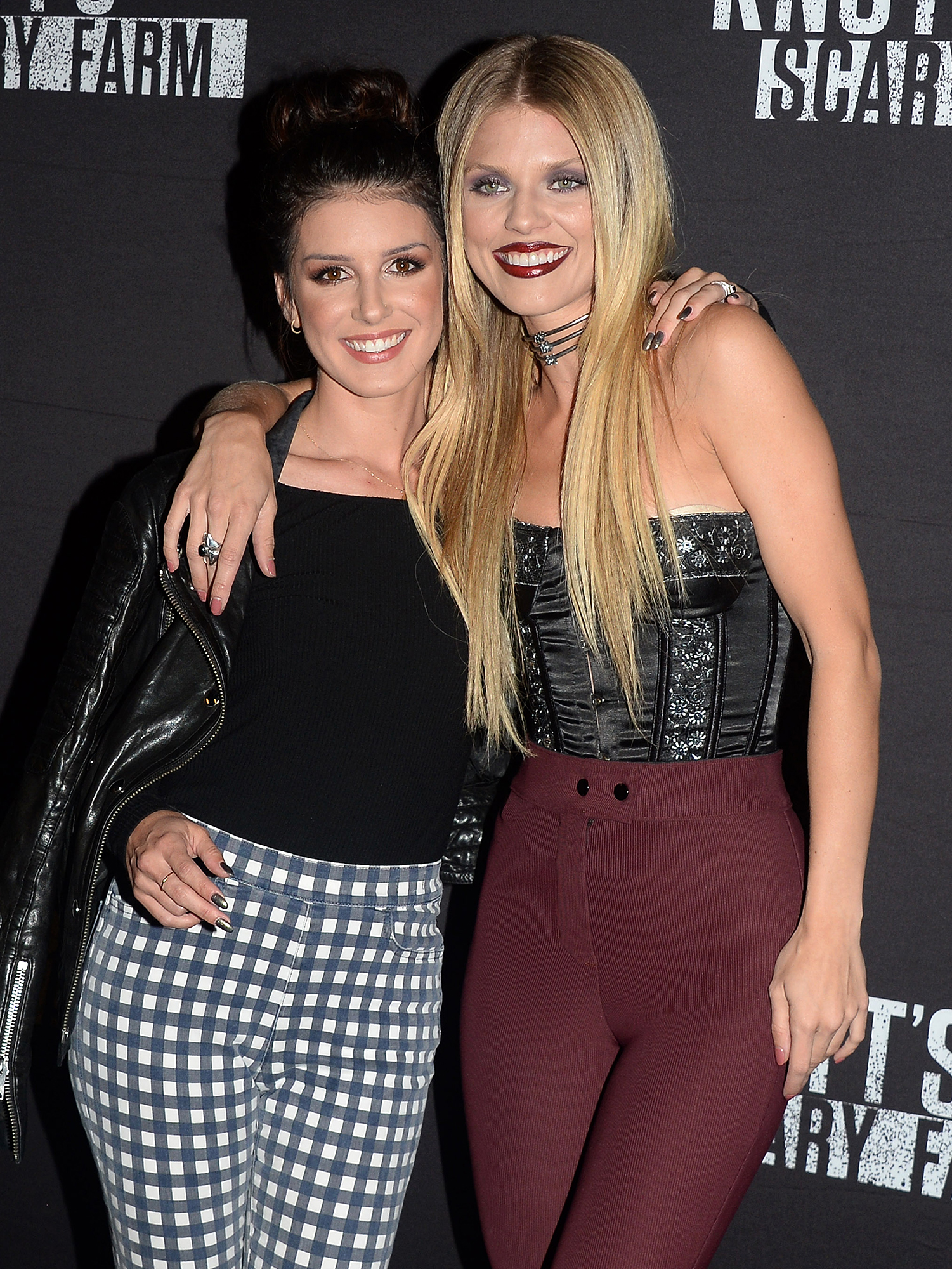 “That’s something I think I do, just like meant to protect my own mental health is I block out giant chunks of my life and behind-the-scenes of 90210 is definitely one of them,” Grimes-Beech explained. “I have, like, vague memories here and there, but I honestly, I don’t think I’d be able to, like, walk you through episodes.”

Biggest Costar Feuds of All Time

During the first episode of “Unzipped,” which drops every Wednesday, Grimes-Beech and McCord, who played Annie Wilson and Naomi Clark, respectively, revealed that one of their costars — who remained nameless — enlisted the cast to confront Grimes-Beech in her trailer for an “intervention” about her alleged behavior during season 1. While McCord was present for the drama, she told Grimes-Beech that she didn’t know that the group was there to confront the Canadian actress. The two women, who buried the hatchet the day they filmed the 90210 series finale, never discussed the incident until the night before they recorded “Unzipped” for the first time.

“Once [90210] ended, it’s taken a long time to reposition ourselves in the public’s mind and start to disassociate from that show. … I tied my own identity so closely to that series because … it happened during the most formative years of my life,” Grimes-Beech told Us. “And that took me a long time to mentally process and emotionally digest the trauma that came from parting ways with that series. I’m all about moving forward and moving up and onward and all the rest of it. And I’m finally in a place where I am so, so grateful for that chapter of my life. And I, like, hold it so near and dear to my heart that, like, you don’t want to f—k with a good thing. It took me a long time for it to be a good thing in my world.”

McCord added, however, that they will “obviously drop little nuggets” about 90210 on their podcast, which Grimes-Beech agreed with. The Let’s Get Physical alum added that the pair want to show “redemption” is possible as they tackle cancel culture on their podcast.

“People are 20 and do 20-year-old things and they shouldn’t be held accountable to the extent that the rest of their life is ruined because of something they did when they were 20,” McCord explained. “We should have a way to heal and move forward, see someone for their growth potential, and not just write everybody off in society.”

Grimes-Beech added there’s “so much about AnnaLynne” that she wishes she saw in herself.

“She’s got this magnetic persona and so much confidence and all of the things that make you, like, have to watch her when she’s in a room, whether you like her or not,” she told Us. “It’s not like something happened and we made up and it was all happy days. It was, like, we just slowly started to both bring our walls down at the same time and fall back in love with what had initially made us connect in the very beginning. And that’s only gotten deeper and broader ever since then as we’ve continued to grow up.”

And as different as the two ladies are, they were both quick to agree on their dream “Unzipped” guest — Russell Brand.

“He’s just brilliant, he’s so unbelievably intelligent it is insane,” McCord said. “And he knows so much about so many different things, and he doesn’t care at all. … He’s going to go there. And that’s really what ‘Unzipped’ is about.”