IT started out like one of the training sessions Mikel Arteta used to
put on when he was Pep Guardiola’s bibs-and-cones man.

Yet this ended up as a decent test of Manchester City’s staying power,
as Arteta’s Arsenal made them sweat for an 18th straight win. 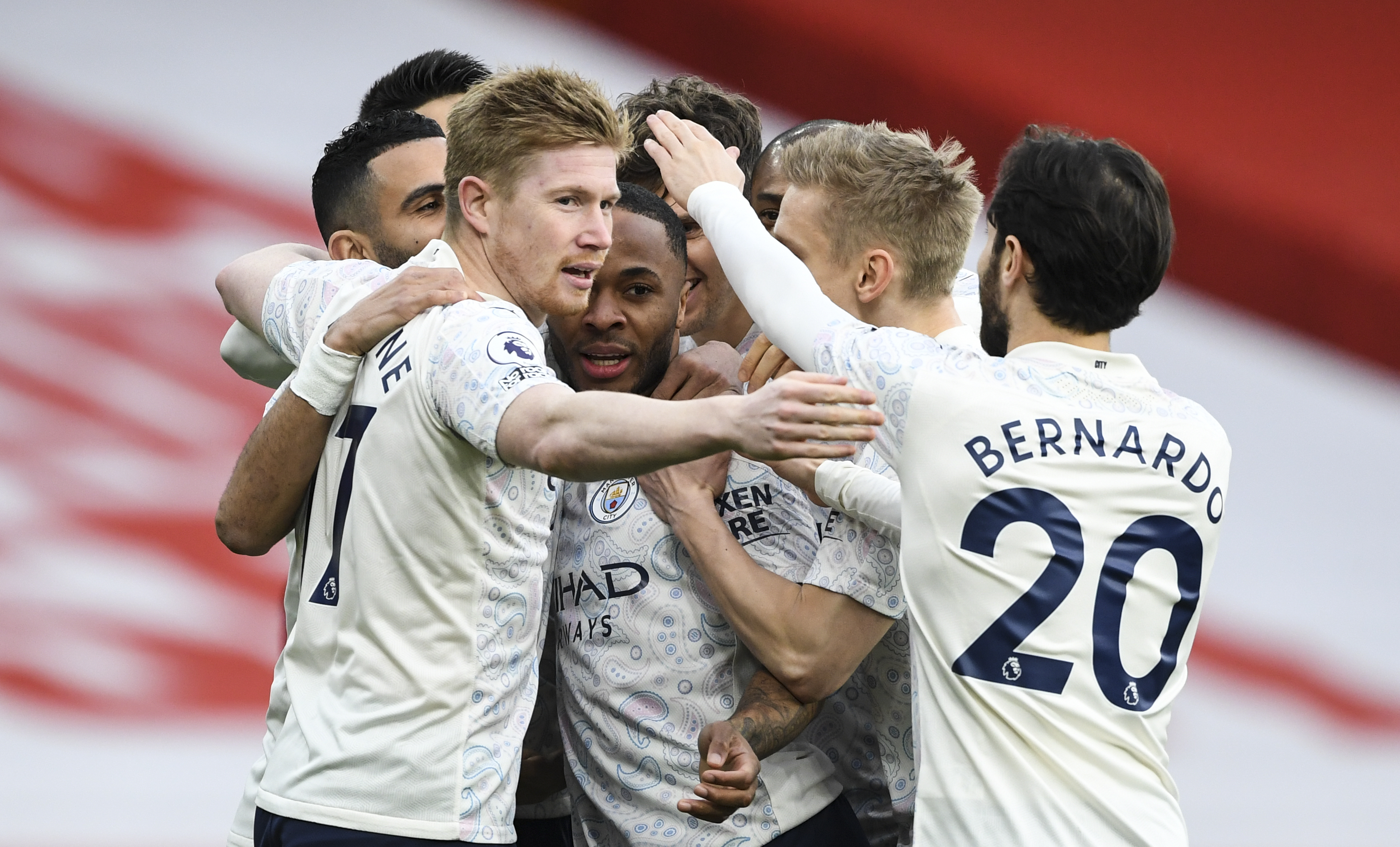 City remain 10 points clear at the top of the Premier League, thanks
to a headed opener from Raheem Sterling inside 90 seconds.

And mid-table Arsenal have just one win in six as Arteta struggles to
convince as the main man, having left his position as Guardiola’s
Etihad No 2 last season.

But this was a day to appreciate the outstanding central-defensive duo
of Ruben Dias and John Stones, as well as the midfield tenacity of
veteran Fernandinho, rather than to purr at another dominant attacking
display from the champions-elect.

Having skewered Everton and Tottenham in the previous eight days, City
had to dig this one out – dominating for 30 minutes, then being drawn
into an even contest for the final hour.

Guardiola’s men head to Borussia Moenchengladbach on Wednesday, in
pursuit of an unprecedented quadruple, after this reminder that they
will not be able to swagger away with each and every match.

City had achieved their previous eight victories without their best
player, De Bruyne – the Belgian returning from a hamstring injury as a
late sub after Wednesday’s win at Everton had been sewn up.

De Bruyne had already been involved in a saucy exchange of passes with
Bernardo Silva, and Sterling had taken an air-shot at a decent chance,
before City took the lead inside 90 seconds.

Reuben Dias played a delicious long diagonal pass for Riyad Mahrez,
who teased Kieran Tierney and crossed left-footed from the right,
Sterling peeling away from Rob Holding and heading inside the far
corner. 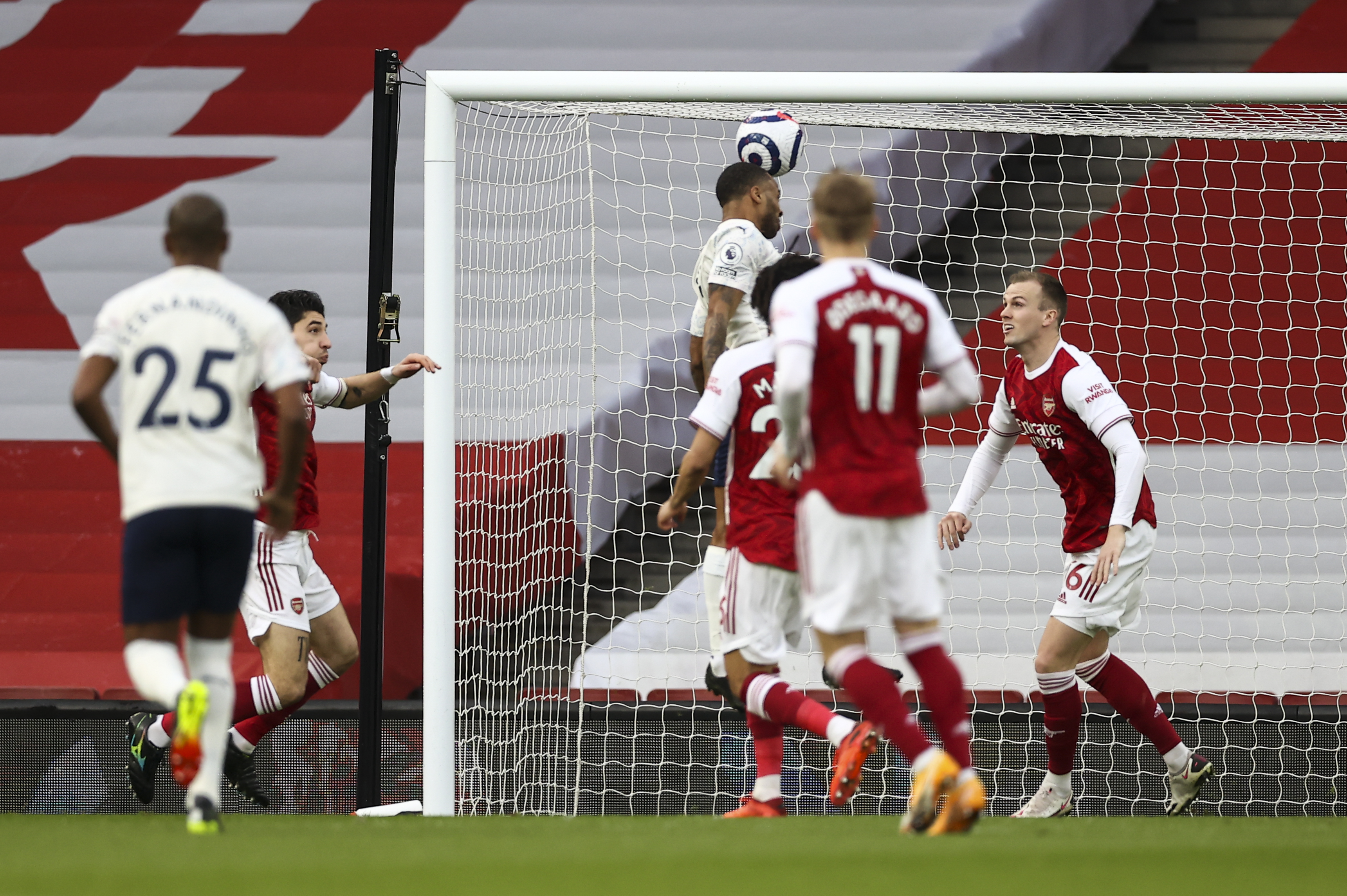 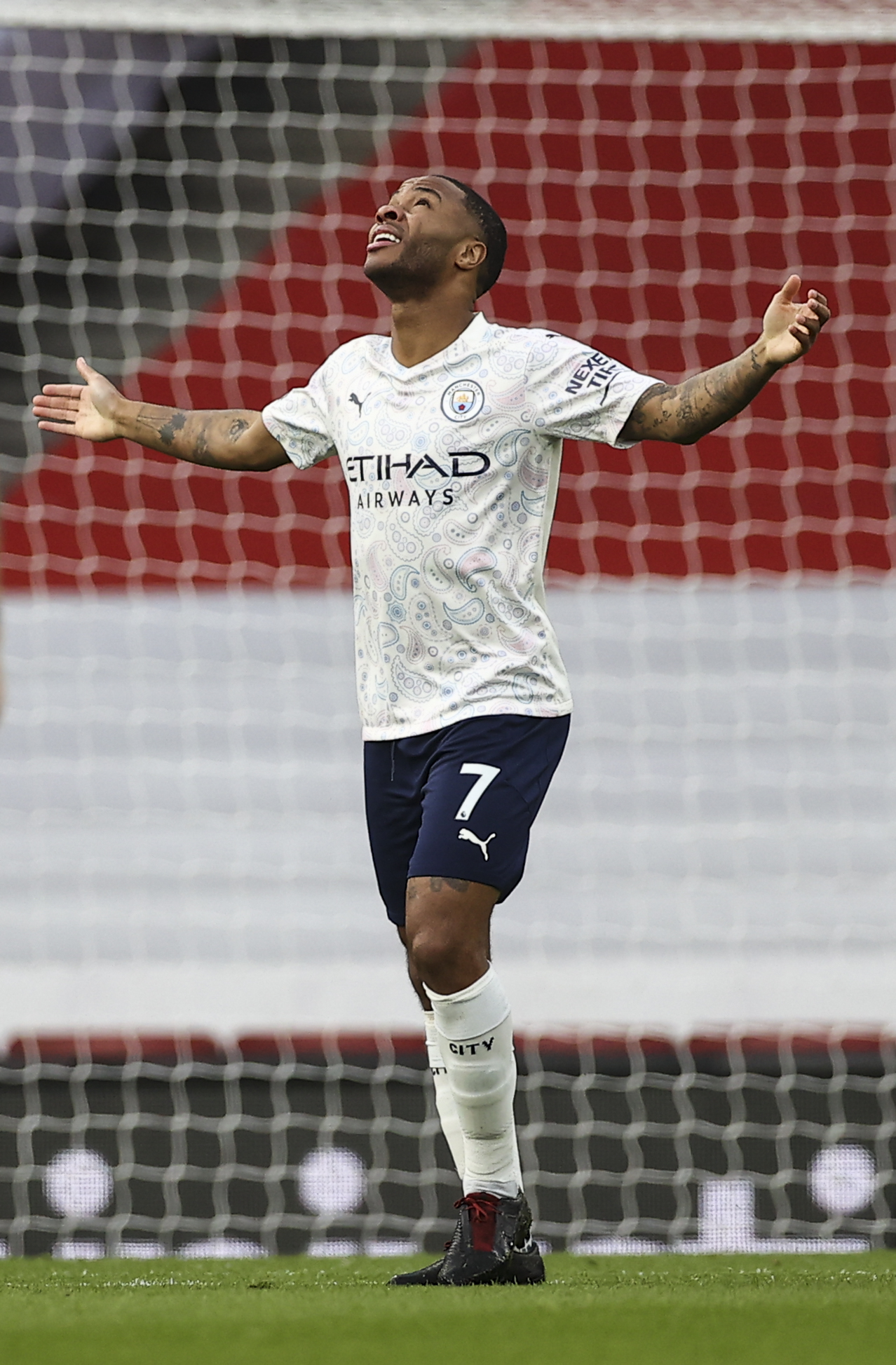 Sterling had a third scoring opportunity within five minutes when he
was released by De Bruyne, only to stumble and allow Bernd Leno to
collect.

City continued to move it with speed and conviction, the echoes of
their thumping passes pulsing like a drumbeat around an empty
Emirates.

Arsenal, who had started off wondering whether they could nick a
result against City, had been reduced to imagining getting the ball
off them. 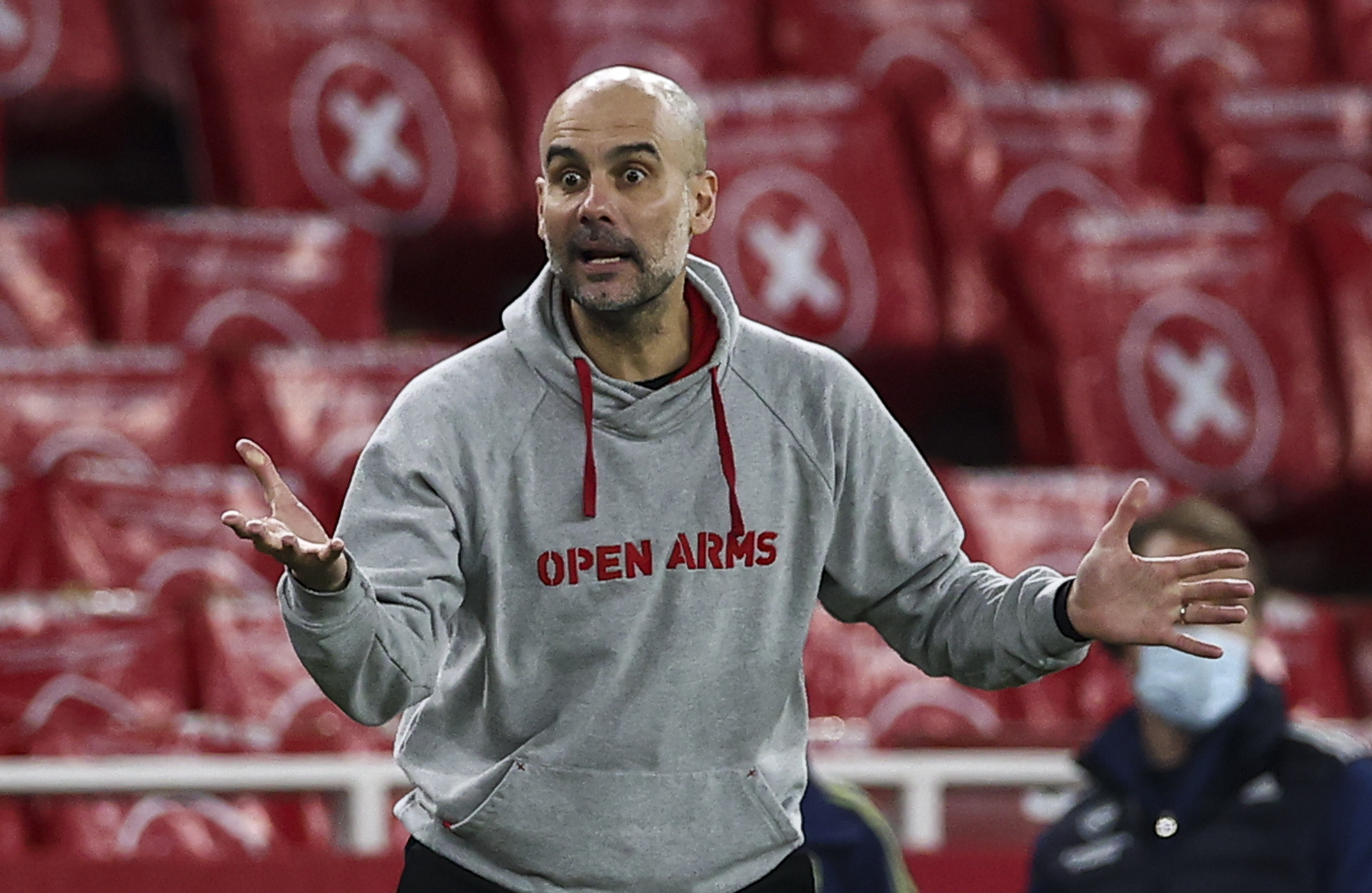 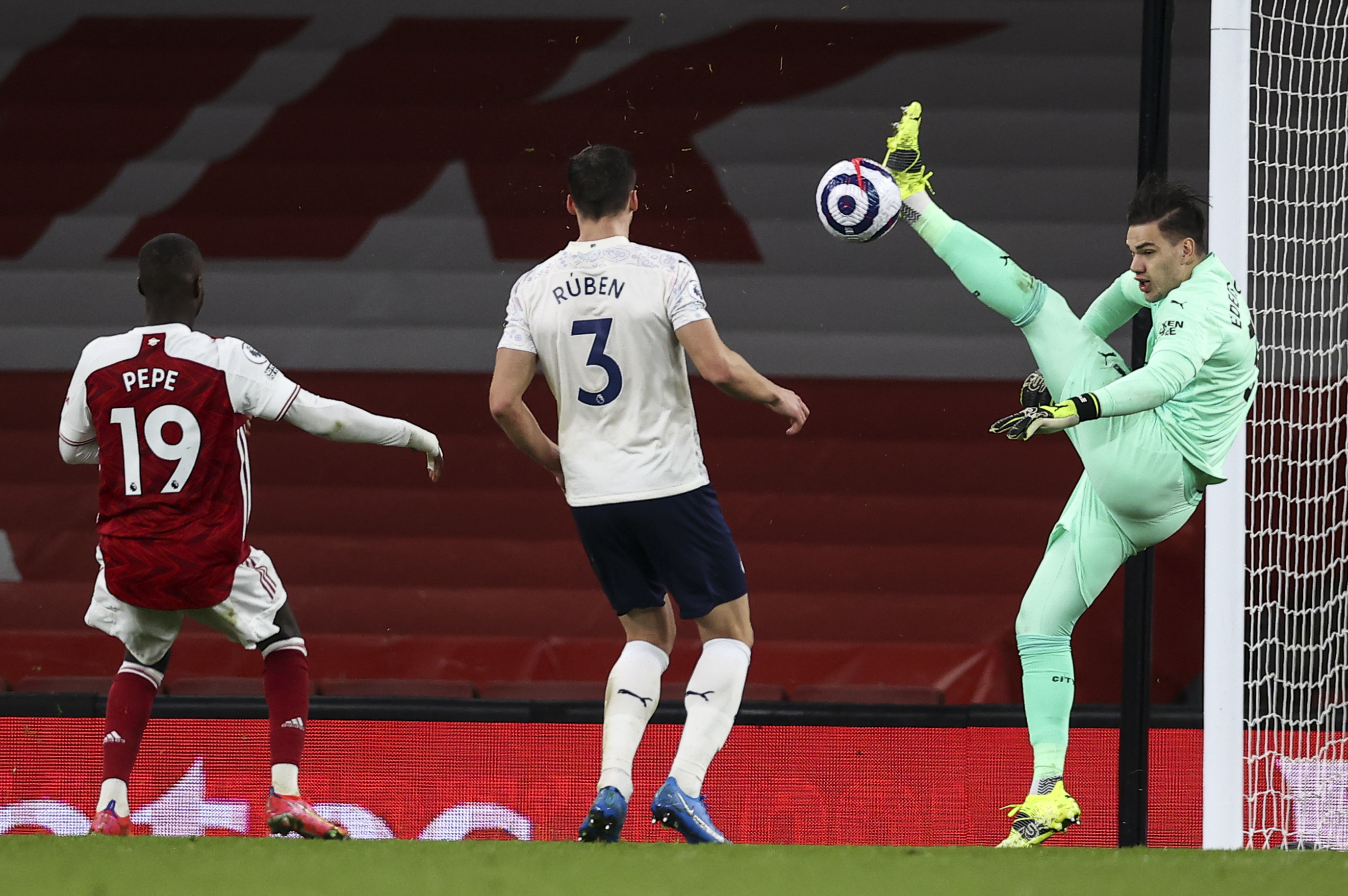 Dias, the best player on the pitch to human eyes, was being constantly
berated by Guardiola – presumably demanding something that the
Portuguese did something from another dimension.

Yet around the half-hour mark, Arsenal decided to join in and this
became a genuine contest – Dias and John Stones, who had been
Beckenbauering around, were suddenly asked to do some defending.

Kieran Tierney even asked a save from Ederson, Nicolas Pepe drilled
into the side-netting.

After the break, City were back in their stride – De Bruyne almost
finding the top corner with the sort of feathered chip Tiger Woods
might attempt by a glassy putting green. 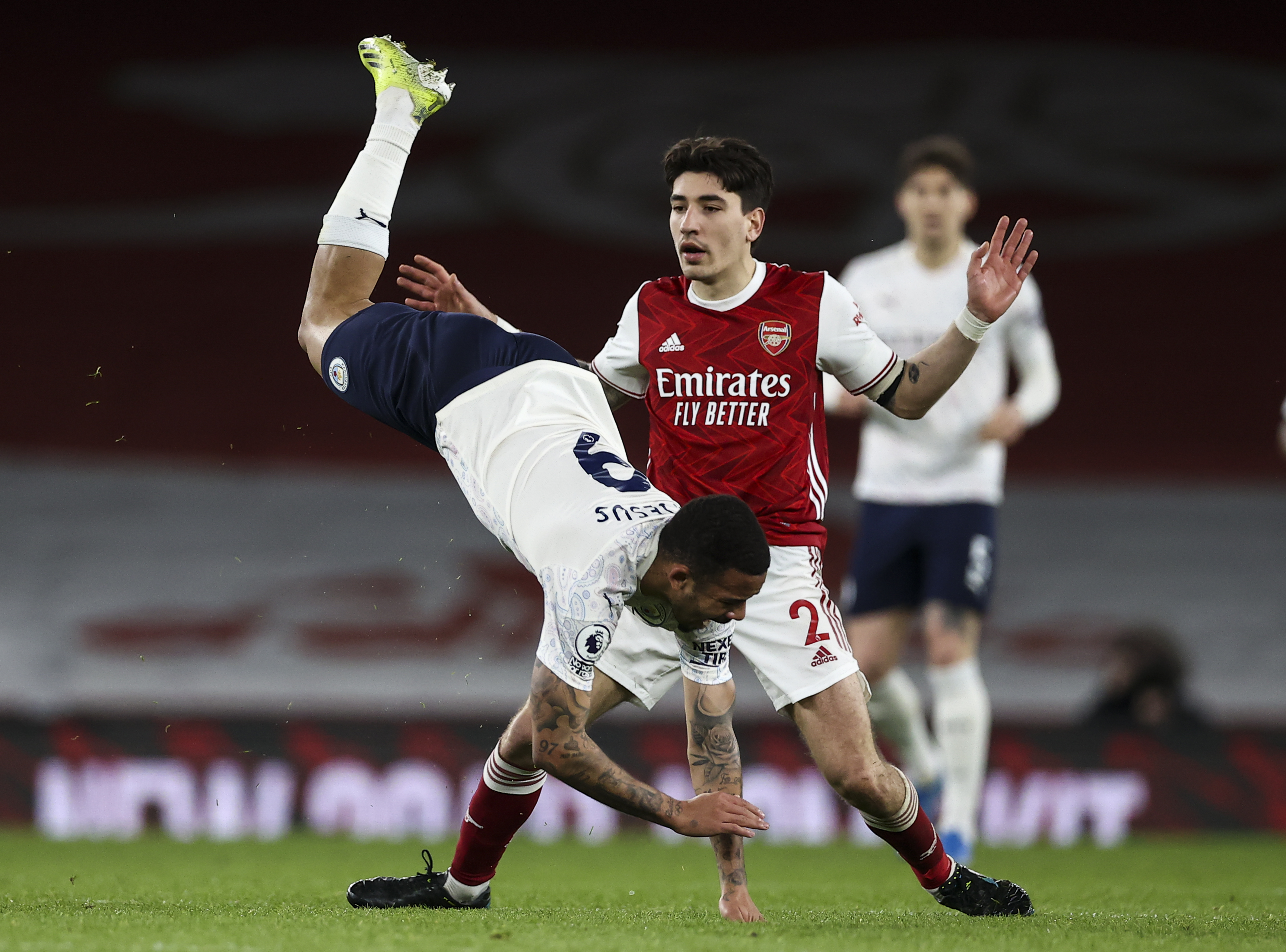 Ilkay Gundogan, the goal-scoring form horse who had missed the Everton
win, tested Leno with a curling shot and De Bruyne volleyed over from
long range.

De Bruyne, who had not been totally up to speed as a false nine, was
replaced by Gabriel Jesus on 63 minutes.

There was a bizarre moment of over-confidence when City keeper Ederson
sliced a wild volleyed clearance to Mohamed Elneny, who thumped wide.

Sensing the chance to seize a point, Arteta sent on Alex Lacazette and
Emile Smith-Rowe.

But Joao Cancelo almost added City’s second, the free-wheeling
full-back recovering from a clobbering challenge by Holding, to
collect a pass from Jesus, cut inside and dink narrowly wide of the
far post. 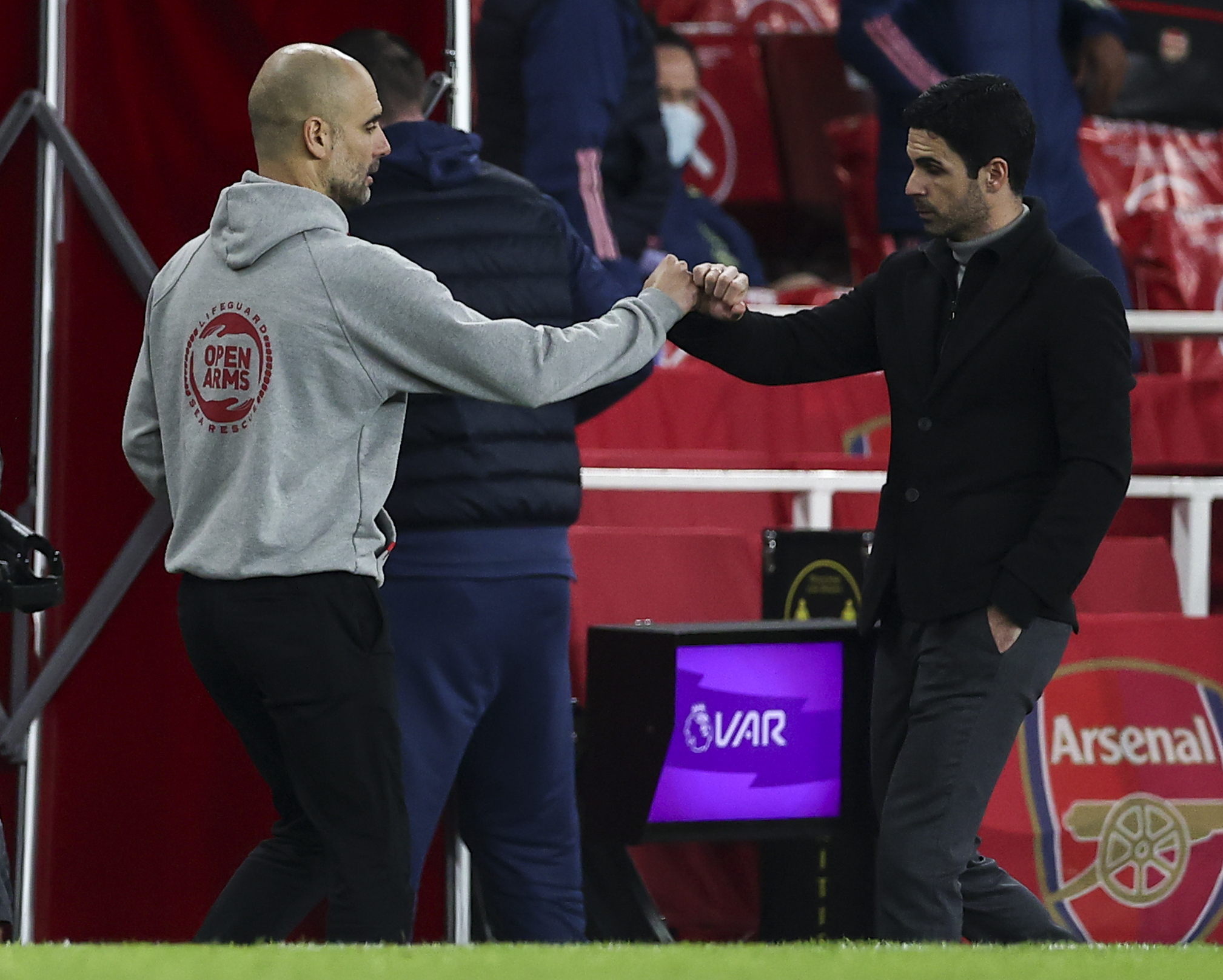