Sir David Attenborough has backed a call for deep sea mining to be stopped as conservationists warn it could have a ‘huge impact’ on wildlife and the climate.

A report by Fauna and Flora International (FFI) calls for a moratorium on moves to mine the deep sea for minerals used in mobile phones and electric car batteries.

The process could also create large plumes of sediments that smother areas far away from the mining sites themselves and kill marine life, FFI claims.

‘The rush to mine this pristine and unexplored environment risks creating terrible impacts that cannot be reversed,’ said Sir David, vice president of FFI. 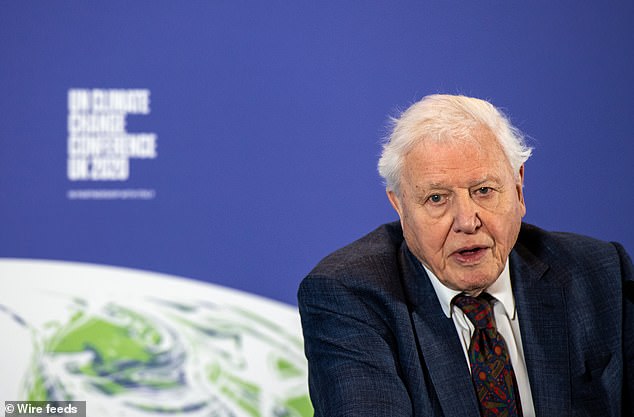 Sir David Attenborough is backing a call for a moratorium on deep sea mining. He says mining the surface without fully exploring it is ‘beyond reason’ 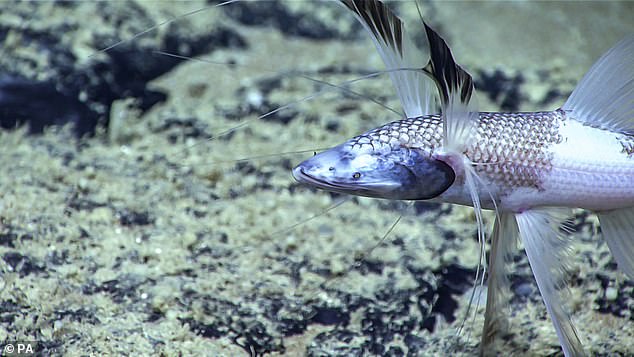 This image of a tripod fish is among the species that could be harmed through deep sea mining if it is allowed to continue, says Sir David Attenborough

FFI said in their report toxic and heavy metals could be released and spread dangerous toxins to areas of the oceans that are important for fisheries.

Mining could also lead to the loss of microbes that capture methane and carbon and disrupt the oceans ‘biological pump’ which takes carbon from the atmosphere and transports energy and nutrients through the oceans, the team warn.

‘Mining the deep sea could create a devastating series of impacts that threaten the processes that are critical to the health and function of our oceans,’ said Sir David.

‘Fauna & Flora International is calling on global governments to put in place a moratorium on all deep sea mining – a call I wholeheartedly support.’

The wildlife presenter said the idea that people should be considering the destruction of deep sea places before they have understood them or the role they play in the health of the planet ‘is beyond reason’.

‘We need to be guided by science when faced with decisions of such great environmental consequence.’

Exploratory deep sea mining is already under way, but mining on a large scale is on hold until nations have agreed the rules covering it, which are being developed under the UN International Seabed Authority with efforts to finalise them in 2020.

FFI warned that human activity was already putting a huge strain on the oceans.

They have already absorbed a third of our carbon emissions and 93 per cent of the extra heat trapped by greenhouse gases, FFI said.

Oceans are becoming more acidic because of the carbon dioxide dissolving into them, fisheries are under pressure as a result of over-exploitation and there are hundreds of huge ‘dead-zones’. 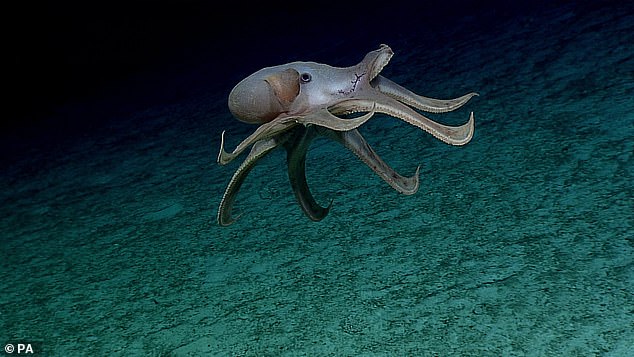 This rare deep-sea cirrate octopod is among the ocean species that are being studied by scientists. Sir David Attenborough says the rush to mine this pristine and unexplored environment risks creating terrible impacts that cannot be reversed 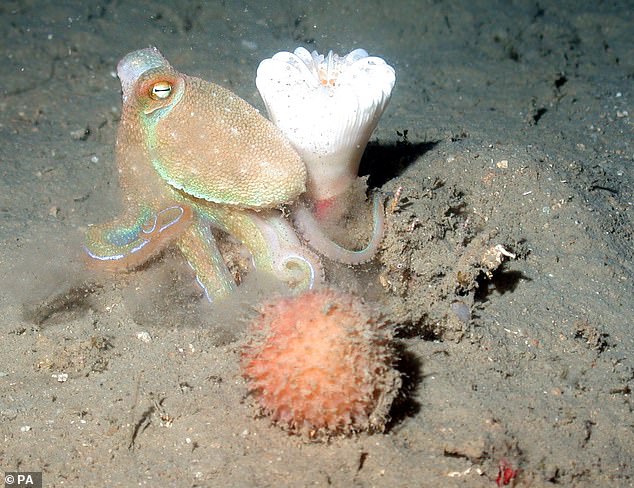 Whole ecosystems including octopus and sea sponges could be destroyed if mining is allowed to continue, according to Flora and Forna International

‘Minerals on the seabed are centre-pieces of deep sea ecosystems. Plans to mine the deep sea must be put on hold,’ said Pippa Howard, director at FFI.

‘From methane release to disruption of the ocean’s life-support systems and the destruction of unstudied ecosystems, the risks of deep sea mining are numerous and potentially disastrous,’ she said.

‘To place the ocean under the additional stresses that would be created by deep sea mining would be rolling the dice with the functioning of key planet-wide processes. We take this step at our peril.’

A Government spokesman said the UK is pushing for the highest international environmental standards including on deep sea mineral extraction.

‘While we have sponsored two exploration licences, these allow only for marine research to understand the effects of deep sea mining,’ he said.

‘We will not issue a single exploitation licence without a full assessment of the environmental impact.’