How often do YOU change your sheets? Aussies get honest about their hygiene habits – and you might be surprised

Australian homemakers have revealed how often they really clean their sheets – with some turning over their bed linen every second day.

Most people confirmed they change their sheets every week or two – while others were happy to leave it a little longer.

‘Definitely weekly or sooner if time permits. One of us has oily skin and farts a lot,’ another woman laughed. 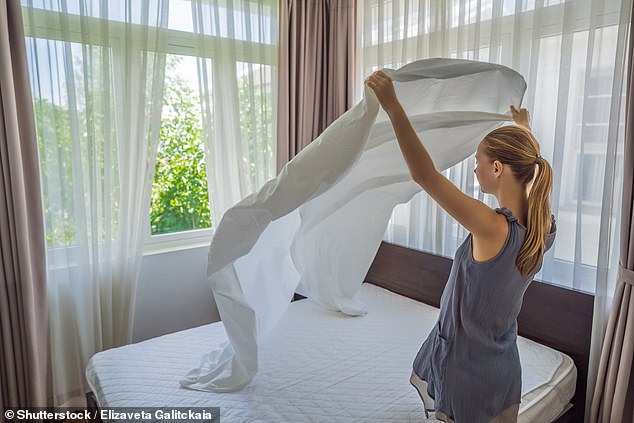 ‘I change mine EVERY Friday! I just love the feel and smell of fresh sheets and pillowcases,’ said another.’

Some struggled to understand how weekly bed changes were possible.

‘How do you all manage weekly? I can barely get through the everyday laundry during the week with a toddler and newborn let alone weekly sheet washes,’ one mum said.

How often do you change your sheets?

How often do you change your sheets?

People with pets or babies in the bed appeared to change their sheets more often.

‘A couple of times a week. But it’s only because I have four dogs and they all sleep on the bed,’ one woman said.

‘Whenever they feel dirty or crumby maybe once a week maybe more often maybe can stretch to two weeks depends but we sleep with two dogs and a cat so usually gets done often,’ one woman said.

Some were unsure how there could be ‘hard and fast’ rules for sheet changing.

‘Weekly unless they are visibly dirty than I wash whenever they’re dirty. Sometimes it’s every day.’

‘How can something like this be scheduled, I just do it when they are not clean anymore,’ said another.

Others admitted to getting around to it every four weeks.

‘Once a month. I know I should do it more, especially for my my skin issues but I have an abundance of chronic and mental health conditions which make it hard,’ one woman said. 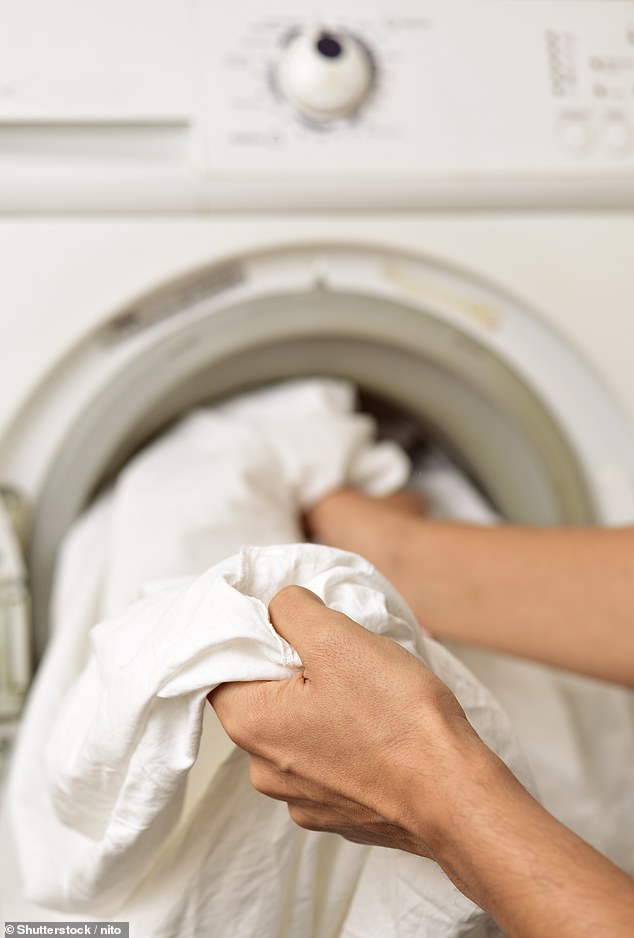 How often should I wash my sheets?

According to the sleep foundation most people should wash their sheets weekly.

‘If you don’t sleep on your mattress every day you may be able to stretch this out to once every two weeks,’ the experts said.

People with pets should wash their sheets every three or four days.

People with allergies or asthma should wash them every few days.

Pillow cases should be washed weekly.

Blankets and comforters every two-three months.

Pillows every four to six months.

‘Monthly, but from the comments it appears like it should be weekly,’ one woman admitted.

And some thought weekly or fortnightly washes were overkill.

‘Get a job or shower after work,’ one woman said.

‘I reckon, our whole family shower before bed. we don’t eat in our rooms and animals sleep in their own beds. Where do people find the time ever week to wash all their linen?’ another said.

Others revealed they had been with people who washed their sheets ‘once a year’.