No bad blood! Autumn and Peter Phillips put on a united front despite their separation as they arrive together for their second outing to Cheltenham this week

Peter and Autumn Phillips prove they have remained on good terms despite their split as they attended Cheltenham Festival together today.

The estranged couple, who announced their separation last month, put on a united front as they arrived for the Cheltenham Gold Cup on the final day of the racing event.

However, it couldn’t be said whether Autumn, 41, had a ring-free wedding finger, as she donned a pair of stylish gloves – likely due to the growing concern regarding the coronavirus epidemic.

The racecourse is just a short drive from Gatcombe Park, Princess Anne’s Gloucestershire estate where Autumn and Peter continue to live while they co-parent their daughters, Savannah, nine, and Isla, seven. 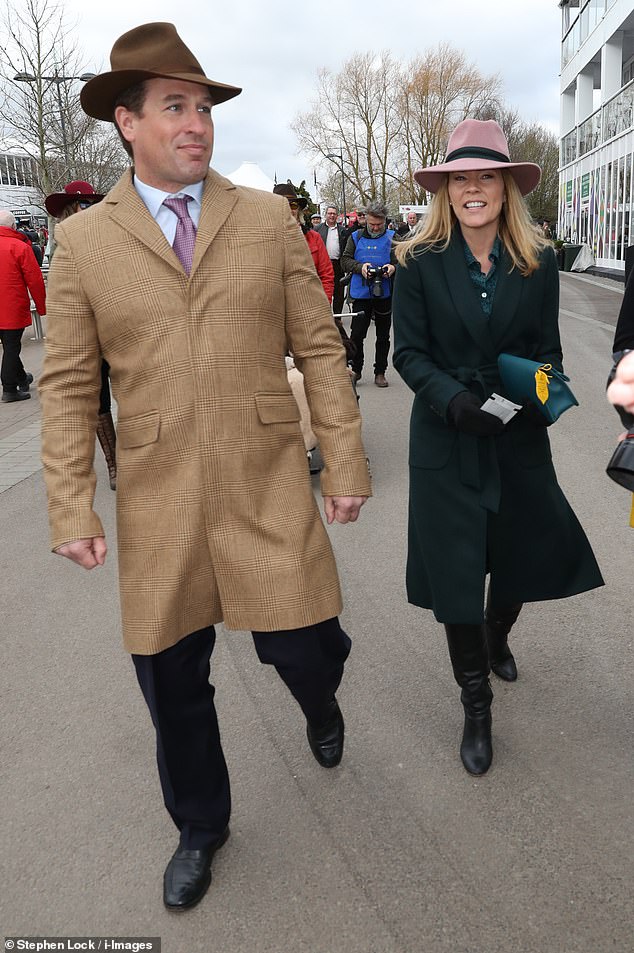 Peter, 44, and Autumn Phillips, 41, put on a united front despite their split as they arrived for the Cheltenham Gold Cup on the final day of the Cheltenham Festival today 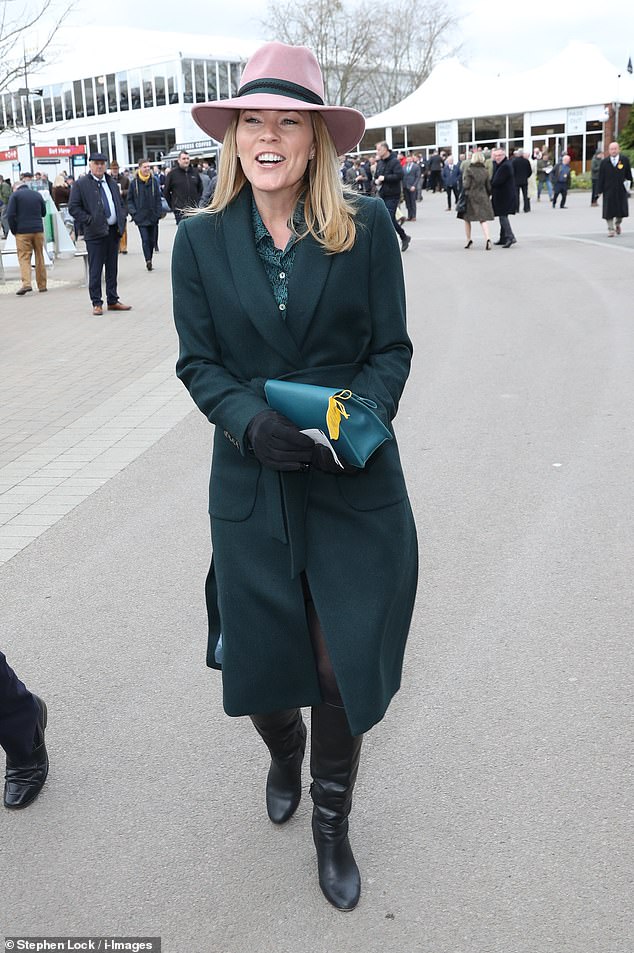 The mother-of-two, who donned a pink hat by Camilla Rose, put on a stylish display in a green coat and blouse by Really Wild, coordinating William and Son bag and knee-high black leather boots by Maje.

It’s the second time the former couple have been spotted together this week – as they similarly looked in high spirits when they arrived at the racecourse together on Tuesday.

It marked the first Autumn was spotted in public following the announcement of their split in a public statement last month. 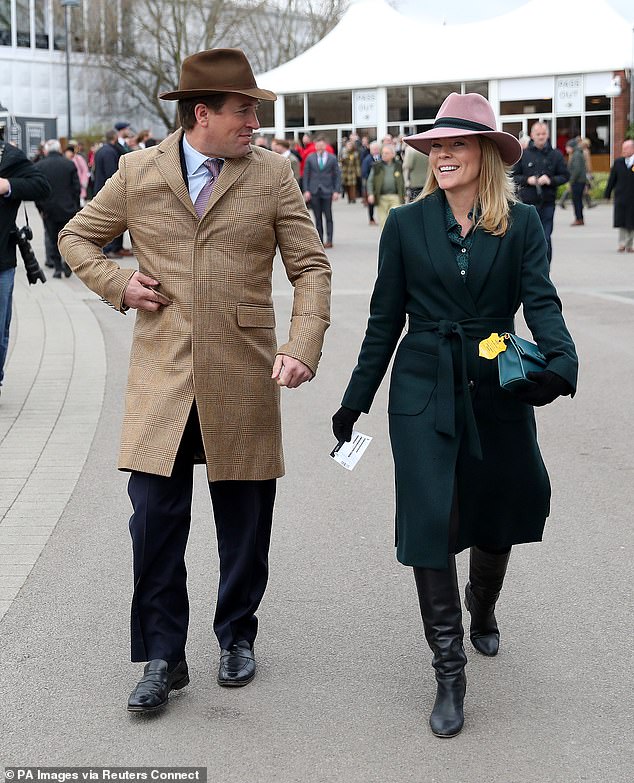 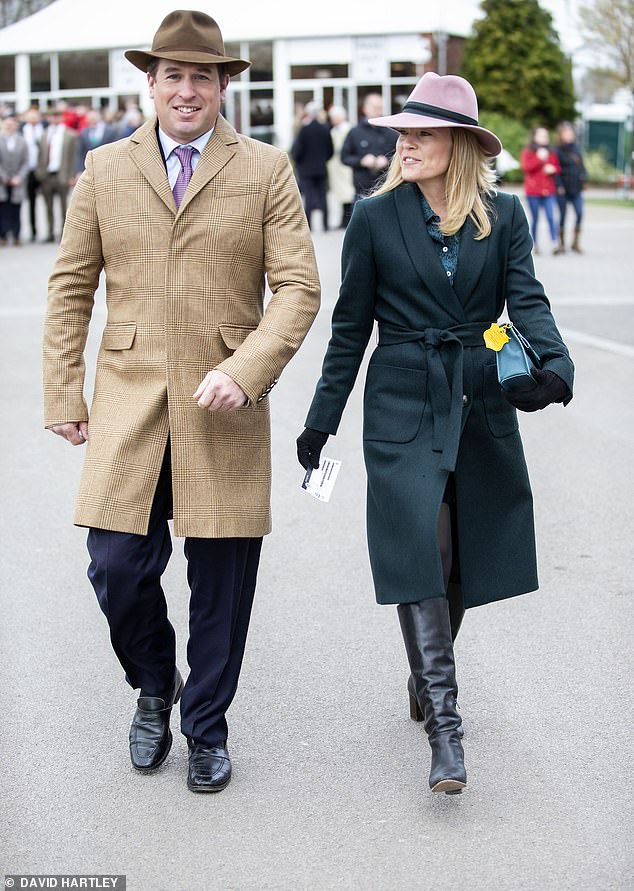 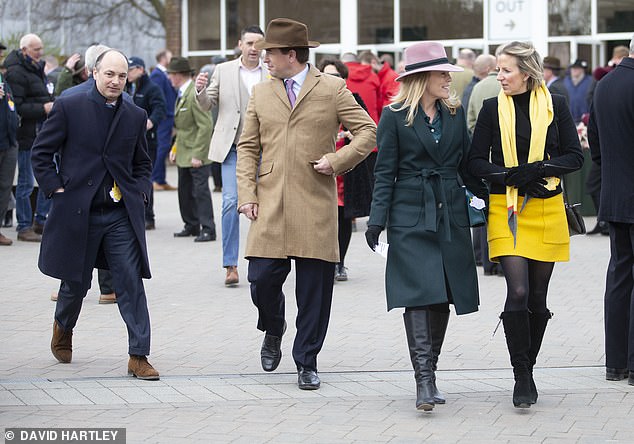 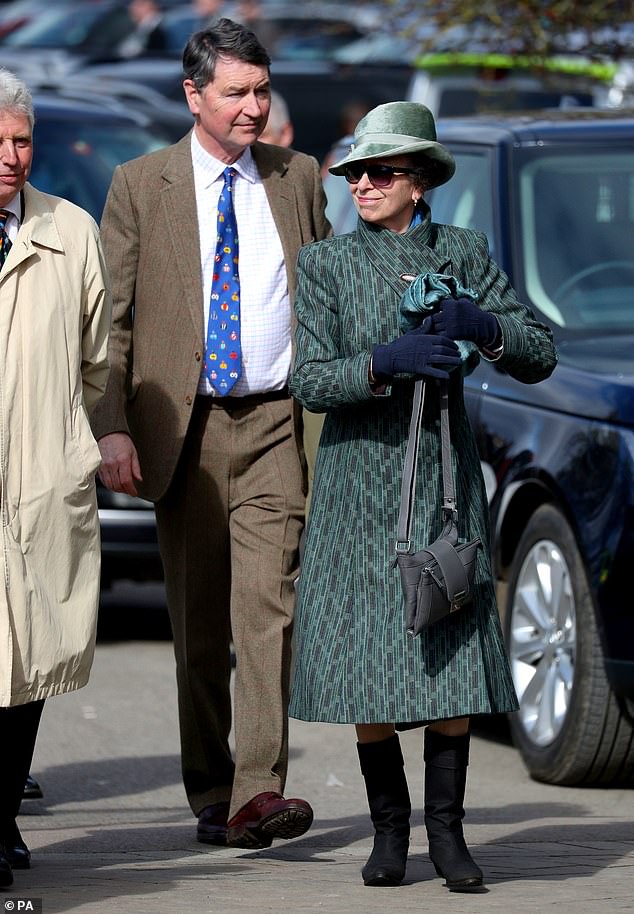 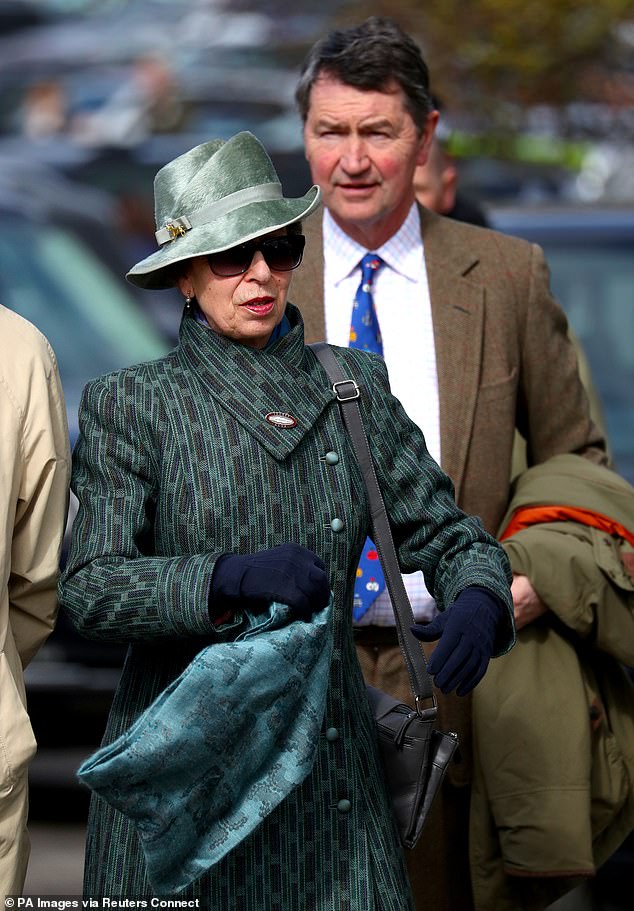 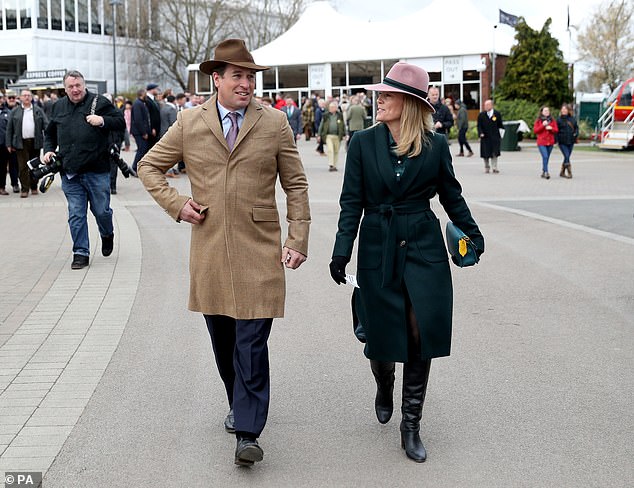 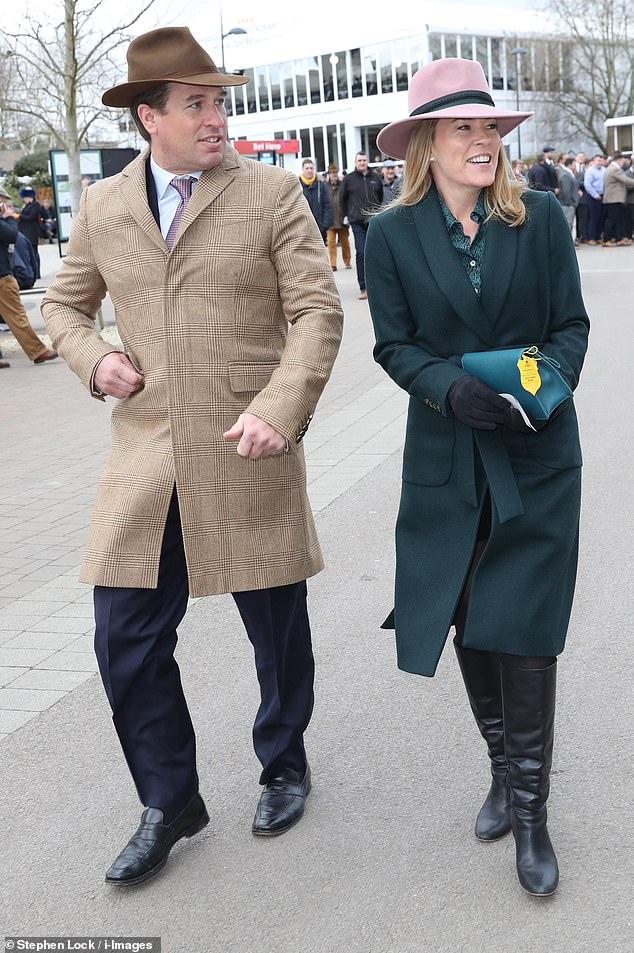 The friendly exes, who continue to live in Gloucestershire to co-parent their children, proved there was no bad blood between them today 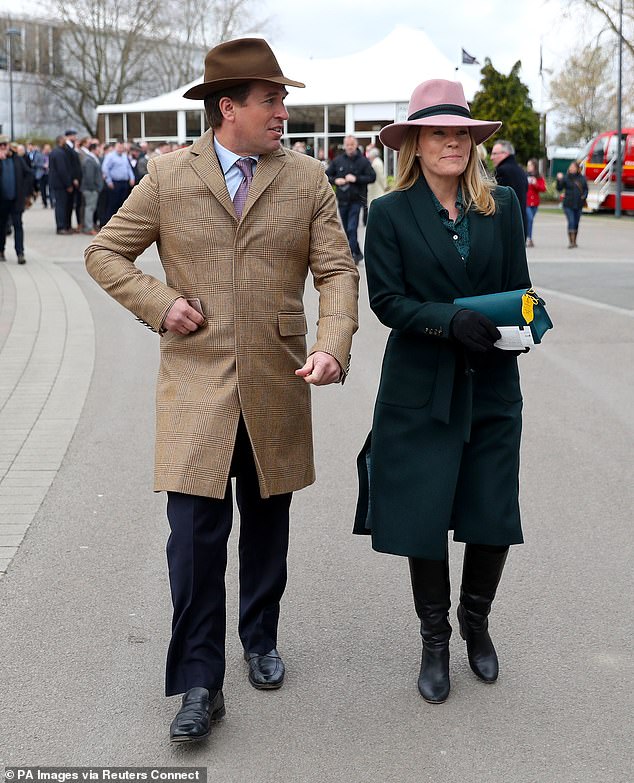 Autumn’s mother-in-law Princess Anne was also in attendance, and similarly opted for an all green outfit and a pair of navy gloves. The two were seen sharing a joke at the racecourse on Tuesday.

Autumn and Peter announced last month that they had separated after 12 years of marriage.

They revealed they had informed their families of their ‘amicable’ decision to divorce ‘at the end of last year’ after deciding it was ‘the best course of action for their two children and ongoing friendship’.

The statement, released by a spokesperson on behalf of the couple, revealed the former couple have both remained in Gloucestershire to co-parent daughters Savannah, nine, and Isla, seven. 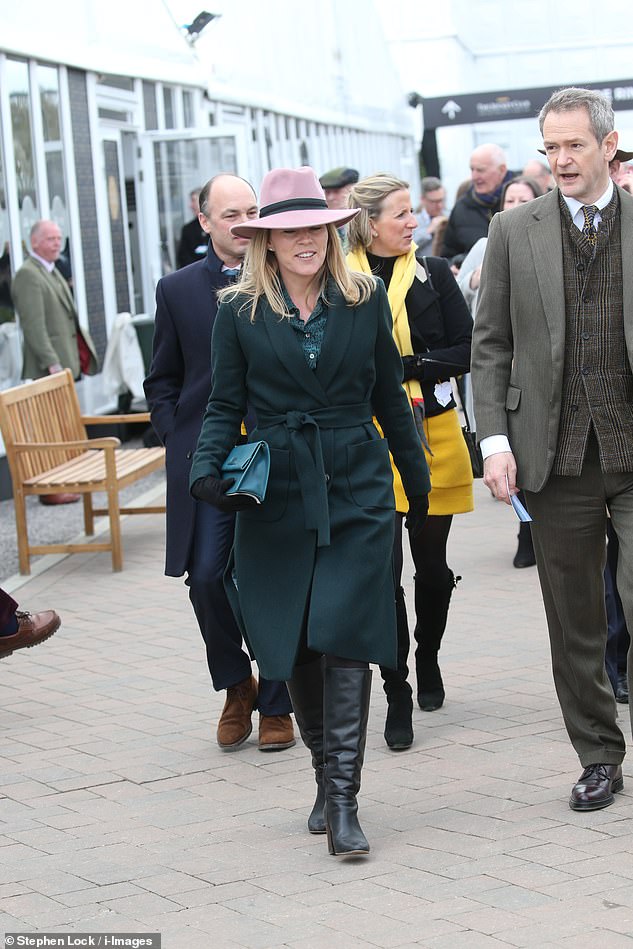 Canadian-born Autumn made her second appearance at the Cheltenham Festival – with her first being on Tuesday, which marked the first time she was seen in public following their split 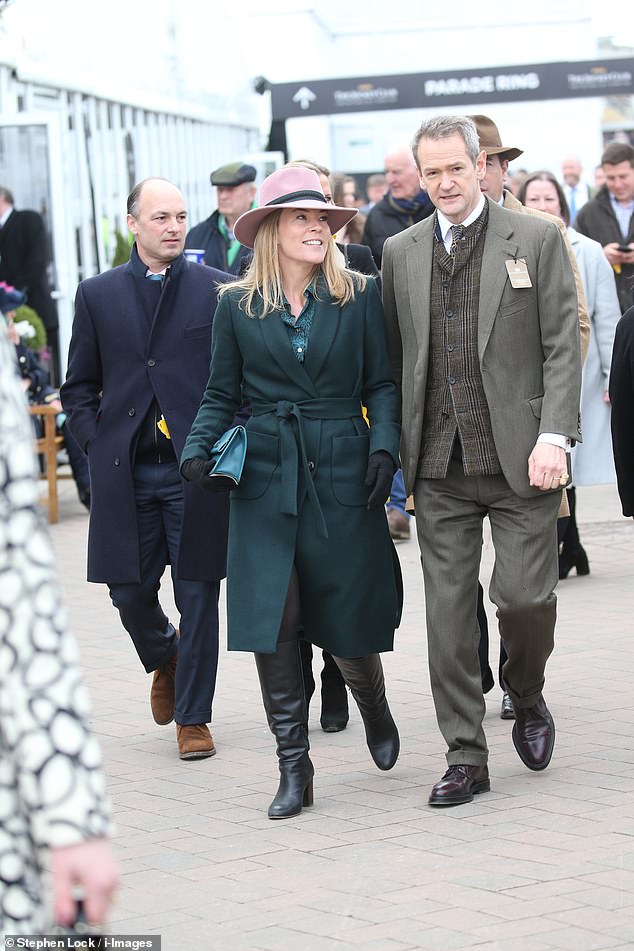 Autumn and Peter continue to live in Gloucestershire while they co-parent their daughters, Savannah, nine, and Isla, seven 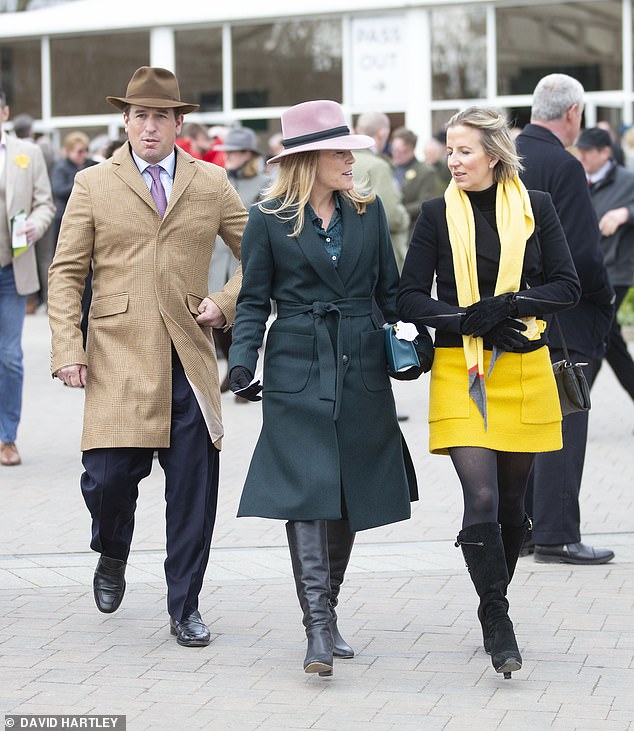 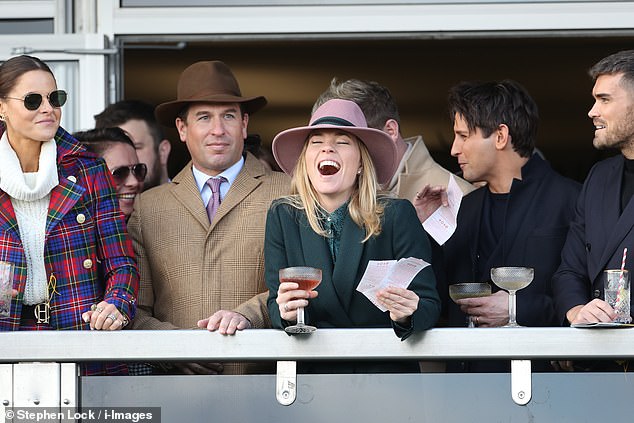 The statement issued by Gerard Franklin, their official spokesperson, read: ‘After informing HM The Queen and members of both families last year, Peter and Autumn jointly agreed to separate.

‘They had reached the conclusion that this was the best course of action for their two children and ongoing friendship. The decision to divorce and share custody came about after many months of discussions and although sad, is an amicable one.

‘The couple’s first priority will remain the continued well being and upbringing of their wonderful daughters Savannah and Isla.

‘Both families were naturally sad at the announcement, but fully supportive of Peter and Autumn in the joint decision to co-parent their children. Princess Anne opted for a dark green coat and complementary hat, and also opted to wear a pair of gloves amid the coronavirus epidemic 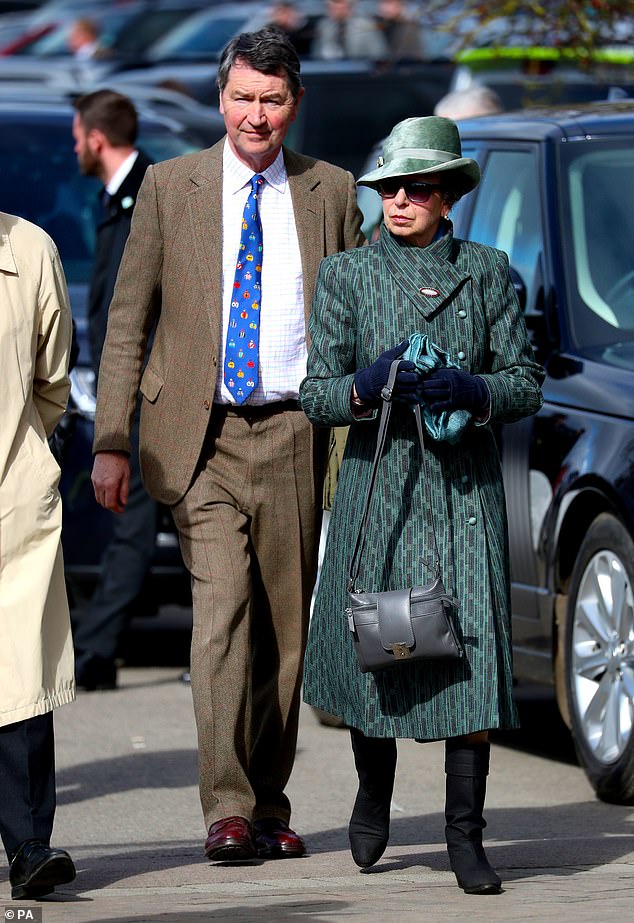 The royal completed her outfit with a pair of black suede boots, matching bag and a pair of tinted sunglasses. Pictured, with Timothy Laurence 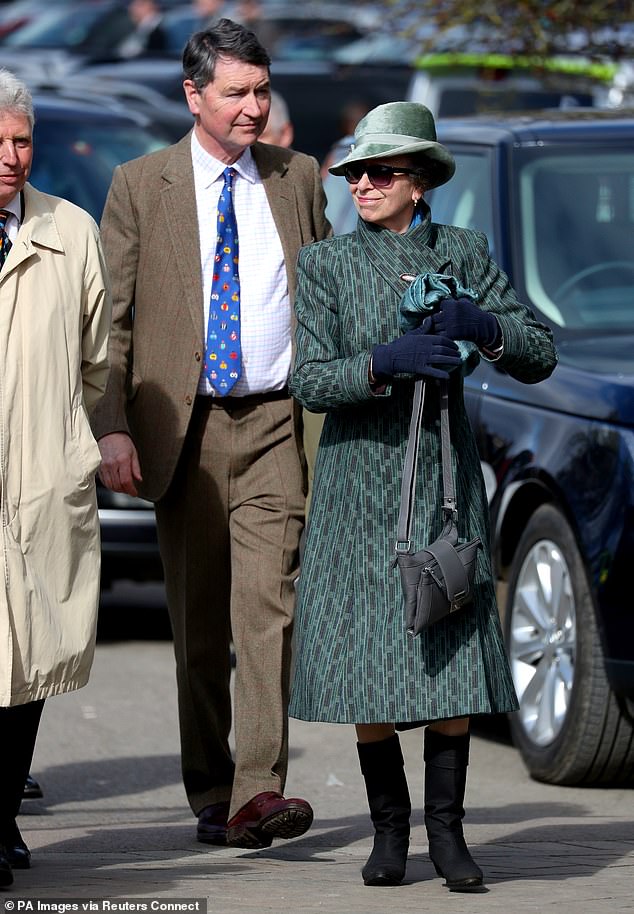