What’s going on with Kelley Flanagan and Nick Viall? That’s the question fans are asking.

The reality stars sparked dating rumors after Viall posted a picture of the duo to Instagram on Thursday.

“She’s not with Peter [Weber],” he captioned the image.

Neither Flanagan nor Viall have commented on the speculation. However, it looks like Bachelor Nation is totally here for it.

“Here for it,” The Bachelor‘s Alayah Benavidez added.

Even Chris Harrison seemed to be doing some shipping.

“Loved seeing you guys get so cozy last night,” he added. “Here for it.”

Viall and Flanagan attended a Los Angeles launch party for Harrison’s Seagram Tropical Rosé earlier this week. There, the Chicago attorney set the record straight on another romance rumor, this time involving Weber.

Fans wondered whether Weber and Flanagan had reunited after she was spotted in the audience at The Bachelor: After the Final Rose. 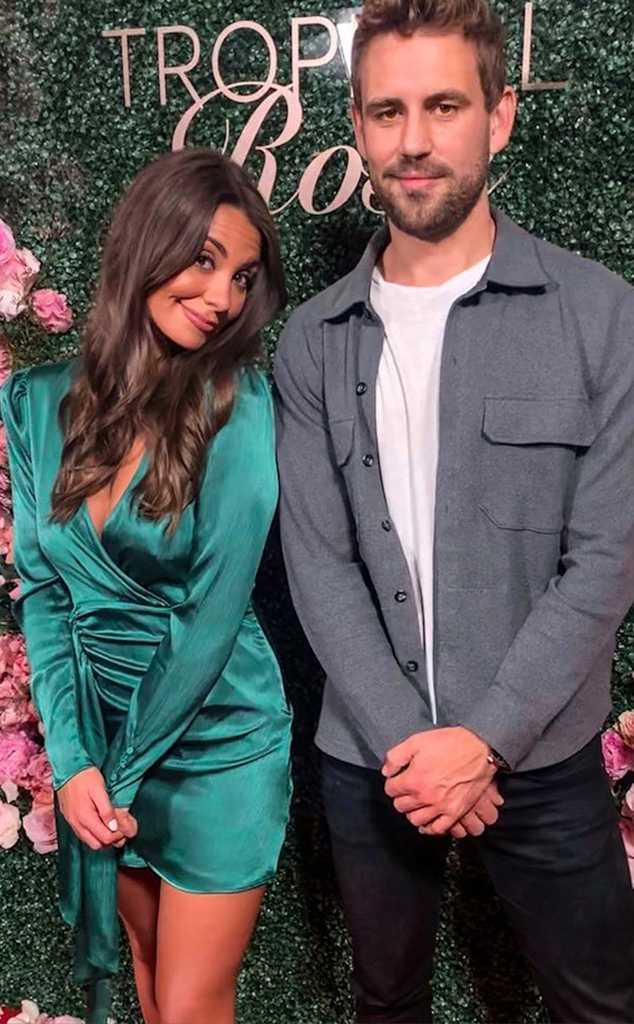 However, Harrison told David Spade Flanagan was a “red herring [and] little Easter egg we threw out there for Bachelor Nation.” Even Flanagan told E! News she didn’t know why she was invited.