Ben Higgins still has nothing but love for Lauren Bushnell and JoJo Fletcher, but it’s safe to say that the season 20 finalists won’t be texting the former Bachelor as ABC revisits the show on the Monday, June 22, episode of The Bachelor: The Greatest Seasons — Ever!

“Not Lauren, we haven’t talked [about the show re-airing]. She’s married. I’m happy for her, and she found her partner,” the 31-year-old reality TV personality told Us Weekly exclusively while his partnership with Jared. “I mean, if she reached out saying, ‘Hey, how are you going to handle this? This is what’s sensitive me …’ I would love to take that call from her, but I don’t think I’m needed in this moment for her.”

Higgins and Bushnell got engaged during the March 2016 finale of the ABC dating series. After more than a year together, they announced their split in May 2017. The former flight attendant went on to marry country singer Chris Lane in October 2019. Fletcher, for her part, got engaged to fiancé Jordan Rodgers on the season 12 finale of The Bachelorette. 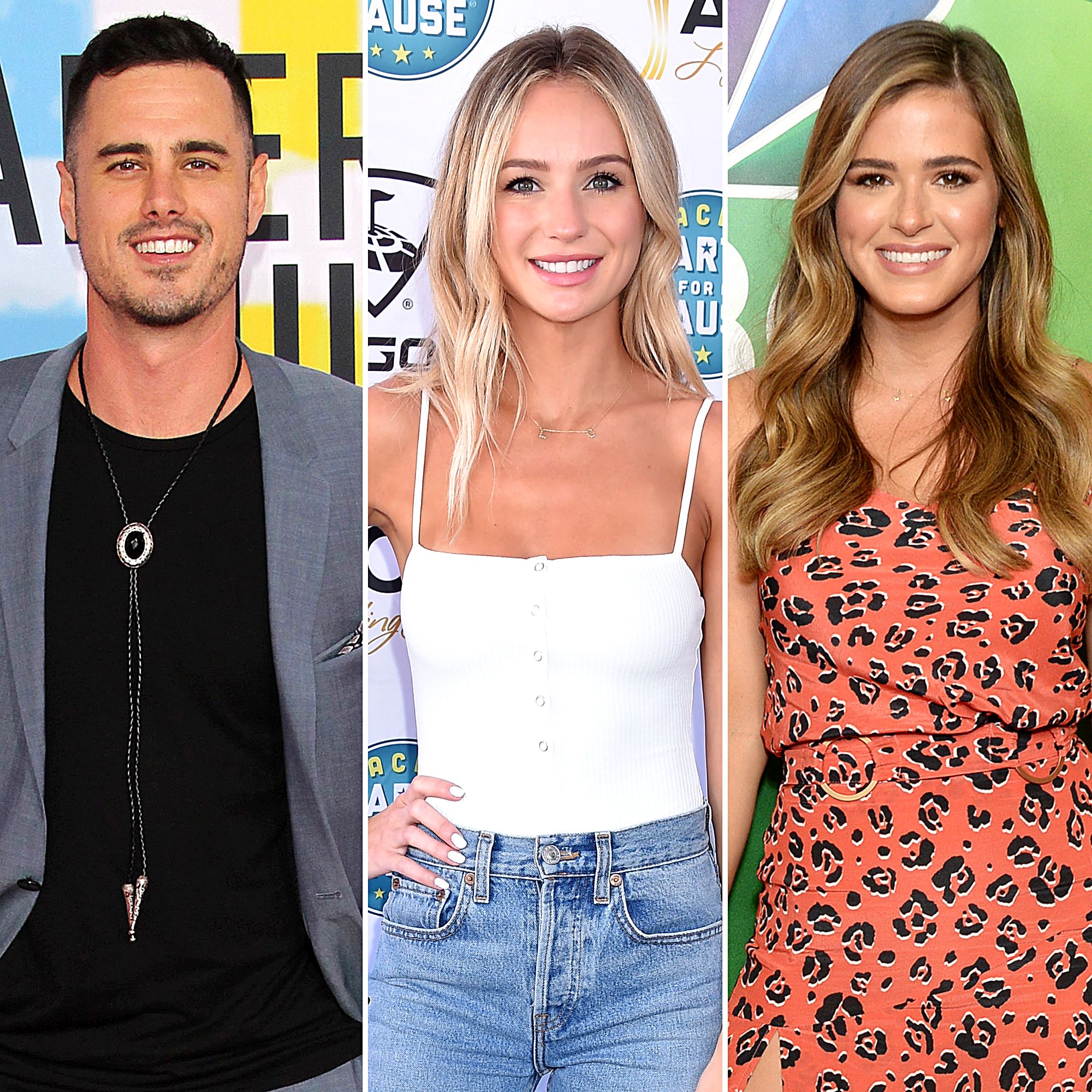 “JoJo and I are good friends. I have a lot of respect for her and Jordan,” Higgins told Us. “The same kind of thing, if she has a man and a confidant by her side that she probably leans in on. If I saw her, it would be … I actually saw her in the airport last year. It was awesome to see her and Jordan together, but we don’t keep in close contact. I think just because for me, and probably for them, it wouldn’t be healthy. It’s not smart.”

The “Almost Famous” podcast host added that his fiancée, Jessica Clarke, won’t be tuning in when ABC airs a condensed version of season 20 on Monday.

“She’s going to get through that day, and probably the week afterwards, with all the comments about my season, and then we’ll move on. But it’s not healthy, I don’t think, for her to probably watch it,” he told Us, noting he only has nice things to say about his time on the show. “This was a great experience for me. It changed my life forever, and in the best ways, for the most part. And it’s expanded my life in ways I never could have imagined.”

Higgins took to Twitter on Sunday, June 21, to reveal that the network sent the episode of The Bachelor: GOAT early.

“Hey #bachelornation I decided to watch the screener for tomorrow nights #TheBachelorGOAT. And when I say watch I mean covering up my eyes, smacking my forehead, turning red and praying for grace from all of you tomorrow!” he tweeted. “See you all tomorrow!”

Higgins then posted a photo of himself watching.

“You asked for a reaction photo … this has been me for 1 hour and 30 min now,” he captioned a photo of himself covering his eyes. “You all are in for a lot of laughing at me tomorrow. Have fun. #bachelorgoat.”

Related posts:
June 22, 2020 Lifestyle Comments Off on Ben Higgins Reveals Why He Isn't Close With Exes Lauren or JoJo
Celebrity News:
Alicia Keys Teams Up with E.l.f. Beauty for New Lifestyle Beauty Brand!
Joey King on Jacob Elordi's Claim He Didn't Watch 'Kissing Booth 2'
Jennifer Garner Spotted With Bradley Cooper and His Kid Amid Split Rumors With Boyfriend
Fabolous and T.I. Blasted on Social Media for Revealing Record Labels Insisted They Hide Their Wives and Families
'General Hospital': Wes Ramsey Had a Crush on Laura Wright Long Before They Started Dating
Recent Posts
This website uses cookies to improve your user experience and to provide you with advertisements that are relevant to your interests. By continuing to browse the site you are agreeing to our use of cookies.Ok