A bride-to-be says her husband’s best friend has been calling marriage a ‘mistake’ since he was asked to be the best man at their wedding — and now he plans to try to sabotage their relationship by hiring a prostitute for the bachelor party.

The future bride, 27, wrote on Reddit that she been with the groom, 29, for seven years, and they plan to tie the knot next spring.

But from time the groom asked his childhood friend to serve as best man, the friend has said repeatedly that the groom should dump the bride and sleep around instead, and he even intends to encourage him to cheat at the bachelor party in hopes of derailing the marriage. 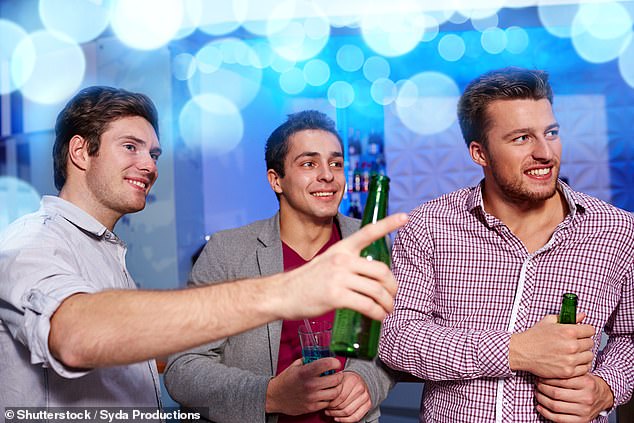 Rude: A bride-to-be says her husband’s best friend has been calling marriage a ‘mistake’ since he was asked to be the best man at their wedding

The bride shared the troubling scenario, saying that she has been left ‘angry and hurt’ by the best man’s behavior and wants to disinvite him — but unfortunately, she is facing some resistance on that front.

She said that her fiancé, Peter, and his best friend, Matt, have ‘always been close,’ so it was natural that Matt would be the best man. But things were strange from the moment Peter asked him.

‘Matt agreed without much enthusiasm, and on condition that he’d be allowed to always tell what he was thinking,’ the bride wrote.

‘From that point, anytime we would get together he would ALWAYS, without fail, bring the subject of marriage and how he absolutely didn’t believe in it, that he thought Peter was making a mistake and would be better off dumping me and sleeping with random girls.

‘Peter talked to him multiple times, and each time he said that he’d been allowed to speak his truth and so we couldn’t ask him to shut up.’

Peter started to consider choosing another best man, but felt ‘conflicted’ about excluding his friend.

Then things took a turn this weekend when they spent time together.

‘Matt said that he would be, again, “speaking his truth” during his toast and wasn’t afraid to say at the wedding that he didn’t believe in marriage,’ the bride wrote.

‘He then proudly announced that he would be hiring a prostitute for the bachelor party to “test” Peter and that he was planning on doing everything he could to push him to the edge and make him cheat on me and realize he was making a mistake.’

The bride said she has ‘complete trust’ that her fiancé won’t cheat, but that’s besides the point.

‘I was so hurt that his best man would try something like that,’ she said. ‘I lost it, and told him to get out of my house. I was angry and hurt and asked Peter to uninvite him, because I couldn’t imagine having my wedding with him around.

‘It’s also my day and I don’t want to spend it hearing about how my fiancé is making a mistake marrying me. I also don’t want my family to be forced to sit through a toast basically humiliating me. I want this day to be a happy one, to be about us and our commitment to each other and not about the best man’s disbelief in marriage.’

Unfortunately, she said, her husband-to-be still feels ‘conflicted’ — and what’s worse, some friends are taking the best man’s side, saying the bride has no choice in her groom’s best man.

‘I am hurt and scared & most of all sad that this moment that should be so exciting and happy for us would turn to THIS,’ she said.

Redditors rushed to comfort the bride, agreeing that the best friend should be kept far away from the wedding.

‘Nope. Not invited to your wedding. How is this even a question? Go tell your fiancé right now this is a dealbreaker. Someone openly brags that they are going to do their best to make him cheat? And he still considers this person a friend?’ wrote one. ‘This is the hill to die on. If your husband is willing to go along with this, who knows what else he will end up allowing?’

‘It’s one thing to just not like your partner’s friends but have to tolerate the friendship because it’s not your call. It’s another thing entirely to stand by while someone openly and repeatedly tells you that they’ve planned ways to make your partner cheat and break up with you,’ wrote another.

‘He seems like the type that would object during the ceremony and use the “they said I can speak whatever I’m thinking” excuse to keep himself from receiving the blame,’ said a third.

Several also called out her future husband for not putting his foot down and booting the friend.

Related posts:
May 25, 2020 Lifestyle Comments Off on Best man wants prostitute for bachelor party to push groom to cheat
Celebrity News:
Tom Hanks & Rita Wilson Arrive in Greece to Celebrate His Birthday!
Get to Know Marwan Kenzari & His Girlfriend Nora Ponse!
Jordyn Woods, Sailor Brinkley-Cook & Vanessa Hudgens Rock White Swimsuits As They Celebrate Summer
Candace Owens Allegedly Scams Millions Out of Republicans via Anti-Black Lives Matter Initiative
Brooklyn Beckham Is Engaged to Actress Nicola Peltz
Recent Posts
This website uses cookies to improve your user experience and to provide you with advertisements that are relevant to your interests. By continuing to browse the site you are agreeing to our use of cookies.Ok