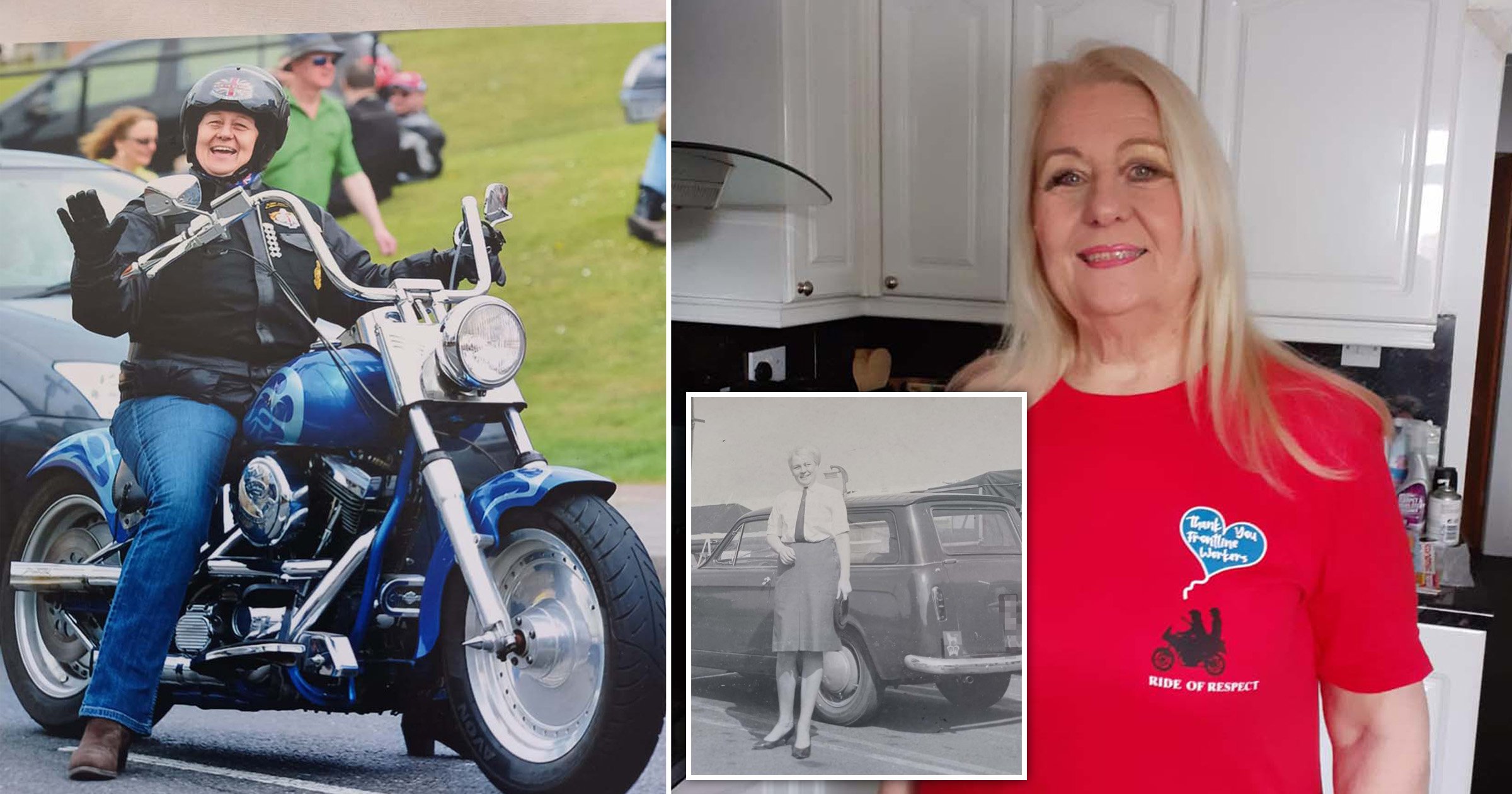 A Harley-Davidson-riding gran is hosting a biking extravaganza later this month to fund counselling for frontline staff, who have worked during the pandemic.

She’s even got the royal seal of approval from Prince William.

Julia Stevenson and fundraising group Ride of Respect, of which she is a founding member, are behind the biking event – which is usually held annually to support the military.

But this year it’s in aid of charity Frontline19, with the aim of raising money to provide free counselling for NHS staff, police, funeral directors, mortuary workers, paramedics and others who risked their lives by working over the past year.

The 72-year-old biker said: ‘I wanted us to do something to help those people get counselling if they wanted it, so I wrote to Prince William to ask which charity we should raise money for and explained I wanted one where we could be sure it would go on paying for counsellors and not on admin.’

Julia, from Kent, used to be a driver in the armed forces so says she’s familiar with PTSD.

As a result, she wants to support frontline workers in any way she can.

She adds: ‘I know people see things which can be distressing and even when they have been trained to cope, many of them end up with PTSD. So, imagine how it must be for the people who have seen distressing things caused by Covid. We are all indebted to them.

‘I know, at the beginning, we stood on our doorsteps and clapped and we lit candles for all those who have been affected, but it is not enough. We need to be able to offer immediate, free and confidential counselling to any frontline worker who wants it.’

Julia founded Ride of Respect back in 2011 with some of her biker friends.

They all decided to put their love of motorbikes to good use to raise money for military causes.

She said: ‘We had seen so much of all these fallen heroes coming back from Afghanistan, I knew people who had lost their sons and daughters and we saw the destruction.

‘I went to Surrey’s Headley Court rehab centre and saw soldiers and members of the armed forces with limbs blown off. It was shocking and I knew they needed help for the rest of their lives, while others from past conflicts and those suffering from PTSD went largely unrecognised.’

Julia’s efforts over the years have even been noticed by the royal family.

A few years ago, Princes William and Harry took part in a leg of the first Mother’s Day Ride of Respect and remain solid supporters to this day.

The Duke of Cambridge has passed on his good luck wishes, through his office, for this year’s event.

Mum-of-two Julia typically puts a call out through the Ride of Respect Facebook page for support – resulting in thousands of bikers meeting and riding together.

However, Covid-19 means that this year she has organised it so people ride within their own county boundaries.

The distance they cover and their time doesn’t matter, as long as they raise money for Frontline19.

She adds: ‘We call it a Red Road Day and the public can join in by buying a red t-shirt from our website and by supporting us from the side-lines.

‘I want the public to get involved and donate as much as possible, I want everyone to join in and show how much we respect the frontline workers.

‘The biking community is a very good example of how we can all show respect to one another, live together and appreciate each other.

‘If I could live in a biking community – where everyone is accepted and appreciated – I would.’

The ‘Red Road Day’ Ride of Respect for Frontline19 takes place on June 27 2021. Donate and find out more here: therideofrespect.co.uk